Ravinder Johal will be steering the New West school district's anti-racism efforts and helping to ensure that all students are given 'an equal opportunity to thrive'
Feb 5, 2021 6:10 PM By: Julie MacLellan 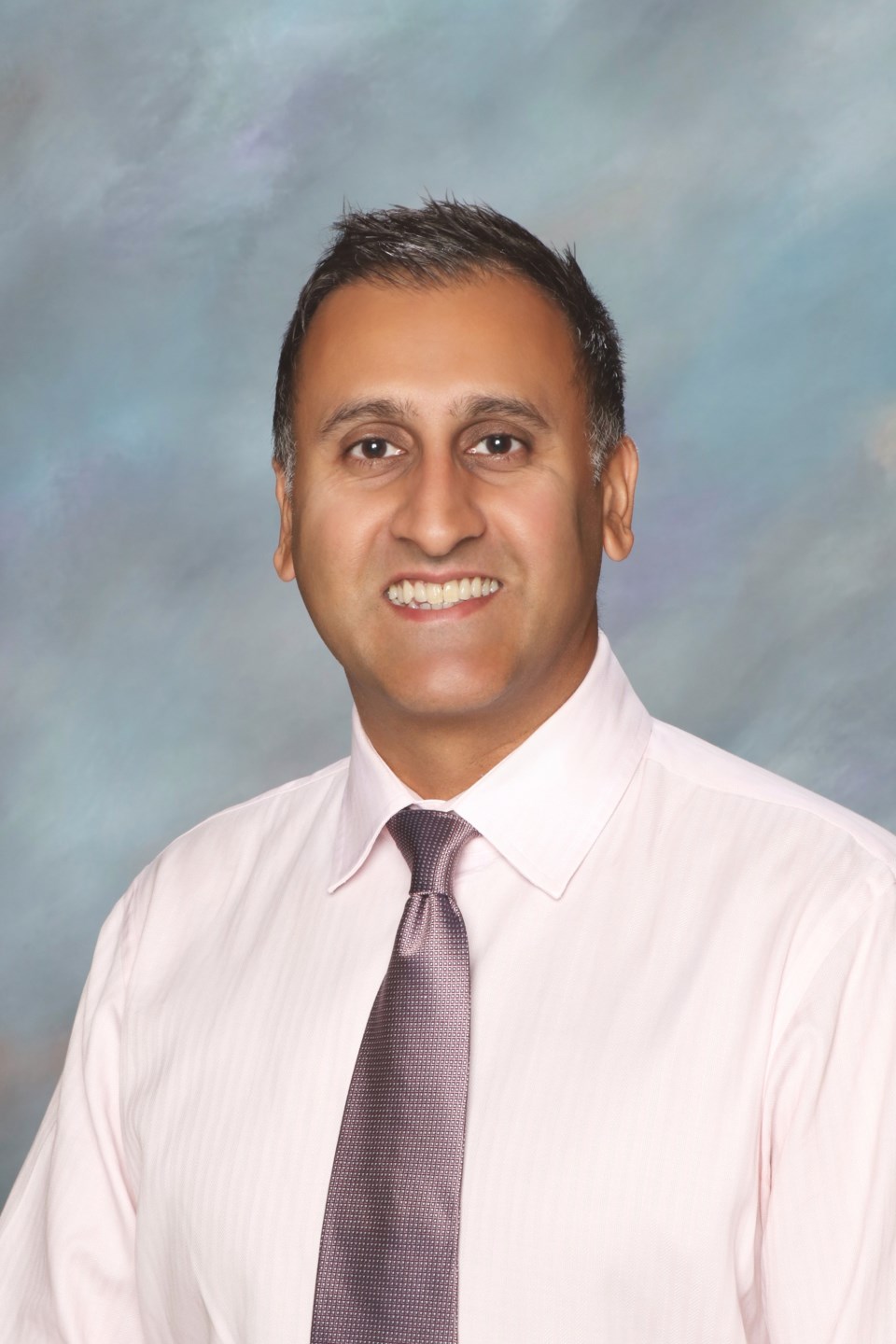 It is, in some ways, a daunting time to be taking on a new job.

Just ask Ravinder Johal, who was hired as the New Westminster school district’s new district principal of equity and inclusion in the midst of the COVID-19 pandemic.

Johal, who’s been on the job for a month now, said the current circumstances make it, in some ways, a less than ideal time to start conversations about equity and anti-racism.

“People are exhausted. People are tired. Things are challenging; life is challenging for so many people right now,” he acknowledged. “These questions and discussions around equity and inclusion, they’re not easy. They’re tough and challenging, but they’re very timely.”

With the pandemic having a disproportionate impact on racialized communities, Johal noted it has shed new light on some of the inequities that have long existed in society.

Which is why, he said, there’s no better time than now – when the world is being forced to forge a “new normal” for the future – than to start incorporating those discussions into the daily life of the school district.

Johal is already a New Westminster parent, with two children in elementary school in the district. He comes to his new post via the Richmond school district, and prior to that from Ontario’s Peel district, in the Greater Toronto area. His studies – including a master’s and a PhD – have helped him to explore more deeply the experiences of his own life as a second-generation Canadian.

“Growing up as a second-generation Sikh Canadian and struggling with identity, fitting in at different points in my life … It was a lifelong passion,” explained Johal, who grew up in Brampton, Ont. “My professional and personal journey has always been around the theme of equity.”

Though issues around racism – particularly that affecting the Black and Indigenous communities – have shot to prominence in media coverage over the past year, they’re not new issues to Johal.

But Johal acknowledges that, at the same time, he lives with other aspects of privilege: he’s an able-bodied male, middle-class, who was given the opportunity to go to school and pursue post-secondary education.

He knows those other aspects of his story aren’t true of everyone else’s, which is why his efforts to promote equity and inclusion are focused not just on race but on how it intersects with other factors: gender, sexual orientation, socioeconomic status.

His job involves working closely with other district staffers, including Indigenous education coordinator Connie Swan and SOGI (sexual orientation and gender identity) lead Kai Smith, on ways to support inclusion through all those lenses.

“I think that intersectional piece is so key, because when we talk about people’s experiences, we have to honour and respect that people have multiple and varied stories. There isn’t one Black experience, one Indigenous experience,” he noted.

One thing he’s not interested in doing, however, is debating the existence of racism or the need to combat it.

He knows there’s a perception among some that, here in Canada, we celebrate our multicultural fabric and our diversity – or, as he puts it, that “we’re this cultural mosaic that lives in harmony.”

The danger in that thinking, he says, is that it can make people not want to make space for race-based discussions.

“We’re not looking to prove that racism exists,” he said. “We know that it exists in our social institutions across Canada. We do have to have hard conversations and critically assess what’s happening in our institutions, whether it’s health care, whether it’s the courts, whether it’s education.”

One of Johal’s tasks now is to co-chair, along with school board chair Gurveen Dhaliwal, the school district’s new anti-racism advisory committee.

The committee is tasked with steering the creation of an anti-racism policy and framework for the school district, as the school board voted to do last spring.

Johal and that committee are looking to engage consultants who can lead some of that work on behalf of the school district and offer a “critical outside perspective” on what the situation is in the district right now.

“We’ve got some issues that are deeply entrenched. It’s going to be work that requires listening, learning,” he said. “We really have to get a good grasp of what’s happening in our local community. That’s a balance of quantitative and qualitative data: hearing from our students, hearing from our families about some of the challenges they’re encountering.”

In a district as diverse as New Westminster, Johal said, that work can be both exciting and challenging.

“Each school, each community in New West has its own dynamic,” he said. “There’s a commitment to a long path ahead. It’s going to take time.”

Johal admits the work ahead can seem daunting because “equity and inclusion” is a giant umbrella.

But living alongside and within the big philosophical picture are some practical steps the district can take – and already is taking – to put those values into practice.

Johal noted a great deal of work is already being done at the local level, by individual schools and by the district, to address issues of equity in the classroom.

He cites work being done around Black History Month and efforts to “Indigenize” the curriculum as examples. But he doesn’t want it to stop there.

“How can we move it so that these are part of our everyday conversations, part of our daily curriculum – not one-off, not just looking at it as one specific day, one specific month?” he said.

Conversations around the renaming of Richard McBride Elementary School are another example of putting the philosophy of equity and inclusion into practice.

“It’s a great example of the work that we have to continue to do, that we have to acknowledge our history and how it’s deeply harmed and hurt certain people, and how we grow from that,” Johal said.

Ultimately, Johal has his sights set on some long-term goals to make life better for all the district’s students.

He wants to see better student outcomes – such as improving graduation rates for Indigenous students, which have been trending upwards but still lag behind the general student population.

He wants to have in place sound policies and protocols to address anti-racism, so that if instances of racism do come to light, there are processes in place to deal with those incidents.

He wants to see resources in place for staff, students and families to address conversations around equity and anti-racism.

And he wants to ensure that staff continue to have access to solid professional development to help them steer this ongoing work in the district.

“It’s making sure this isn’t a one-off, that it’s something that becomes part of our regular routine and practices on school sites and at a district level,” he said.

“At the end of the day, we want to improve the safety, opportunities and emotional well-being for all our students and families. …

“We know there’s some kids who face more significant barriers than others. As educators, it’s our job to make sure that every kid, every person who walks into our buildings has an equal opportunity to thrive.”