Too far? Not far enough? Initial reactions are mixed as families respond to a letter announcing the board's commitment to undertaking anti-racism work
Oct 2, 2020 1:07 PM By: Julie Maclellan 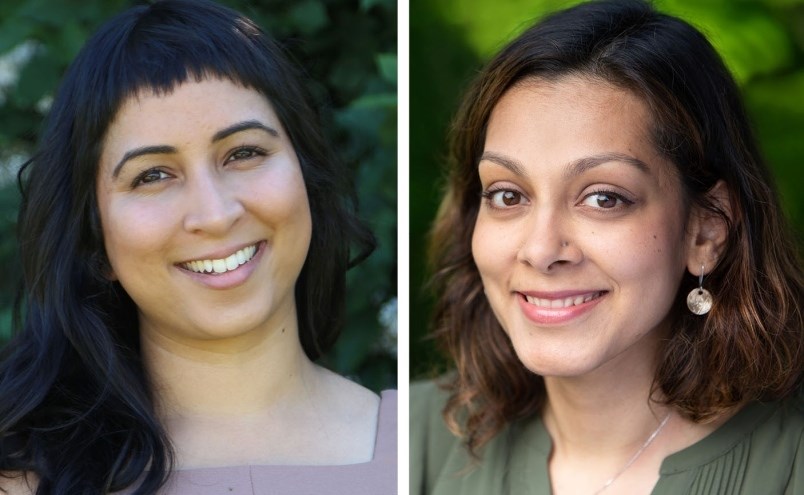 New Westminster school board vice-chair Gurveen Dhaliwal, left, and chair Anita Ansari sent a letter to families expressing the board's commitment to anti-racism efforts - a letter that prompted an outpouring of responses.Record files

If the size of a pile of letters and emails is any indication, then people have strong opinions about the New Westminster school board’s commitment to anti-racism efforts.

At their inaugural board meeting of the new school year, held via Webex on Sept. 29, trustees officially received a huge stack of correspondence that was sent in reply to a letter the board sent to district families in June.

In that letter, board chair Anita Ansari and vice-chair Gurveen Dhaliwal expressed the board’s solidarity with the district’s Black and Indigenous students, staff and families.

“Like you, we have watched too many Black and Indigenous people die at the hands of police, both in the U.S. and here in Canada. We recognize the pain and suffering that racism, in all its forms, creates,” their letter read, in part. “Black lives matter. Indigenous lives matter.”

The response from families was mixed.

On one hand, a number of writers objected to what they saw as an anti-police message.

“Not all police-related deaths are unjustified or considered to be racist,” wrote one parent. “You should educate yourself on the facts and statistics before you make a strong comment about ‘too many Black and Indigenous people’ dying at the hands of police.”

Another letter took trustees to task for using their platform to target police.

“You claim that you’re trying to do better with BIPOC, as we all need to be, yet at the expense of another group of people. It is now at the expense of the children of law enforcement, some of whom fall into the BIPOC family,” it said.

On the other hand, a number of other writers suggested the board needs to take concrete action on police presence in schools, including cutting school liaison officers.

A series of letters advocated that the board “implement evidence-based mental health and anti-racist training programs for teachers and staff and evidence-based mental health intervention programs for students, ensuring that these programs are based on trauma research and created with direct input from school communities, particularly Black, Indigenous and racialized students and parents.”

“BIPOC students need to feel safe at school, and police prevent that,” said one letter. “Please prioritize safety over policing. It’s time to take police out of schools.”

“As an Indigenous person and a youth worker, I see the negative effects that people of the BIPOC community face with contact with the police,” said another. “Having the police (in) schools adds to this contact and thus the increase of young people facing profiling, injustice, time in juvenile detention, and trauma.”

Yet another writer, citing their own mixed ethnicity and the ethnic diversity of their son’s school, cautioned the board against being “alarmist” about police violence but expressed support for the board to take “appropriate” action to tackle the issue of racism in schools.

Trustees acknowledged the outpouring of responses from the community.

“There were some very thoughtful letters to the board,” said trustee Maya Russell.

Ansari, too, expressed her appreciation for all the feedback. She noted the board will be looking at the issue of the police liaison role in future meetings and that more details on the board’s anti-racism efforts will come later this fall.

“We’ll get there, but I think this is work that should not be rushed,” she said.

You can find the full text of the school board’s original letter online at https://newwestschools.ca/a-commitment-against-racism/.

663
New West sees big jump in COVID-19 cases
331
A cafe helping people in need says pay what you can
248
Opinion: Now NIMBYs are whining about shadows from new housing
218
Filming in New West: A bright spot in a challenging year
175
New West athlete remembered for her zest for life