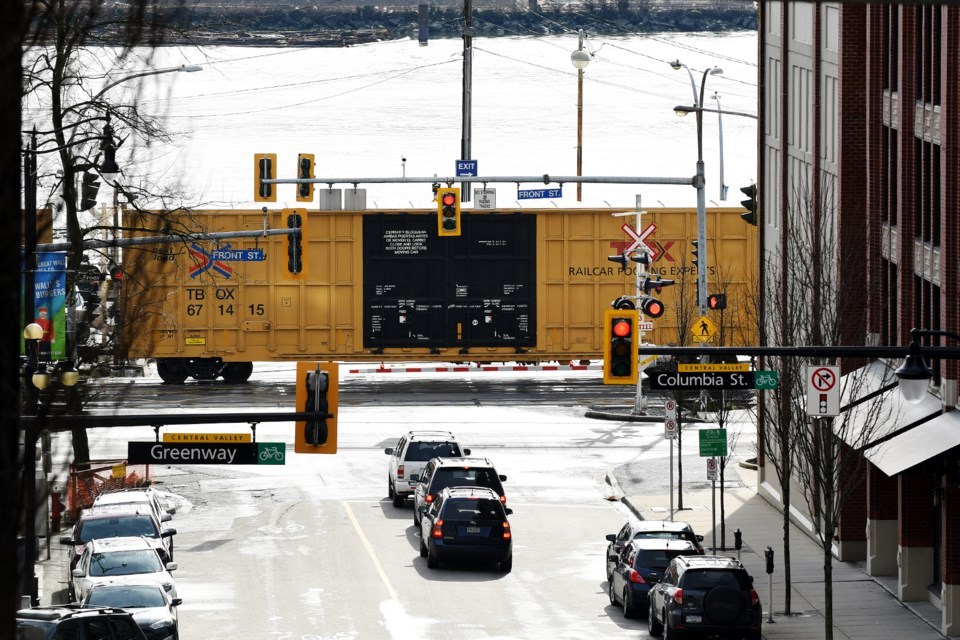 Whistle cessation at rail crossings, roads and greenways are just a few of the responsibilities of the city's engineering department.Jennifer Gauthier/The Record

Some of the city’s senior engineering staff are doing double duty until vacancies are filled at city hall.

With Jim Lowrie retiring as the city’s director of engineering as of April 30, council has approved a rotating schedule of acting directors of engineering. Until the top spot in the department is filled, the role will be filled by Lisa Leblanc, manager of transportation (May); Eugene Wat, manager of infrastructure planning (June); and Roger Emanuels (manager of design and construction).

“After July, the rotation will start again at the manager of transportation,” said an April 26 report to council. “This appointment will ensure the smooth operation of the engineering services department and the city.”

Council has designated these three managers as acting directors of engineering and has given them the authority to carry out the job until the position is filled. A search for a replacement is underway.

Coun. Mary Trentadue questioned if the managers will be still doing their own jobs while serving as acting director of engineering.

“I know that it is a really big role,” she said, “so I had some concerns about one person taking on now two roles, especially in this strange time of COVID and also the city trying to catch to a lot of work that we haven’t been able to do.”

Lisa Spitale, chief administrative officer, said the managers “already had big jobs” but they will essentially be doing two jobs while serving in their acting roles.

“That is one of the reasons why we talked about three of the managers rotating because it’s a large department,” she said. “The three are really going to act as a team to deal with the workload. So, really it’s recognizing that there is a lot of work to do and that they will need to support each other in order to do that.”

Lowrie said the managers meet weekly, and they do have staff to back them up during the period of time they’ve been appointed as acting as director.

“It’s a very important senior management position,” she said. “The director of engineering has a very large portfolio – public works, project management, capital projects, transportation, infrastructure. It is a major, major portfolio for the city, so the city wants to make sure we are taking our time and looking for the right candidate for it.”

While that process is underway, a process that could take up to six months, the three engineering managers will fill in as acting director of engineering.

“It is really great for succession planning. It gives people the opportunity as well to do some new work and allows them to get a better understanding of the job,” Spitale said. “There are benefits, just as an organization, when we have some of these acting rotations.”