New Westminster schools' child and youth liaison officer program is on a temporary hold as the district considers its future
Apr 7, 2021 6:05 PM By: Julie MacLellan 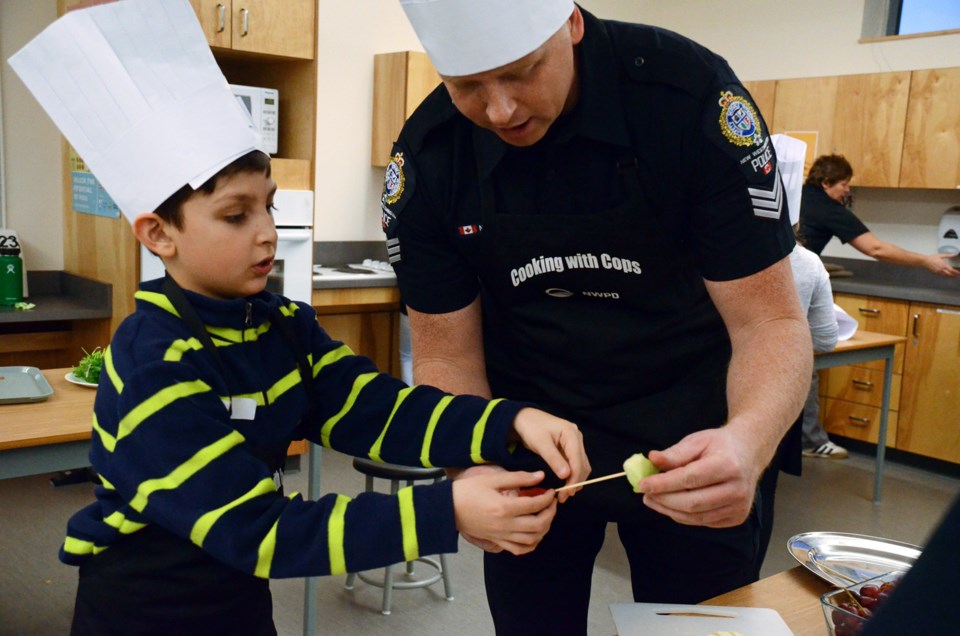 A Cooking With Cops program (seen here in 2018) is one of many initiatives undertaken by child and youth liaison officers in New West schools. The program is currently on hold, and NWSS is now seeking input from BIPOC students about its future.Cayley Dobie/Record files

The high school is holding a student forum April 23 to get feedback about the child and youth liaison officer program. The program, a partnership between the New Westminster Police Department and the New Westminster school district, has three police officers designated to serve as liaison officers in local schools: one at NWSS, one who serves the district’s 11 elementary and middle schools, and a community-based officer who serves the district’s alternate programs and provides extra after-hours support.

The officers' salaries are paid by the police department.

The program is on a temporary hold, with the officers reassigned to other duties, as the school district considers how best to approach its future, given the backdrop of global protests against systemic racism and police violence against racialized communities.

The student forum will be facilitated by school and district staff and will include both small and large group discussion, as well as a confidential survey. Interested students need to sign up online by April 21.

He's on the job for equity and inclusion in New Westminster schools
Feb 5, 2021 6:10 PM
Comments