Here's the latest on the Richard McBride Elementary School renaming

Public input process on renaming the Sapperton school has just closed, and a renaming committee will have a report back to New Westminster school board in May
Feb 25, 2021 12:05 PM By: Julie MacLellan 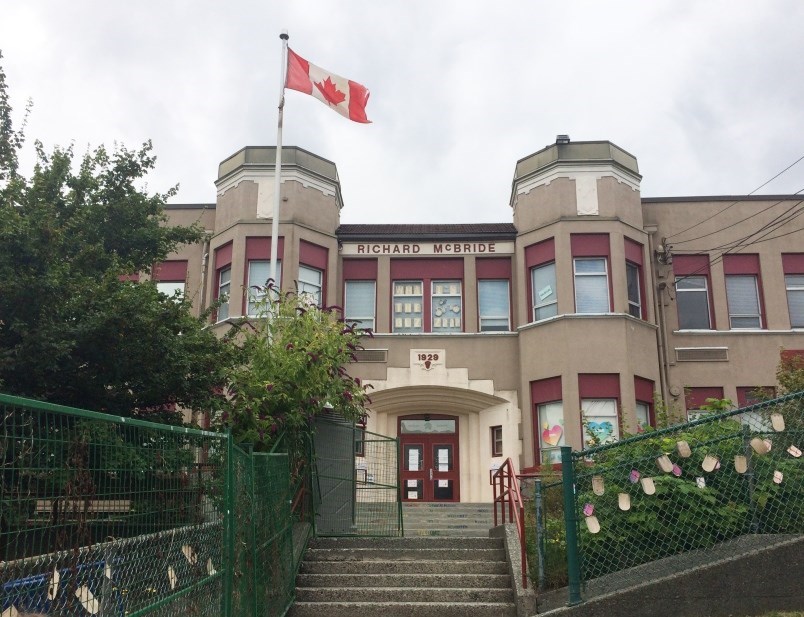 Richard McBride Elementary School has been a landmark atop the hill in Sapperton since 1929. Now the school is getting a new building, and with that building will come a new name.Julie MacLellan

The committee that’s leading the renaming process for Richard McBride Elementary School will likely have a report for the New Westminster school board in May.

That was the word from trustee Mark Gifford, who’s part of the committee, in an update to the school board at its Feb. 23 meeting.

Gifford said associate superintendent Maryam Naser has been leading the committee through “some great conversations and some difficult ones” as it works to come up with ideas for a new name for the historic Sapperton school.

Construction of a replacement for the existing, seismically unsound, 1929 school building is currently underway. Once the new school is ready, the district intends to open it under its new name.

The school’s parent advisory council approached the school district in June 2020 with the idea of renaming the school. They shared their concerns that the values espoused by McBride during his term as premier of B.C., from 1903 to 1915, don’t reflect the current values of the district and its schools. McBride publicly expressed anti-Asian and anti-Indigenous sentiments and was also opposed to women’s suffrage.

The renaming committee opened up a public input window in January to accept ideas from the community; that process just closed on Feb. 18.

Now, Gifford said, the committee will be doing some “external engagement,” including work with Indigenous partners, before its next meeting on March 11.

That meeting will likely end with what Gifford termed a “medium list” of ideas. After that, the committee will consult with groups and individuals as necessary to get more input on name suggestions. It will return to the school board with a final report, likely at the school board’s operations committee meeting on May 11.

The final decision on a new name for the school remains in the hands of the school board.

He's on the job for equity and inclusion in New Westminster schools
Feb 5, 2021 6:10 PM
Comments