Have your say on renaming Richard McBride Elementary School. Here's how. 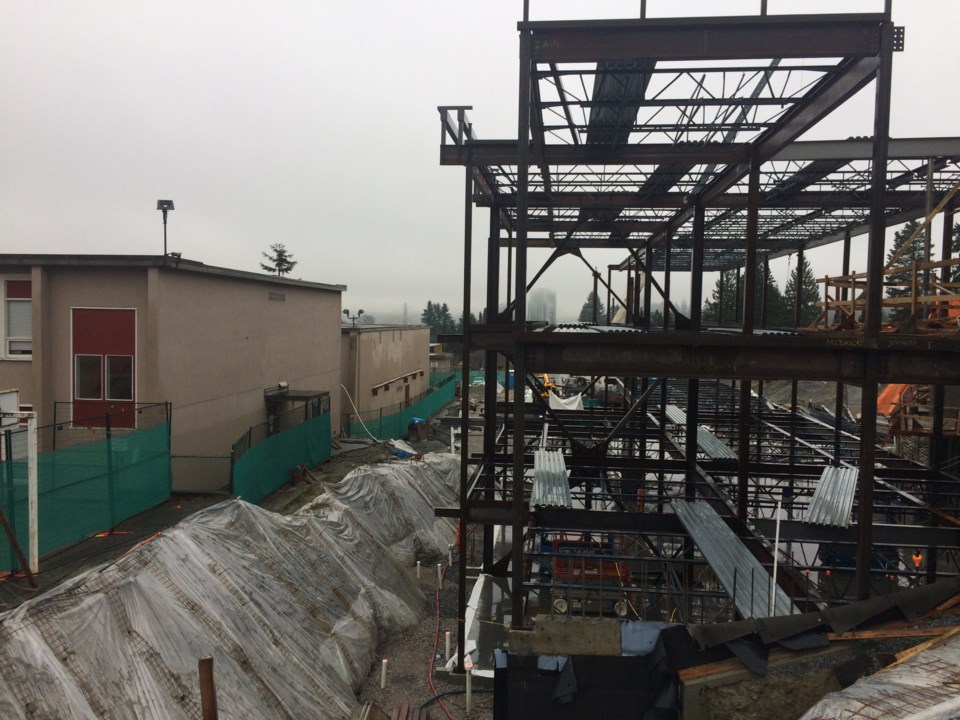 The replacement school rises next to Richard McBride Elementary School. The New Westminster School District is looking for a new name for the Sapperton school, and public input is now being accepted.Julie MacLellan

Got an opinion on the Richard McBride Elementary School renaming?

The New Westminster school district has set up a page on its website for input and suggestions on the renaming of the Sapperton school. A renaming committee – which includes staff, union reps, students, community members, the district aboriginal coordinator and others – is overseeing a renaming process after a request from the school’s parent advisory council.

McBride was the 16th premier of British Columbia, from 1903 to 1915. He held publicly expressed views against Asian and Indigenous people and against women’s suffrage, and throughout his time in office he oversaw legislation reflecting those views.

The renaming committee is looking for a school name that’s more in keeping with the district’s “core values and strategic priorities,” as the district’s renaming policy outlines.

Take note that the committee will not consider naming the school after an individual person.

With that background in mind, an input form on the school district website asks respondents whether they have a suggested name for the new school, their reasons for suggesting that name, and what general “values, priorities or inspiration” they hope will be represented through a new name.

Suggestions can be contributed up until Feb. 18 at 4 p.m. – either via the online form or in writing to the school board office (811 Ontario St., New Westminster, V3M 0J7).

The committee will use community suggestions to draw up a shortlist for consideration by the school board.

The renaming comes as a new school is under construction to replace the existing 90-year-old building on Richmond Street; once the new school opens, it’s intended to open under the chosen new name. That opening is expected by December 2021/January 2022.

Got an idea for the Richard McBride school renaming? You'll have a chance to share it soon
Nov 26, 2020 12:08 PM
Comments