While Burnaby is a city filled with families, there isn’t an indoor play park within city limits. Luckily Sky Zone Trampoline Park in Surrey is just a few high bounces away. 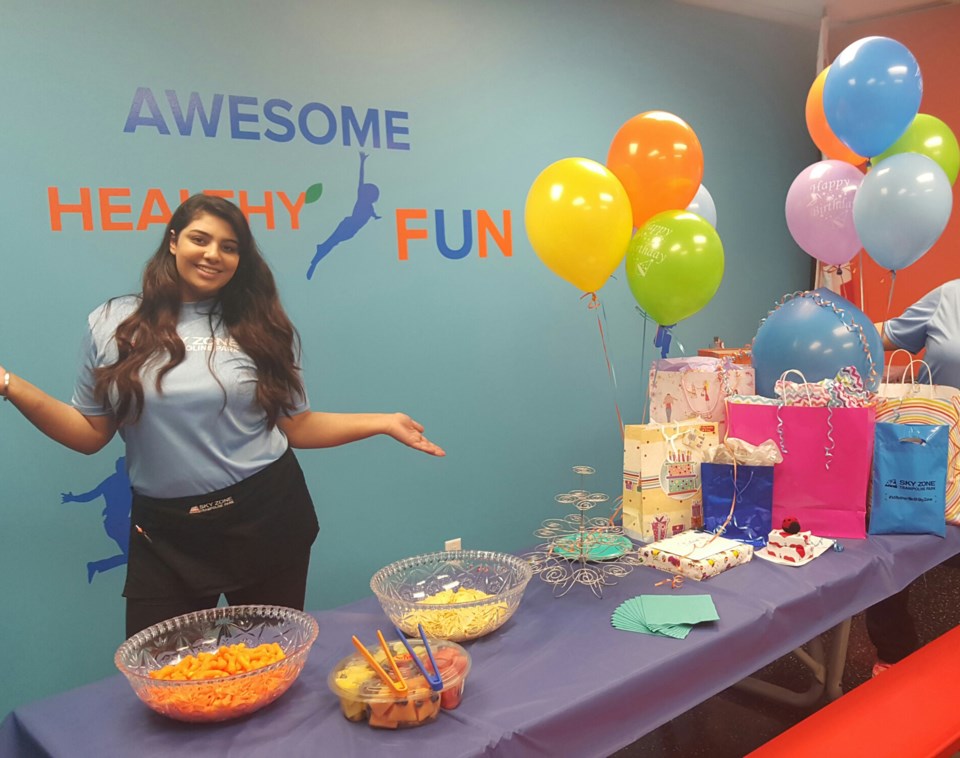 While Burnaby is a city filled with families, there isn’t an indoor play park within city limits. Luckily Sky Zone Trampoline Park in Surrey is just a few high bounces away.

The trampoline centre, which opened March 5, gives kids of all ages the chance to fly through the air, and to do so safely.

“We have a very strict protocol,” says Morey Chaplick, owner of Sky Zone in Surrey.

Big kids are not allowed to jump with little kids, especially when it’s busy, he says. There are court monitors throughout the jump park, and there is always a manager on duty.

The Surrey trampoline park is the only Sky Zone in Western Canada.  The company has been operating for 20 years and has 200 franchises worldwide.

Chaplick discovered Sky Zone when he lived in Toronto and took his son there, and was impressed by the safe, fun facility.

Now he’s opened his own park, filled with blue and orange trampolines as far as the eye can see.

But despite its size, the 30,000-square-foot facility has plenty of oversight from employees. The court monitors train for weeks at Sky Zone University, and managers are trained extensively in California, where the franchise is based.

With more than 10,000 people coming to Sky Zone since March, the worst injury they’ve had to handle was a rolled ankle, Chaplick says. His secret? Just follow the rules.

“Don’t try to do something beyond your capabilities,” Chaplick says. “Ask for help, and stay within limitations.”

The trampoline park is across the road from Scott Road SkyTrain station. The SkyTrain trip takes approximately 15 minutes from Metrotown to Scott Road station.

To find out more about Sky Zone Trampoline Park in Surrey and its safety protocols, call 778-395-5867 or visit www.skyzone.com/ca/surrey. The trampoline park can also be found on Facebook by searching for Sky Zone Surrey.

Employment centre connects job seekers and employers with the help they need
May 25, 2021 9:58 AM