Death can be seen as mysterious and fearful, even something to avoid thinking about at all. But for Holly Mitton, death is a path in the journey of life – and one that people needn’t walk alone. 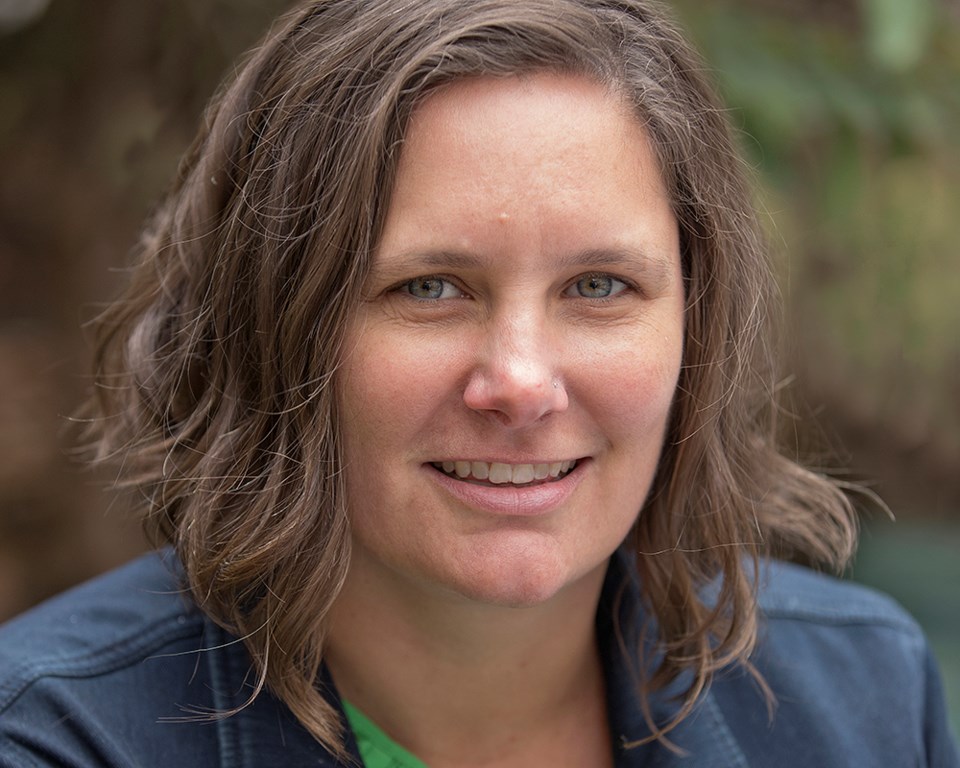 Death can be seen as mysterious and fearful, even something to avoid thinking about at all. But for Holly Mitton, death is a path in the journey of life – and one that people needn’t walk alone.

Mitton offers support, care, education, and advocacy for a wide spectrum of end-of-life needs in her role as a death doula.

“In some ways it’s very much like a birth doula, who is there to support the mom and the family going through this huge transition of life. There’s a team there – nurses and doctors and midwife and family and friends,” she said. “And the doula works to support the family within that. I do something very similar but at the opposite end of life.”

Mitton came to this path almost by accident – though in retrospect she can see that as her interest and connection to this work grew, doors opened to help her along the way.

It began when she spent time with her grandfather during his final days, sitting with him and, later, attending at the funeral home – full of questions, she says, about what would happen to him there. These questions, and her curiosity, grew – and eventually led to a job there. Later, she completed autopsy training and a degree in forensic science, and worked in that field for many years.

But when a close family friend – a young mother with two children – died unexpectedly in a tragic accident, it became incredibly clear to her how valuable this work could be.

Her background in funeral homes allowed her to step in and assist on a level that many others wouldn’t have been able to. Later, when a friend mentioned the term “death doula” – something Mitton had never heard of – it all came together.

Nowadays, Mitton’s work can vary from working oneon- one with individuals with terminal conditions or in the active dying stage, to help advocate for them and organize wishes, to assisting families after a loved one has passed away.

She has found a particular connection to supporting families through perinatal, infant, and child loss.

“This is really one of the places my heart is,” she says. This can incude helping families with miscarriages – many of which may go otherwise unmarked though the parents themselves are grieving silently.

Education is also a huge component of her work.

“Many people don’t know what is required when someone passes, or even what their options are,” she said.

For example, she’s increasingly been involved in helping people create “hybrid funerals” in which a funeral home takes care of the legal end of things – paperwork and so on – but the family can have an event at home, even bringing their loved one there as well in accordance with local laws.

Sometimes her work is largely event planning, much like a wedding planner would book venues, chair rentals, organize food and flowers – particularly if a death is very unexpected and arranging details may be overwhelming for the family.

She also offers workshops and has plans for more unique events to help spread education and give people the opportunity to talk about death.

“Sometimes people don’t know how to start that conversation, and if I can give them some tools to feel comfortable to do so, that’s important,” she said.

For more information about Profiles of Excellence and services they provide, please click here.