The work of today must, by necessity, be the dreams of tomorrow. For the City of New Westminster, that means being a leader in exploring and developing sustainable systems for today and the future. 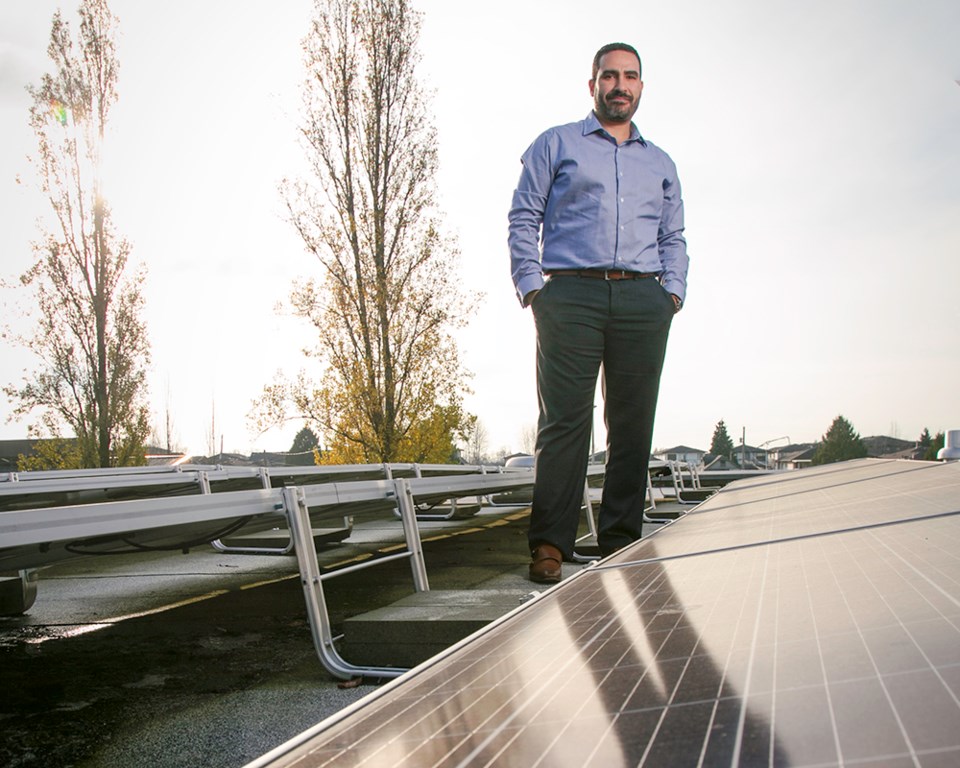 The work of today must, by necessity, be the dreams of tomorrow. For the City of New Westminster, that means being a leader in exploring and developing sustainable systems for today and the future.

An urban solar garden currently in operation at Queensborough Community Centre has been garnering recognition for its cutting-edge technology in a unique ‘Made in New West For New West’ venture.

The garden is an accessible and less expensive alternative to individual rooftop installations, and is part of the Energy Save New West program, itself part of the city’s larger goal of embracing clean local energy and the green economy. It has been in operation since June 2018, with a 50 kW array consisting of 156 solar panels. A second solar garden was installed earlier this year at the Public Works yard.

So far, the project has proven a fantastic success. Aside from being the first municipality-led community solar initiative in Metro Vancouver, it has been getting plenty of attention from other cities and organizations. Most recently, it was named the winner of the Environmental Award 2019 from the Engineers and Geoscientists of BC organization, in its prestigious annual awards program.

“The city is leading with action,” said Faltas. “The project is a template for transferability to other municipalities in BC and Canada to develop their own community-led renewable energy projects.”

He hopes to see the solar gardens developed in other communities, noting New Westminster’s version grew, in part, from the example set by Nelson Hydro with their community solar garden. “It’s extremely gratifying to participate in a community-led project that demonstrates local leadership in renewable energy.” The solar garden is operated under the Energy Save New West initiative, in partnership with Ecolighten Energy Solutions, a local consulting firm lead by CEO Ryan Coleman, supporting the city through design, mobilization and program management. The initiative is one of the longest running and most comprehensive community energy efficiency and greenhouse gas reductions programs in Canada. Any New Westminster Electric Utility customer can participate by subscribing to a portion of the solar electricity generated by the array on a per panel basis. The amount of energy generated by the garden is then credited back to a subscriber’s bills in proportion to their investment, for up to 25 years.

“New Westminster has been making important progress to reduce our carbon footprint and the Urban Solar Garden initiative is an example of our leadership in that,” said Mayor Jonathan Coté. “Moving forward, with our Seven Bold Steps for Climate Action we will continue to work with the community to address the Climate Emergency, developing new ideas and initiatives for meeting our goals.”

For more information about Profiles of Excellence and services they provide, please click here.