"We're all about the living, working Fraser River," says Stephen Bruyneel, Interim-Executive Director of the Fraser River Discover Centre (FRDC), a non-profit organization dedicated to presenting the stories of the Fraser and its contribution to soci 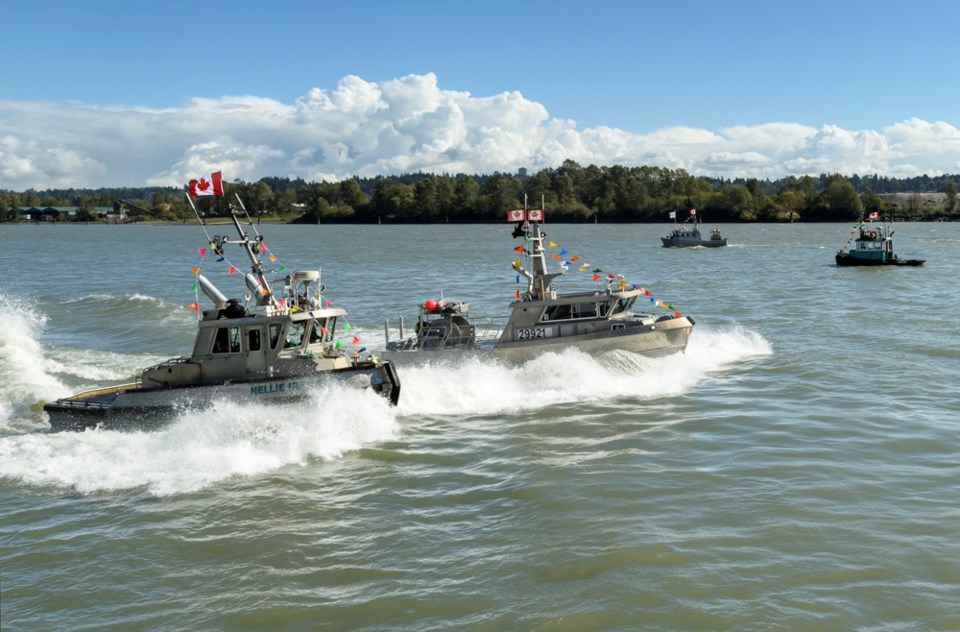 "We're all about the living, working Fraser River," says Stephen Bruyneel, Interim-Executive Director of the Fraser River Discover Centre (FRDC), a non-profit organization dedicated to presenting the stories of the Fraser and its contribution to society. “"We look at everything from a triple bottom-line perspective -- economically, environmentally, and socially."

The idea for the Centre was conceived after Expo ’86 by a number of founding patrons, including Lucille Johnstone, the CEO of Riv Tow. From a 5000 square foot Preview Centre in 2001, they led the fundraising effort that resulted in it growing into the full 17,000 square foot Discovery Centre that we see today.

In 2003, the FRDC hosted its first RiverFest event on the New Westminster waterfront in honour of the Fraser River.

"Riverfest is held to coincide with B.C. Rivers Day and World Rivers Day each year on the last weekend in September," Stephen explained. "It is a celebration of the living, working Fraser River that is free and designed for the whole family to attend. Over the years, Riverfest has grown into one of the largest Rivers Day celebrations in the Lower Mainland, with attendance in excess of 10,000!”

A new highlight this year will be the Canadian premiere of the film YAKONA, a Paul Collins and Anio Sepulveda film about the San Marcos River in Texas and its relationship with the world around it. The second evening will turn the focus to art with the annual return of *click* photos of the fraser, as well as the opening of the Living, Working River Art Exhibition, a collection of juried pieces from eight local artists, presented by the Arts Council of New Westminster.

“We like to use arts and culture to help celebrate the mighty Fraser,” added Stephen, “Entertaining our visitors is one of the best ways to increase understanding and appreciation of our great river.”

This year’s Riverfest will be held September 22 – 24, with the lead sponsor being the Port of Vancouver. In addition to YAKONA, *click* photos of the fraser, and the Living, Working River Art Exhibition, there will be hands-on activities in the Bosa Family Fun Zone, the famous Work Boat Parade, an artisan market, plus much more.