If Janice Kirkrod wrote a book, she knows what she would call it: There’s Light at the End of the Tunnel. 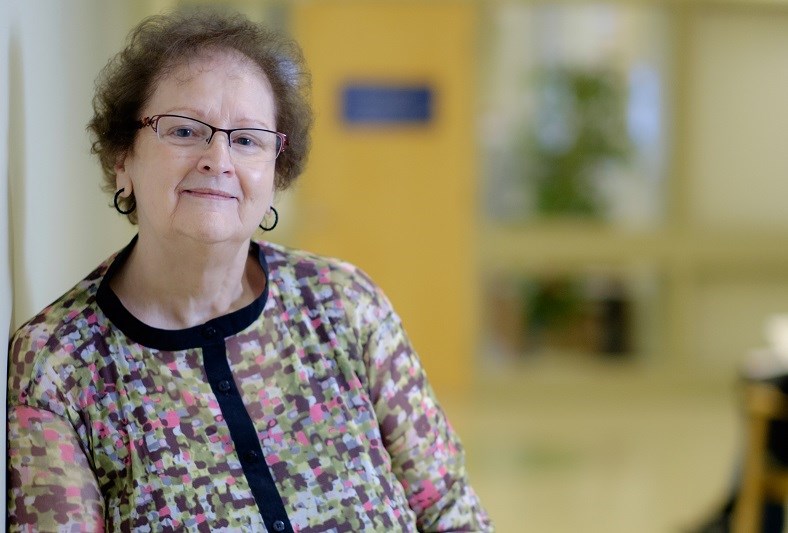 If Janice Kirkrod wrote a book, she knows what she would call it: There’s Light at the End of the Tunnel. Over the last three decades, the 75-year old Surrey resident has felt the darkness as well as the light, as she battled a depression that often left her in tears and with little energy to do much.

Janice remembers struggling for a while in her mid-40s, frustrated that the medications she was being prescribed were not helping her.

“I was horribly depressed,” she remembers. “I’ve been through quite a few medical things in my life, like cancer. But depression is the worst thing you have to go through. It’s just simply dreadful.”

During a bad episode one night, she was taken to her local hospital. It was there she first met psychiatrist Dr. Hem Phaterpekar, who eventually suggested an alternative to medications – ECT, or electroconvulsive therapy.

“Instead of using medications to change neurochemistry in your brain,” explains Dr. Phaterpekar, “we are using a current to produce a seizure, which then produces chemistry changes in the brain, which then improves the patients’ depression significantly.”

Janice believes people have the wrong impression of ECT. “They don’t zap you with a whole bunch of electricity, like they did that poor guy in the movie One Flew Over the Cuckoo’s Nest,” she says. “I’m not saying that ECT treatments are a picnic. But it’s something you have to go through in order to get better.”

“It is one of the treatments of choice for major depression in seniors,” notes Dr. Phaterpekar, who has a specialty in geriatric psychiatry. “We don’t use it unless medications fail.”

Janice had several ECT treatments and says they helped her. A few years later though, her depression returned and she underwent another course of ECT treatments. Since then, she has managed with medications and bi-monthly visits with Dr. Phaterpekarat Royal Columbian Hospital.

“I don’t know what would have happened to me if I hadn’t had those ECT treatments,” she concludes. “I really don’t.”

Royal Columbian Hospital Foundation is working with donors to raise $9.1 million for a new Mental Health and Substance Use Wellness Centre. Visit www.rchfoundation.com/mentalhealth, call 604.520.4438, or email for more information.