A New Westminster Secondary School portraiture and tessellation art project became an exercise in anti-racism
May 6, 2021 12:05 PM By: Julie MacLellan 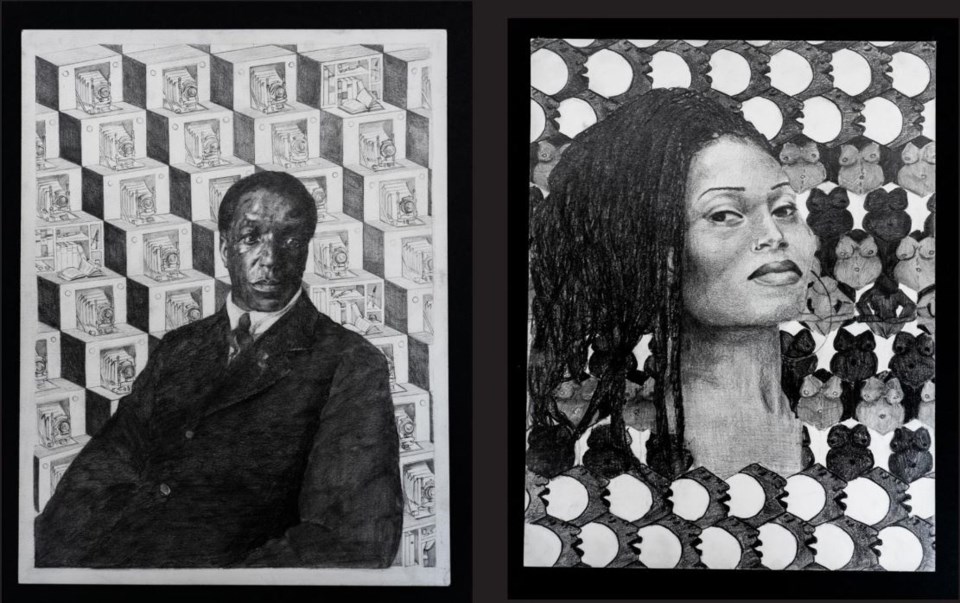 The faces that grace a booklet of artwork by New Westminster Secondary School students aren’t just an exercise in portraiture.

They’re an exercise in anti-racism and in re-examining Canada’s past and present through a Black lens.

The halls of the new high school recently featured a display of portraiture and tessellation work by art students in grades 9 through 12. The artwork has been turned into a booklet, including write-ups by students about their work.

The project started with Black History Month, which is recognized in February, when students researched prominent figures from Black history in Canada and were challenged by art teacher Ms. LeBlanc to represent their contributions in black-and-white tessellation patterns. The artwork was to be equal parts black and white to symbolize the need for equal representation – not just in contemporary society, but in the re-examination of history.

Ravinder Johal, district principal for equity and inclusion, visited the class to talk to the students.

“The students generally enjoyed learning about historical and contemporary events and figures that they previously did not know about, but at the same time, a common theme expressed by students was the challenge of finding information through extensive research – which really does speak to the collective work ahead of us in terms of incorporating diverse Black perspectives in the K to 12 curriculum,” Johal told trustees at the April 27 school board meeting.