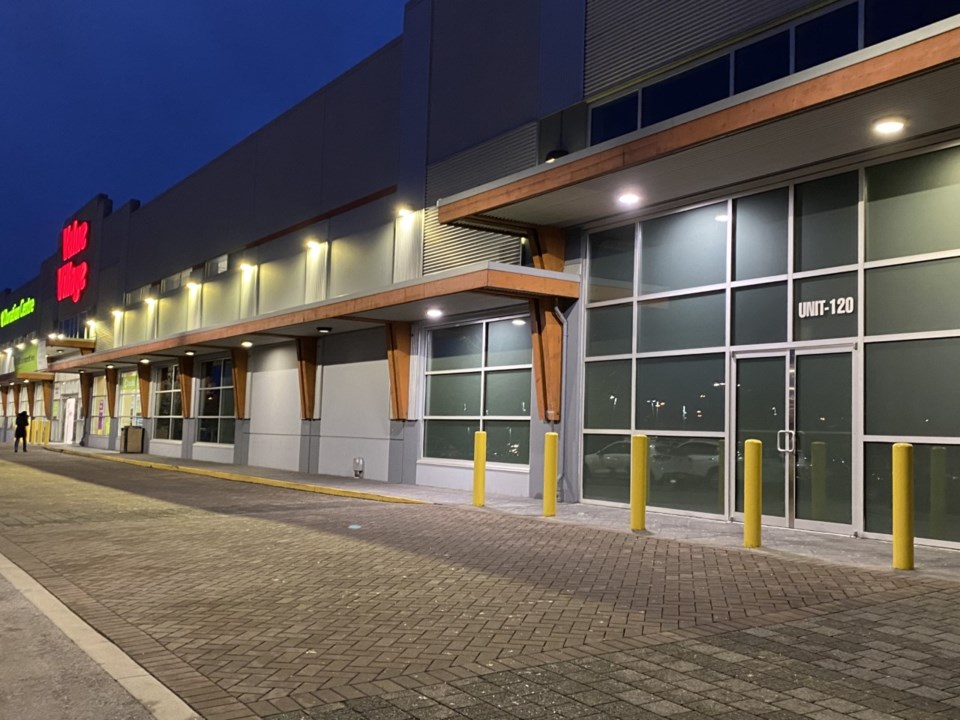 Leaf Infusions wants to open a manufacturing facility, where it would make cannabis-infused products, such as gummies and tinctures, at this Queensborough site. A Jan. 25 public hearing regarding the proposal had to be rescheduled because of an error in notifications about the public hearing.Theresa McManus

Two potential projects in New West will have to spend a bit more time in the queue before being considered by city council.

Council was scheduled to get input on two projects at Jan. 25 public hearings, but the items could not be considered because the city failed to meet its notification requirements.

“At 5:10 tonight, my staff realized that the Zoom ID distributed on the public postcards was incorrect. Based on the legislation, this requires the city to reschedule tonight’s public hearing,” said city clerk Jacque Killawee. “The public hearing will be rescheduled to Feb. 22. Again, I apologize for this error.”

On Monday night, city staff emailed each of the citizens who had registered to speak at the public hearing to inform them of the postponement.

Because of COVID-19 pandemic, New Westminster city council has been meeting remotely on Zoom since last March.

Two items were intended to be up for discussion at Monday’s public hearing:

* A zoning text amendment for a proposed cannabis-infused products manufacturing facility at 1135 Tanaka Crt. in Queensborough.

Leaf Infusions wants to open a manufacturing facility, where it would make cannabis-infused products, such as gummies and tinctures, for licensed producers, the BC Liquor Distribution Branch or licensed retailers in Canada. The 15,269-square-foot (1,419-square-metre) facility would be located in a vacant space beside Value Village at Gifford Street and Tanaka Court.

* A heritage revitalization agreement bylaw and a heritage designation bylaw for 404 Second St., which is the longtime location of the Queen’s Park Meat Market.

The plan would allow the applicant to add additional floor space to the existing one-storey 1926 building through a 31-square-metre (332-square-feet) side addition, an 18-square-metre (191-square-feet) rear addition and a basement. The project also requires zoning bylaw relaxations related to land use, density, site coverage, setbacks, parking space configuration and signage. In exchange for the zoning and sign bylaw relaxations, the building would be restored, legally protected through a heritage designation agreement and listed on the city’s heritage register. The application is also intended to “regularize and expand the non-conforming commercial use” of the building in what’s primarily a single-family residential neighbourhood.