A “quirky” part of the Queen’s Park neighbourhood is seeking to expand and conform. The city has received an application for a heritage revitalization agreement (HRA) for the 1926 building at 404 Second St.
Nov 17, 2020 9:33 AM By: Theresa Mcmanus 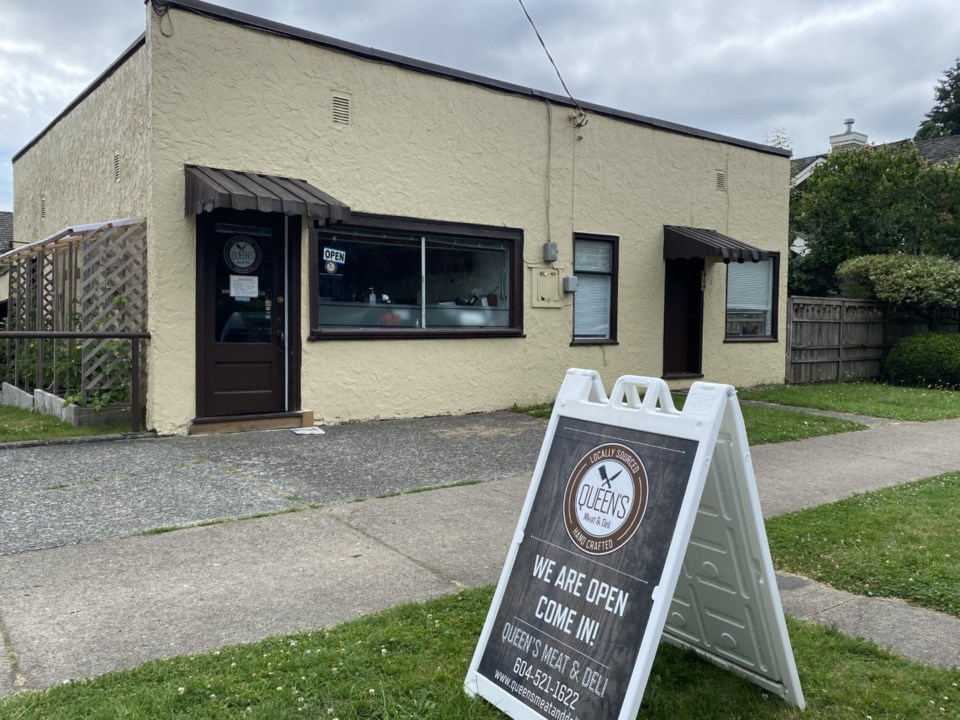 A heritage revitalization agreement is proposed for a longtime commercial building in the Queen's Park neighbourhood.Theresa McManus

A “quirky” part of the Queen’s Park neighbourhood is seeking to expand and conform.

The city has received an application for a heritage revitalization agreement (HRA) for the 1926 building at 404 Second St., which is the longtime home of the Queen’s Park Meat Market.

A staff report states that the application is primarily to “regularize and expand the non-conforming commercial use” of the building, thus providing continued viability of a small business.

The plan would allow the applicant to add additional floor space to the existing one-storey building through a 31-square-metre (332-square-feet) side addition, an 18-square-metre (191-square-feet) rear addition and a basement. The project would also require zoning bylaw relaxations related to land use, density, site coverage, setbacks, parking space configuration and signage.

In exchange for the zoning and sign bylaw relaxations, the building would be restored, legally protected through a heritage designation agreement and listed on the city’s heritage register.

“The proposed small-scale local commercial use is consistent with the neighbourhood’s OCP (official community plan) land-use designation. However, the proposal is not aligned with the site’s current RS-4 zoning for residential detached houses. As such, a heritage revitalization agreement is proposed,” said the report. “The site is located in the Queen’s Park heritage conservation area. Regardless of its age, it is not protected due to the non-conforming commercial use.”

Consultation regarding the application has included a project website and an online survey. While many people were supportive of the project, some expressed concern about the commercial uses that would be allowed on the site, signage and the lack of visitor parking.

Gail North, president of the Queen’s Park Residents’ Association, said the association has concerns that the public engagement was “somewhat misleading” as people may not have had all the facts when providing input on the proposal.

“Pretty much everyone likes the butcher shop. It’s a quirky and unique part of the neighbourhood,” she told council via Zoom on Nov. 9. “But my thought is that the feedback might have been somewhat different if residents knew they were commenting on a business that could easily turn into something different than the local butcher. I suspect a diner or a convenience store would have elicited some different responses. Other than the folks who had the patience to wade through the hundreds and hundreds of pages in the report for this application, not one person I spoke to had any idea there was a potential for expansion in usage.”

North urged the city to ensure that information is included in any further communication and signage about the project.

According to a report to council, commercial uses allowed on the site include: business and professional offices; cafés and restaurants (excluding drive-in/drive-through restaurants); personal-service establishments; and retail stores.

“As a result ofthe applicant-led consultation, we have made some changes to the permitted uses,” said Kathleen Stevens, heritage planning analyst. “So we have added a provision to the personal service establishment to exclude dry-cleaning, electrical appliance repair shops and launderettes. As well, for retail stores we have added a provision to exclude convenience stores that are open past 10 p.m. or before 7 a.m.”

Council has given two readings to a heritage revitalization agreement bylaw. A public hearing will be held on Monday, Jan. 25.