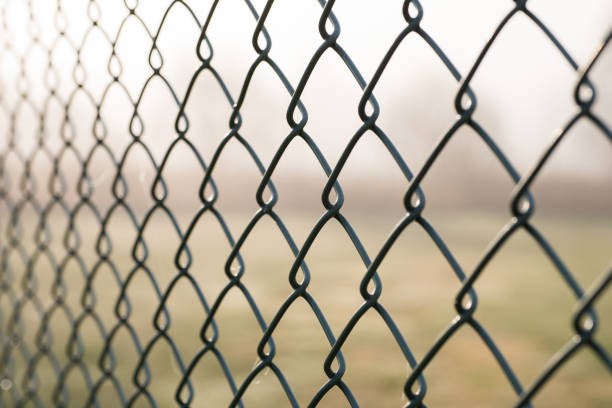 Are chain link fences permitted around homes in the Queen's Park heritage conservation area? Staff will report back to council on the issue after concerns were raised by the local residents' association.Getty Images

A chain-link fence is raising questions about whether there are any “teeth” in the Queen’s Park heritage conservation area’s design guidelines.

Gail North, president of the Queen’s Park Residents’ Association, told council Monday night that she’s responded to some recent inquiries from residents about design guidelines in the neighbourhood. She said the questions stem from a chain-link fence that’s located at “a nice, new house” that’s been built in the neighbourhood.

“I, like most of the directors on the QPRA, thought that chain-link fences were simply a non-starter,” North said.

In June 2017, city council approved an amendment to the official community plan that allowed for the creation of the Queen’s Park heritage conservation area, which seeks to protect houses built in 1940 and earlier. It also aims to ensure that all new houses built in the neighbourhood comply with mandatory design guidelines so they’re respectful of the existing heritage.

Appearing as a delegation at council’s Jan. 4 meeting, North sought clarification about the design guidelines that were developed as part of the heritage conservation area and questioned if a chain-link fence was approved by the city as part of the plan for the new home.

“Since it’s been built they have added what appear to be black plastic slats on the new house side of the fence; I’m assuming for esthetic reasons. But really, that’s pretty much like putting lipstick on a pig. And the other side of the fence remains chain link,” she said. “I guess my point about the fence discussion is that the design guidelines don’t seem to be working out all that well in this situation.”

“It would be helpful to have some clarification on the categories because it seems there are no teeth to what’s in place and it becomes then only a suggestion,” she said.

North questioned if there are any consequences if homeowners do work that’s contrary to what’s recommended in the design guidelines.

“The polices and guidelines took a significant amount of time on the part of city staff and the working group to create and to put into place, so without follow-up and some enforcement, what’s the point of establishing the guidelines if no one actually bothers to follow them?” she asked.

Council referred the issue to staff, who will report back to council and the delegate.