Garibaldi Secondary School case has turned up the heat on calls for mask mandate, rapid testing. But what does Dr. Bonnie Henry say?
Feb 2, 2021 12:05 PM By: Julie MacLellan 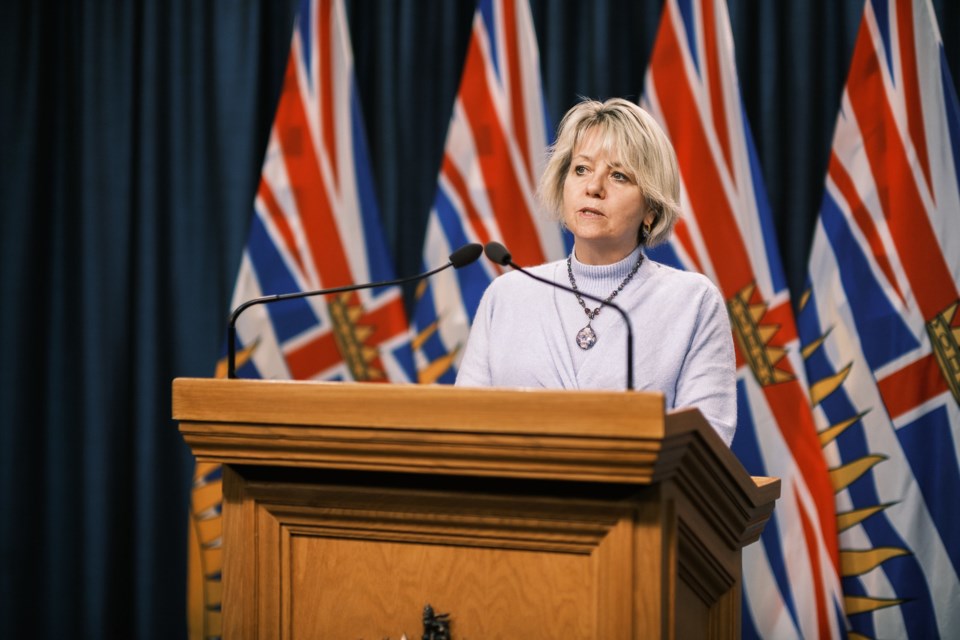 Dr. Bonnie Henry at the province's COVID-19 briefing Feb. 1. Henry addressed questions around mandatory masks and rapid testing in B.C. schools, in the wake of a COVID-19 variant case connected with Garibaldi Secondary School in Maple Ridge.Government of B.C.

The answers would appear to be “maybe” and “no,” based on comments from provincial health officer Dr. Bonnie Henry at the province’s regular COVID-19 media briefing Feb. 1.

Henry confirmed that deputy provincial health officer Dr. Réka Gustafson, who’s in charge of the B.C. school response team, has been working with her team to determine “where things are working and where things aren’t working” in the B.C. education system.

Henry said more information will be coming out later this week on that front.

The issue of COVID-19 in the school system heated up this past weekend when a possible connection to one of the highly transmissible COVID variants was found. A person who was at Garibaldi Secondary School in Maple Ridge on Jan. 18 and 19 has tested positive for COVID-19 and has been found to be a close contact of another case who has one of the variants.

As a result, Fraser Health stepped in to test all staff and students who may have been in contact with the school case. Testing started yesterday (Feb. 1).

“We want to make sure there’s no other spread in the school, so that’s the reason we’re doing this,” Henry said.

Henry reiterated her often-heard message that COVID-19 exposures in schools reflect what is happening in the communities and that actual transmission of the virus within schools is “very uncommon.”

But she acknowledged the arrival of the new and more transmissible variants has increased the need for vigilance.

The B.C. Teachers’ Federation has been calling for improved safety protocols in schools, including a mandatory mask policy. It renewed that call on Twitter Monday in the wake of the Garibaldi Secondary case.

A group of teachers’ union presidents from Fraser Health (the region that stretches from Burnaby to Boston Bar, including New Westminster) called on the province earlier this month to make a number of changes in schools in light of high numbers of exposures in the region. A mask mandate was one of their key requests.

Questioned by reporters whether the variants would mean a mask mandate in schools, Henry acknowledged the usefulness of masks.

“I do think it’s important to enforce the mask wearing that we have in the school setting, and particularly in light of variants that we’re seeing in the community,” she said.

Under current public health guidelines, masks are required for all staff in the K-12 public system, as well as for students in middle and secondary schools in common areas and when they are outside of their classroom or learning group and cannot maintain distance from others.

Masks are not mandatory in classrooms, and elementary-aged students are not required to wear masks at all.

Henry stressed masks are only one part of the picture.

RAPID TESTING ‘NOT THE HIGHEST PRIORITY’ IN SCHOOLS

As to whether regular rapid testing in schools would be a good idea, Henry said testing currently focuses on people – both children and adults – who have symptoms.

“Whether rapid testing in schools is of value is something people have been looking at across the country,” she said.

Henry said new rapid nasal swab tests that have been approved by Health Canada could change the picture, but those tests aren’t yet available in B.C. In the meantime, she said, it’s “a little bit of a dilemma” because the spit-and-gargle test – which is preferred for children over the nasopharyngeal swab – does not work with the current rapid test.

Henry also said the data does not bear out regular rapid testing.

“It’s useful for helping us detect if there’s been outbreak and transmissions when we think there’s been a potential exposure, but routine testing with rapid tests is probably not something that would be valued in a school setting and not the highest priority for sure.”