Do you ever spot shapes in the clouds?

While clouds can resemble just about anything if you squint your eyes tightly enough, many of the things we "see" are far cries from actually looking like what we think they do.

But an image of a majestic cloud cetacean and its calf leaping triumphantly into the robin's egg-blue Vancouver skies is pretty easy to make out.

Vancouver Police Street Disorder Coordinator Cst. Lee Marten shared the awe-inspiring snap on Twitter Wednesday (June 16). He commented that it "looks like an orca and her calf jumping over downtown Vancouver."

Looks like an orca and her calf jumping over downtown Vancouver.

Since Marten shared the adorable image, several people have commented that the clouds do resemble orcas; many of them were actually taken aback by how much the shapes appear to be the outline of the marine mammals. However, a few people aren't convinced.

A recent Vancouver is Awesome poll asked our readers what the most iconic Vancouver animal is. The lion's share of respondents — a whopping 42 per cent of voters — chose the orca. And it wasn't a close race, either. The crow came second, with just under 15 per cent of the vote. 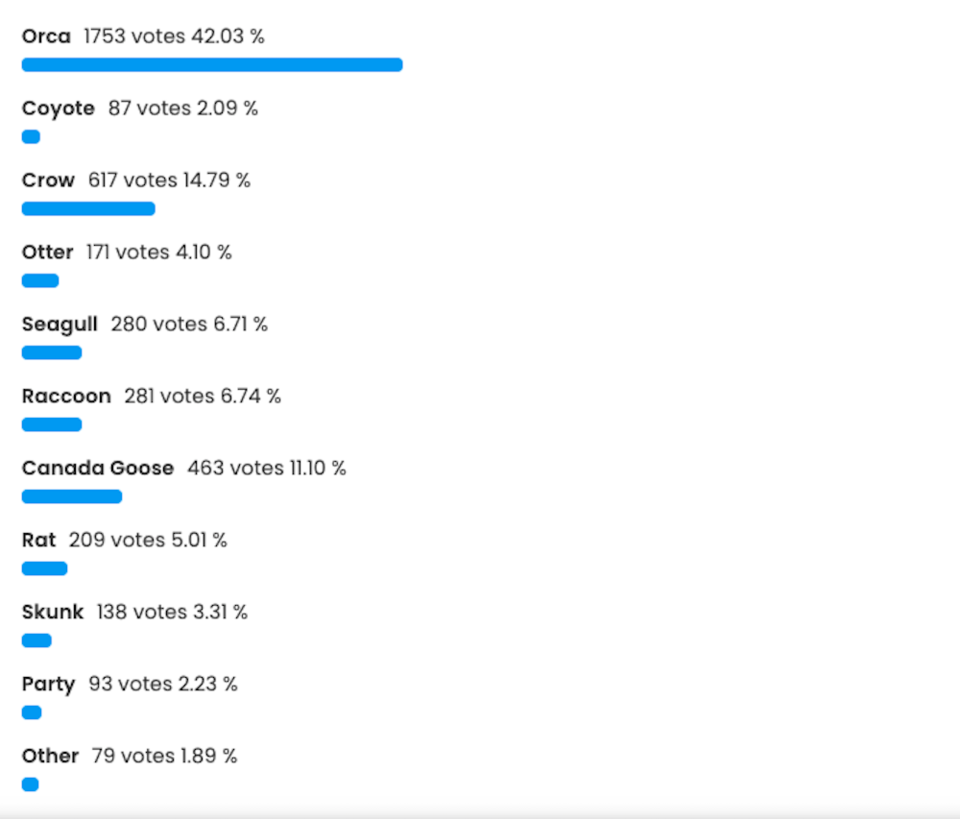 Photo via Vancouver Is Awesome