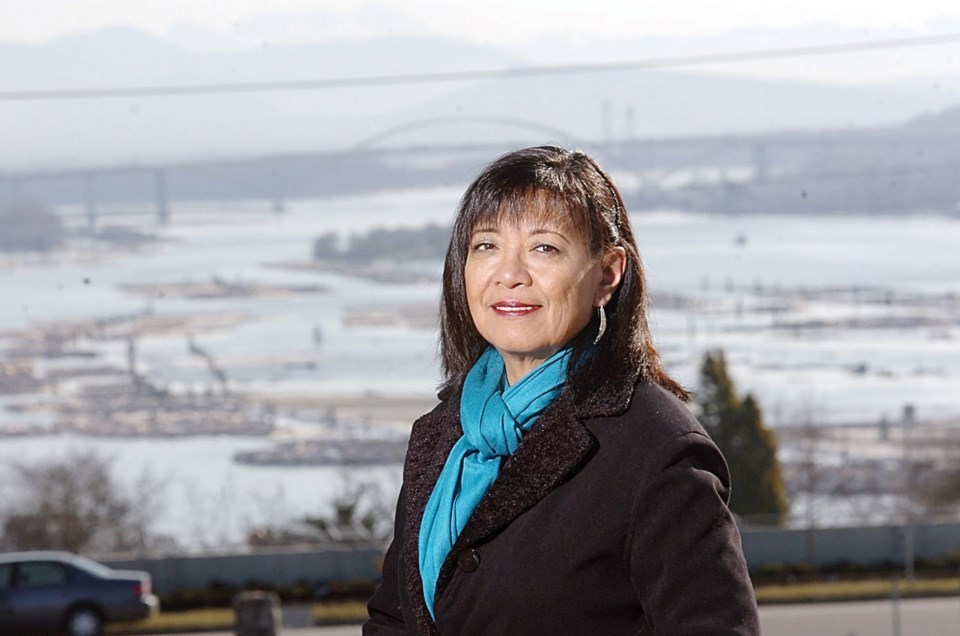 The college has named Chief Larrabee as an honorary fellow, a June 10 media release announced.

“Chief Larrabee’s dedication to the preservation of her Indigenous heritage is truly inspirational. She has contributed so much to Douglas College over the years, generously sharing her knowledge with Indigenous and non-Indigenous community members to build awareness of Indigenous culture and history, and to support Indigenous students in the pursuit of their education,” said Kathy Denton, president of Douglas College, in the media release. “Chief Larrabee has earned our deepest respect, and we are grateful to her for her wisdom, commitment and friendship.”

As she shares her story, Chief Larrabee didn’t know about her Indigenous background until adulthood. She was told she was of Chinese and French descent, when in fact her mother was part of one of the last Indigenous families to live on the former New Westminster reserve. After learning about her background, she was determined to understand more about her heritage. She became the first documented member of the New Westminster Indian Band in 1994.

The band, now known as the Qayqayt First Nation, is now a community of nearly 100 documented members.

“Chief Larrabee has overcome seemingly insurmountable challenges through sheer willpower and her passion to learn and discover,” said Dave Seaweed, Indigenous student services coordinator at Douglas College, who nominated her for honorary fellow. “She models perseverance, determination and embodies the vision we set for students at the college.”

A TRIBE OF ONE

In 2003, the National Film Board released a film called A Tribe of One that follows Chief Larrabee’s journey discovering her Indigenous heritage and the history of the reserves in New Westminster. This film is still used as teaching material at many post-secondary institutions across Canada and the U.S.

As a direct result of her guidance and advocacy, the Qayqayt First Nation is now recognized by all levels of government and the Assembly of First Nations.

“The history of Qayqayt First Nation was unknown for many years and is a sad story. We have worked tirelessly for many decades to ensure the legacy of our ancestors will live on for many generations,” Chief Larrabee said in the release. “Douglas College has always been a space that is respectful, supportive and generous and displays our story at its Aboriginal Gathering Place at the New Westminster campus. I am grateful to be named the June 2021 honorary fellow and to be given the opportunity to continue to share our story.”

Douglas College awards an honorary fellow designation to recognize “outstanding achievement or distinguished service by an individual on a community, provincial, national or international scale,” as its website notes.

Honorary fellows serve to inspire graduates and reflect the values of the college. One or more honorary fellow designations may be conferred at the college’s convocation ceremonies in February and June.