School district adds new spending to address priorities including mental health, health and safety, and inclusive education in the new school year, while trimming $500,000 to help tackle a structural deficit
May 12, 2021 3:52 PM By: Julie MacLellan 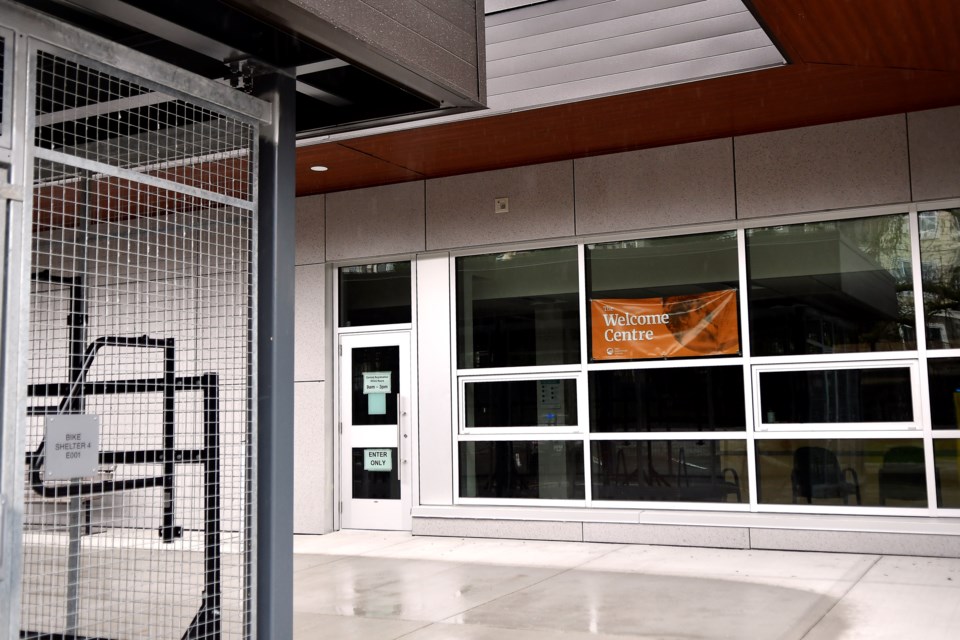 An investment of $210,000 into the New Westminster school district's new Welcome Centre at NWSS is part of the district's 2021/22 budget.Jennifer Gauthier

Better-than-expected reserves at the end of the current school year are helping the New Westminster school district to tackle a structural deficit heading into 2021/22.

The New Westminster school board gave two readings to the district’s 2021/22 budget at its Tuesday night meeting.

Secretary-treasurer Bettina Ketcham told trustees the district expects to end this school year with a surplus of more than $4.3 million.

It will use some of that money to offset a structural deficit of more than $1.8 million – much of which is due to a decline in fees from international students. Part of that decline is COVID-related, and part stems from the fact that the district has reduced its international enrolment from a high of 400 students to a maximum of 200 because of space constraints at the new NWSS.

Once COVID-19 restrictions ease and allow international students to return in higher numbers, Ketcham said the district will still be looking at a structural deficit of a little over $1 million. She noted the district is working now to tackle that shortfall with a “measured and even” budget adjustment over time.

This year, she said, the district has found “efficiencies” to the tune of $500,000 by trimming spending in a variety of areas across the board.

“They are not knee-jerk reactions to simply fill the gap in for a problem that we have in the short term. These are long-term efficiencies that we are planning to make to recalibrate our operations for the long term,” she said.

Those planned changes include trimming the district’s legal budget; cutting back on the funds set aside for such items as travel, meals and professional development; consolidating some school-based clerical tasks in the district’s new central registration centre; and centralizing some school budget items such as the purchase of furniture and technology.

Those priorities were discussed with stakeholder groups – including students, parents, school administrators and the unions representing teachers and support staff – during the district’s recent budget consultations.

Key among those priorities, as presented by superintendent Karim Hachlaf in his recommendations to the board, is a focus on mental health.

“The ongoing need to focus on mental health supports is not optional, and we must continue with our investment of supports for students and staff,” he said.

The 2021/22 budget includes funding for 1.7 new counselling positions to serve the district’s alternate programs and its two largest middle schools, Fraser River and Glenbrook. It also sets out $100,000 to finish the new Wellness Centre community hub at NWSS, which will operate in partnership with community service agencies, in time for a September 2021 opening.

Another priority area was health and safety in the face of the continued uncertainty around the pandemic.

The budget provides $90,000 for six part-time daytime custodians to work in schools from September to December.

Robert Weston, the district’s executive director of human resources, said the district hopes the pandemic will be largely over by the time fall rolls around, but the budget recognizes the need to remain on top of the additional custodial work for daytime cleaning of “high-touch” areas.

“We know that there’s still a considerable amount of anxiety from staff, parents and all that are involved in our system,” he said.

That decision falls short of what had been requested by the New Westminster Teachers’ Union, CUPE Local 409 and the district parent advisory council, who had all asked for full-time daytime custodians to be returned to schools indefinitely.

Hachlaf told trustees that, given the evolving pandemic situation, the decision will be reviewed during the district’s amended budget discussions midway through next school year.

MOVING INTO THE FUTURE

Hachlaf said the budget, as presented, is projected to take the district’s accumulated surplus down to just over $2.1 million by the end of 2021/22.

He said that number is right where it needs to be as far as reserves go.

“What we have done is not carry huge reserves where we’re not putting it back into the hands of students and the student learning environment,” he said, but he noted the district also can’t afford to deplete those reserves completely.

“What we need to be prepared for is the unknown with the pandemic and the possibility of being in yet another structural deficit next school year.”

The budget will now head to the May 25 board meeting for final adoption.