Cameray, Fraser Health and Child and Youth Mental Health are all ready to offer services and programs in the new centre, but the school district needs to finish the space first – and that will take money it doesn't currently have
Feb 18, 2021 7:59 AM By: Julie MacLellan 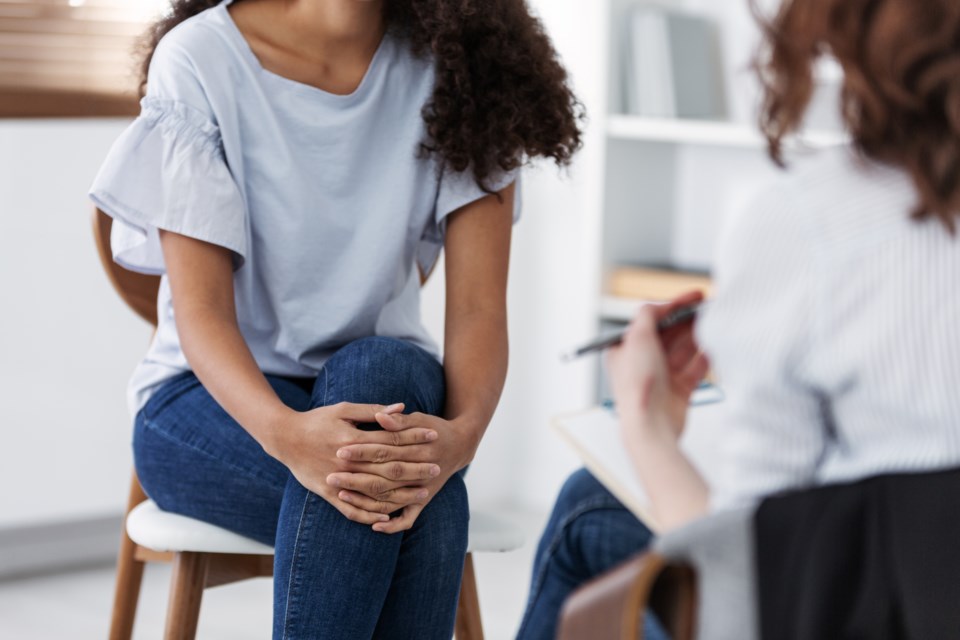 Counselling would be among the services provided at a new wellness centre at New Westminster Secondary School. The centre, planned to be a community hub, has partners lined up and ready to start offering services, but the New Westminster school district needs to find the money to finish the space first.Getty Images

A community wellness centre at the new New Westminster Secondary School is poised to become a reality, but it’s missing one essential ingredient: money.

The New Westminster school district is looking for $150,000 to $300,000, as a ballpark estimate, to make renovations that would pave the way for a new community hub for mental health services in a main-floor space at the new high school.

The space is designated as a “Neighbourhood Learning Centre,” part of a B.C. government program designed to increase community use of school facilities through a wide range of services – education, health, child care, recreation and more. Funding under that program allowed the new high school to include extra floor space for two new community hubs: the wellness centre and a welcome centre next to it.

The catch, as associate superintendent Maryam Naser explained to trustees at their Feb. 9 operations committee meeting, is the district doesn’t have funding for the capital improvements necessary to make the wellness centre space useable.

Naser said the district has had some “really good conversations” with service providers and has lined up partners – including Child and Youth Mental Health, Fraser Health and Cameray – to provide services and programs in the centre.

THE SEARCH FOR FUNDING

Naser said the district can choose to include funding for the space in its 2021/22 budget or it can turn to other funding avenues, such as sponsorship, grants or fundraising – though she said the district has yet to find any grants relating to capital upgrades, since most are directed at staffing or programs.

Secretary-treasurer Bettina Ketcham said a simplified space, with a multi-purpose room and a couple of offices, would likely run the district about $150,000. A more elaborate space, with more offices and separate rooms, could run up to $300,000, with furniture costs on top of that.

Trustee Danielle Connelly suggested it might be necessary to advocate for provincial funding to get the centre up and running.

“If we’re looking at providing these Neighbourhood Learning Centres, it seems odd to me that there’s no money to go along with developing the spaces out,” she said.

Ketcham said the province now provides that funding with new Neighbourhood Learning Centres – including a designated centre in the under-construction Richard McBride Elementary School replacement, which will be fully funded. But she said the NWSS spaces were caught under an “unfortunate set of circumstances” in the form of old guidelines that provided funding for floorspace but not for capital upgrades of that space.

Ketcham said the district may also be able to use other sources of funding, such as its annual facility grants from the province, to do some of the necessary work on the space.

School board chair Gurveen Dhaliwal said the board should decide relatively soon how it will develop the space.

“My suggestion is we don’t let it sit for longer than a year. I think we have some partners that are really excited about the work ahead. I think we have a demonstrated need in both our school community and our larger community as well, and it’s really important that, even though perhaps we don’t have the support from the province in this, that we really seriously consider different avenues to support that,” she said.

Naser agreed momentum could be lost if the space sits undeveloped. As an example, she noted Cameray – an agency that often holds Ministry of Children and Family Development contracts for counselling – doesn’t currently have a presence in New Westminster, and local residents must travel to Burnaby to access their services.

“This is a really nice opportunity for us to bring those services back into our community and, of course, removing barriers for our students in terms of supports that we can provide,” Naser said.

Naser pointed out the services provided by wellness centre partners will benefit the district because it is currently providing, and paying for, some of those supports – such as counselling – for its students.

“Bringing some clinical counsellors into our NLC space does serve student needs as well,” she said.

Trustee Mark Gifford suggested that, given the district’s available budget surplus and the need for some urgency in action, the board could decide to include the necessary funding in its 2021/22 budget.

Trustees agreed with a recommendation from Ketcham, who suggested the issue be brought up at a planned board budget session on April 6. At that time, she said, the board can decide whether, in fact, funding for the centre is one of its priorities for the coming year – or not.

1858
Luxurious residences are setting a new standard of living in Langley
360
Here’s where people who are homeless in New West can enjoy a hot shower and get a comfort kit
198
UPDATE: Here's where you could be able to buy cannabis in New West
190
New West now grappling with second big COVID-19 outbreak
94
Opinion: This protest in front of NWSS against an affordable housing project is ridiculous