The three NWPD officers who have served as liaison officers will not be returning to New Westminster's schools after a board vote Tuesday, April 27
Apr 28, 2021 9:58 AM By: Julie MacLellan 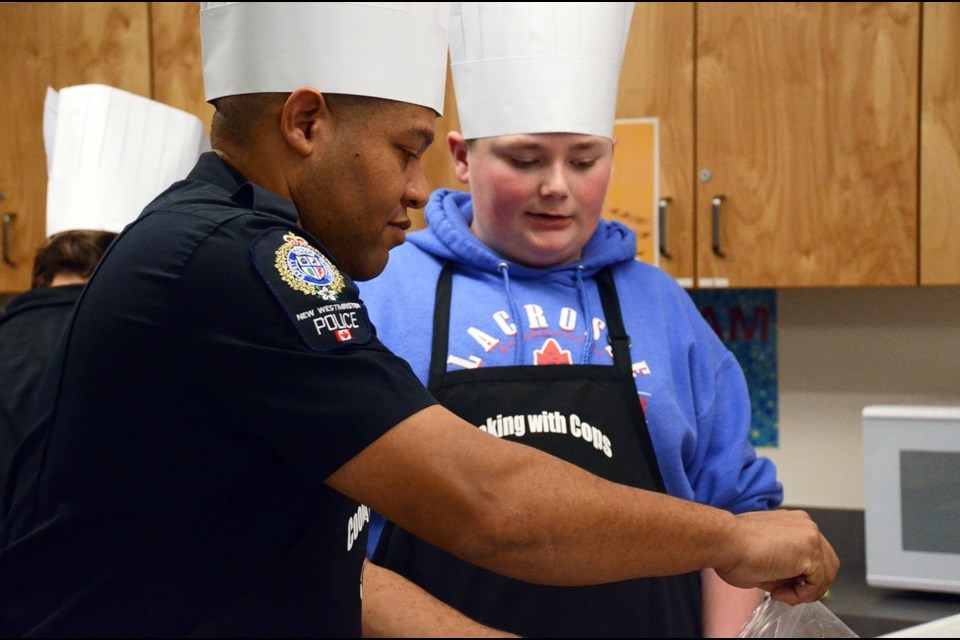 The school board voted Tuesday night (April 27) to discontinue the child and youth liaison officer program that has been run in partnership with the New Westminster Police Department.

The program has seen three officers assigned to liaison duties in local schools: one at New Westminster Secondary School, one for the district’s elementary and middle schools, and one for its alternate programs and additional community support. All three officers, whose salaries are paid by the NWPD, have been reassigned to other duties through the 2020/21 school year pending a review of the liaison program.

With the Tuesday night vote, the program is officially discontinued, effective immediately.

Its cancellation stems from concerns over the impact the presence of police in schools has on racialized communities, in particular Black and Indigenous students and staff, and other marginalized groups – including those with disabilities and LGBTQ+ students.

Before the vote, school board members heard from some community members opposed to the program’s cancellation.

One 30-year resident, who did not provide her name, questioned the decision-making process involved.

“I think there’s a lack of transparency there. I don’t think it’s been thought out,” she said.

She said her own experiences with the New Westminster police have been positive ones and said local police are getting a “bad rap” with the board’s decision.

Calvin Chrustie told trustees he’s worried about the safety of his visible minority stepchild but said the biggest threats to students don’t come from police; rather, they come from drugs such as fentanyl and related violence. He said that, while he understands there are historical and social concerns with policing in society, the board’s decision-making process has been flawed.

He said trustees relied on feedback from “a small group of people with a louder voice” and said the larger community needs to be consulted.

Kathleen Carlsen, the parent of a 12-year-old, said she was surprised to see trustees had already arrived at a decision since she hadn’t seen any followup after a presentation that was made to the district parent advisory council about the program. She told trustees a lot of people are afraid to speak up about the issue.

Carlsen said the issue offers a “learning opportunity” for everyone involved.

“I believe the residents of the city are open to learning,” she said. “I really think there has to be a compromise. Just taking (the liaison officers) away and not having anybody there now until how long, until something goes wrong, doesn’t seem like the right move.”

Katherine Galloway, a Grade 11 student at NWSS, told trustees about a petition that’s going around the school lobbying to keep the police liaison officers because some girls feel unsafe with the level of disrespect and harassment they experience. She said students need connections with someone they can trust to report incidents to and ensure they’re taken seriously.

Trustees also heard from a couple of community members supporting the removal of the liaison officers.

Trudi Goels, stepparent of an NWSS student, said the school district needs to look at the broader harms to the communities who are most affected by the presence of police in schools.

“Any time we have a program that is harmful to any of our students, we should be assessing whether that program is valuable,” she said. “Whose needs are being met here and whose aren’t?”

She said the district can find better programs to help educate students around harassment and bullying.

“There are better ways that we can address this,” she said. “It doesn’t make the police out to be the bad guy in any way, but rather to meet those human rights needs.”

Trustees had discussed the issue at length at their education committee meeting April 13, when they heard passionate presentations from parents and activists about the harms stemming from having police in schools.

They had little discussion around the issue Tuesday night, and the lone voice of opposition to the cancellation of the police liaison program belonged to trustee Mary Lalji.

Lalji raised concerns about the process and the lack of discussion with the police department before the program was halted in September. She made a motion calling on the board to do more consultation with the student body and to have an “open dialogue” with the NWPD with an eye on finding ways to improve or modify the program.

“If there are specific issues students or parents have, we should and need to address them,” she said, but added that should be in an “open and transparent dialogue.”

She suggested any changes to the program should be based on New Westminster’s individual challenges and concerns.

“We should strive to develop specific and creative approaches to them, rather than assuming problems faced elsewhere are the same as those faced by our students,” she said.

No other trustee seconded Lalji’s motion.

The remaining trustees voted in favour of discontinuing the program.

“This decision right here is not a reflection of the New Westminster police. I very much value the historic partnership we’ve shared,” said board chair Gurveen Dhaliwal.  “This marks the end of a program, but it’s not the end of a relationship.”

Trustee Mark Gifford acknowledged the district has had a good relationship with the NWPD in the past but said the fundamental issue is about the presence of police in schools.

“Normalizing their presence in the school is unwelcome,” he said.

The board directed staff to work with the NWPD on a “redesign” of their relationship, specifically as it relates to emergency procedures in schools around critical incidents, lockdowns and violent-threat risk assessments. Staff will report back to the education committee June 8.