New West residents warned to be cautious around the Fraser River 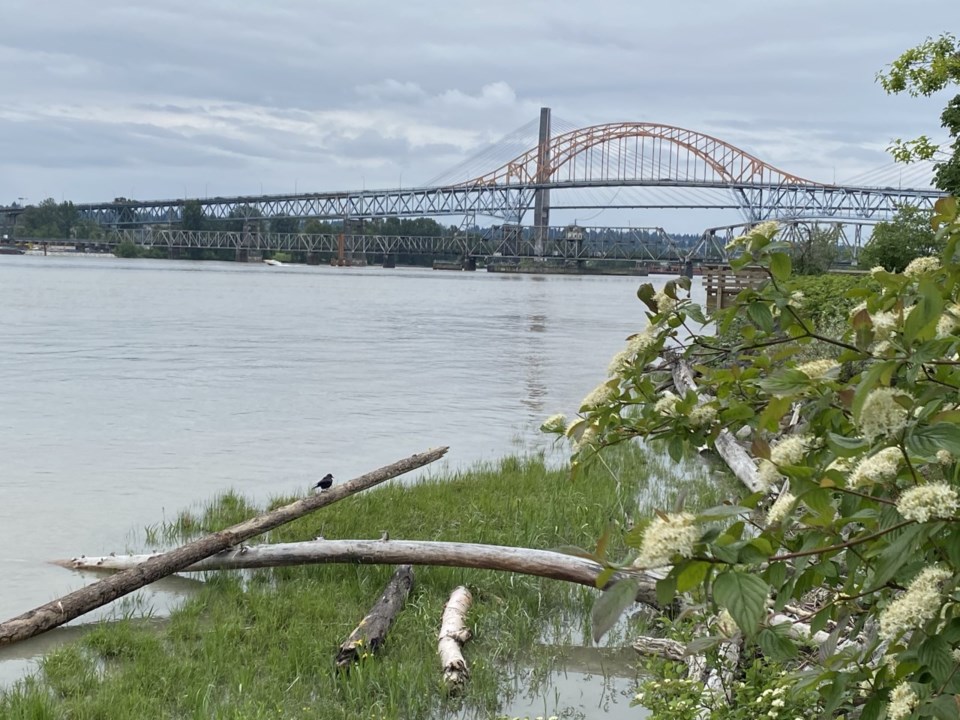 In response to a high streamflow advisory, the city is warning residents to use caution around the Fraser River shoreline, including Sapperton Landing.Theresa McManus

The City of New Westminster is urging residents to be cautious around the Fraser River as the water levels are expected to rise rapidly.

The B.C. River Forecast Centre has issued a “high streamflow advisory,” which means river levels are expected to rise rapidly. The advisory will remain in effect through the week.

“Given the elevated water levels, the City of New Westminster is urging residents to remain aware and use caution when around the Fraser River shoreline, in particular, Quayside, Port Royal, Braid industrial area, Sapperton Landing and other exposed and low-lying areas adjacent to the Fraser or Brunette rivers,” said a notice posted on the city’s website. “Please keep pets out of and away from fast-moving water.”

“Residents and visitors should remain aware when utilizing below ground parking areas adjacent to the Fraser River as they may experience minor flooding or seepage during high water levels,” said the notice. “Residents and strata representatives are responsible for monitoring their parking areas, particularly those that contain electrical rooms, mechanical rooms and equipment, in case of flooding. Affected residents may wish to consider alternate parking arrangements for vehicles during this period.”

In a May 15 report to council, staff provide an update about the 2021 spring freshet and snow pack levels. The report outlined some of the work that’s been undertaken as part of the city’s freshet preparation work plan, which included: included monitoring snowpack information to assess risk; completing a dike inspection and crest survey to identify potential areas where permanent or temporary works may be necessary; and coordinating with adjacent municipalities to develop work plans where inter-boundary concerns exist.

In addition, the city also started the process of updating its contact list of local suppliers and contractors.

“The city has over 40,000 burlaps sandbags, with another 12,000 on standby order,” stated the report to council. “The city will also be placing orders for various sizes of sandbags based on the River Forecast Centre modelling forecasts.”

New West aims to bring a little post-pandemic joy and whimsy to the community
Jun 8, 2021 2:56 PM