Public art, festivals are among the ideas being contemplated
Jun 8, 2021 2:56 PM By: Theresa McManus 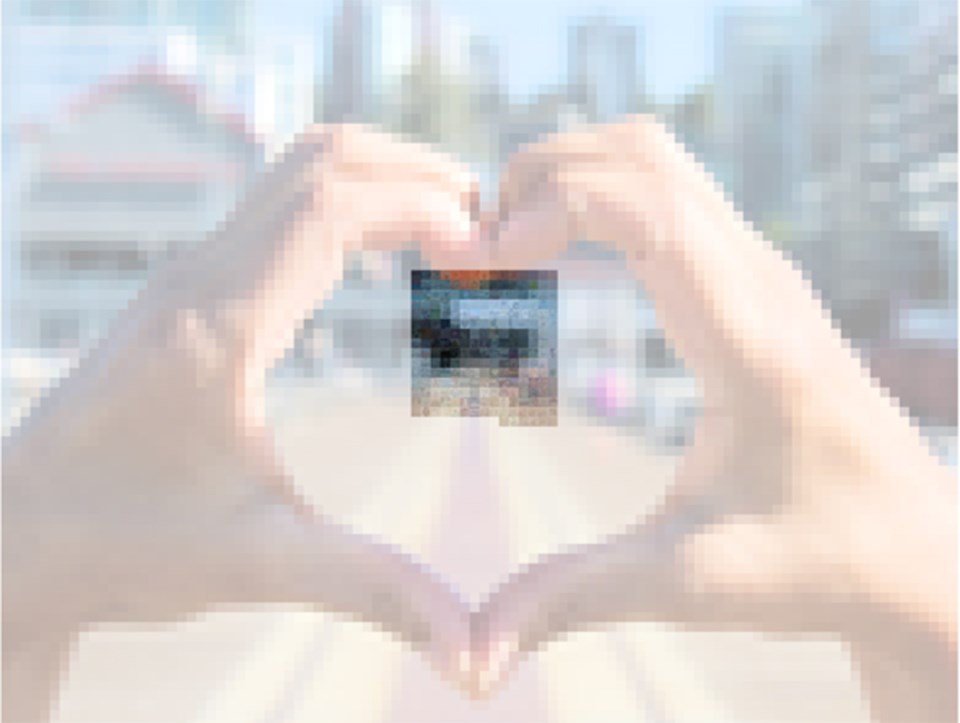 The North Van City Mosaic project, which invites residents to submit images that will be used as the building blocks for this photo of that city's waterfront, is one of the inspirations behind New Westminster Mayor Jonathan Cote's motion about joy and whimsy.Sandrine Pelissier/North Van Arts

New Westminster is looking to spread a little joy and whimsy to help community members recover from the global pandemic.

On Monday, council received a report about the city’s efforts to plan and reopen civic facilities and restart programming that’s been suspended or modified because of COVID-19.

Cote said the pandemic, fires and serious issues faced by the city have made for a tough year for community members.

“Is there a way that we can kind of think about bringing the community out of this difficult year? In previous years there was a lot to be excited about, a lot to be joyful about. I am kind of feeling that maybe the city has a potential role to play in that regard,” he said. “I know I have often joked that cities should have departments of whimsy in the city infrastructure, just because we often see what cities can do to bring a little bit of levity and joy to their community.”

While council stopped short of creating a new Department of Whimsy, it did approve a motion directing staff to investigate support for community events that bring whimsy and joy to New Westminster, to draw the community out of the COVID-19 pandemic.

Community events or festivals and public art were two of the ideas Cote had proposed as potential ways of bringing joy and whimsy to New West.

“Those are a couple of things, and I’m sure there could be other ideas,” he said. “Ultimately, I did want to suggest, if council was interested, that we direct staff to look at different options to lift the city back up in 2022, and come back to council.”

Council members supported the idea of finding ways to uplift the community.

“I think people are going to have to be gently brought back to the idea that we can meet together again outside and we can start to go to events,” said Coun. Patrick Johnstone. “I’d like to see how we can make that happen, so thank you for bringing this forward.”

Coun. Chuck Puchmayr said it can take a year to organize major events like festivals or parades, but he believes creative ideas can be found, such as public art or popup musical events.

“I love the Department of Whimsy. Why don’t we have it? Gosh, we have talked about it so many times,” said Coun. Chinu Das. “That being said, I think it’s great to have something that will lift our spirits.”

Das said some of recipients of city grants have been thinking outside the box for a long time about how to bring joy to the groups they are serving. She suggested it may be fun to get local organizations involved in this process.

“I think we have a lot of really great partners in the city. Maybe there is a way to leverage those partnerships and to help some of those groups do some of this work,” she said. “I think it would be challenging for our city staff to take this on as well. I think we have people in the community who are experts at putting on events and doing things for their community.”

Coun. Nadine Nakagawa, who donned a unicorn headband for the discussion, said she would be willing to serve as council’s liaison for a Department of Whimsy.

“While I absolutely am whimsical and joyful, I can also be No Fun Nadine,” she said. “I would say, I think that people also do need an opportunity to grieve together, and grieve all that we have lost, which is friendships – friends that have moved away, people who have lost family members. There’s been a lot lost this year. I think that grieving can also be joyful in some ways, and beautiful.”

Coun. Jaimie McEvoy supports efforts to help community members recover from the trauma they’ve experienced in the past year.

“There is a common therapeutic technique called normalization, which helps people begin to experience what normal life is like after a trauma,” he said. “You may not want to call it that, but we have all been through a collective trauma, even for some people who might think they have had relatively minor isolation and stress or restrictions. It’s been over a year. It’s the kind of thing that can have an impact on people, even people who are not aware.”

Cote said he appreciated council’s interest in the idea.

“I didn’t come with a prescriptive idea of exactly how we are going to bring Joy and whimsy to the community,” he said, “but, if we put our minds to it, I think there are some good ideas that can emerge.”