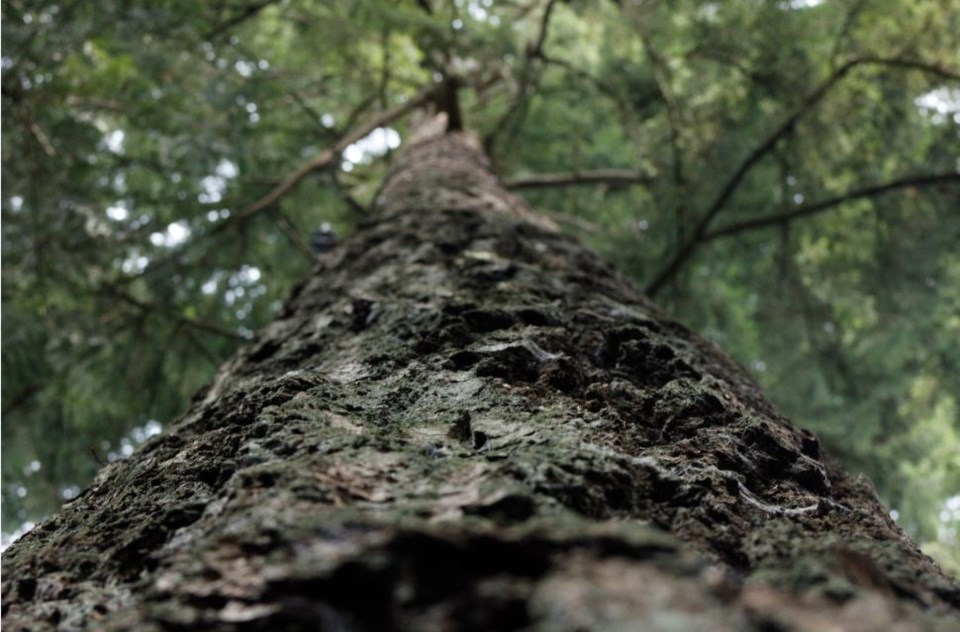 A Brow of the Hill resident sought the city's permission to cut down a grouping of five Douglas firs that his arborist deemed to be a moderate risk. the city wants a more in-depth arborist's report to be done before reconsidering the request. Getty Images

A Brow of the Hill resident will have to get another arborist’s report before city hall will reconsider his request to chop down several trees in his backyard.

The owner of 309 Louellen St. recently asked council to reconsider staff’s rejection of his application to remove a grouping of five trees. At a tree permit reconsideration hearing in December, council unanimously supported staff’s decision not to issue a tree removal permit for five trees until the homeowner provides the city with an aerial assessment, which provides in-depth analysis about the health of a tree and shows proof of decay or failure of risk at topping points on the tree.

Keenan Midgley hired an arborist to evaluate the trees in his yard; two trees were approved for removal, but the city didn’t support the removal of five trees deemed to be a “moderate” risk.

“They take up the entire backyard. It is a hazard zone back there. There is a significant risk,” he told council. “I think the city staff has failed to … really address the significance of what will happen when these trees fall. When part of the tree or all of the tree falls down on my house, my house cannot withstand that. It will crush the house.”

Midgley said the Douglas firs will continue to create “significant risk” because they will continue to shed branches that are several inches in diameter. He said “it’s just a matter of time” until the trees fall down because of previous topping and pruning that’s been done to the trees.

While city staff has suggested the branches be cut back, Midgley said his arborist has stated cutting back these branches would only do further harm to the trees and would increase the likelihood they’ll fall over.  He said he no longer allows his children to play in the backyard because of safety concerns about the trees.

“A low or moderate risk of this tree falling on our heads is not acceptable,” he said. “Each day that these trees stand, we are gambling that there is not going to be a huge wind storm that takes down these trees and kills my family. As an accountant, I am quite reserved, and I am quite passionate about this because there is this risk and there is nothing I can do about it.”

Midgley questioned how many trees the city has allowed to be cut down in the name of development, but it won’t allow him to cut down trees so he can protect his family.

In 2016, the city adopted an urban forest management strategy and an associated tree protection bylaw, which aim to preserve and grow the city’s tree canopy. A staff report stated removal permits are granted for trees assessed by a  certified arborist as “high” or “extreme” risk, while trees deemed to be “moderate” are recommended for further assessment to determine if they should be removed.

Milo Friesen, an arborist with the City of New Westminster, said he appreciates Midgley’s concern about the risk the trees pose to his house, property and family. Although the homeowner’s current arborist report didn’t move city arborists to recommend the trees be removed at this time, he said city staff supports a Level 3 aerial inspection of the trees, which would provide a better assessment of their condition.

According to Friesen, the initial arborist report showed that Tree 1 was dead and Tree 2 had a number of problems so they were approved for removal, but no such issues were observed for Trees 3 to 7 on the property.

Emilie Adin, the city’s director of development services, said a separate review by in-house city and consulting arborists considered the branch drop to be “within the species” profile for Douglas firs and didn’t view the trees’ condition to be compromising their structural integrity or consider the tree to be hazardous.

Midgley said the person who cut down two of his trees determined the remaining trees were a “moderate risk,” so there was no reason to spend additional money to have another assessment done.

Although some council members expressed concern about a tree deemed to have a moderate risk, they supported staff’s recommendation to have an additional assessment done on the trees. Staff estimates a Level 3 TRAQ assessment will cost between $700 and $1,000.

“If there is a significant risk, there is a pathway for the homeowner to get to where they want to go,” said Coun. Patrick Johnstone. “The spirit of the bylaw is that we actually have to demonstrate there is a reason for the trees to be removed and it is supported by an assessment.”

Coun. Jaimie McEvoy encouraged the applicant to get the assessment done and provide the report to the city.

“The recommendation from staff is not a particularly heavy-handed resolution. It’s basically saying that we have a bylaw to uphold and you have a way to demonstrate if there is need to provide an exception to upholding that bylaw.”

Mayor Jonathan Cote said the family’s concerns hit home with him, as his family had a tree removed at their recreational trailer because it wasn’t in good health and they were concerned about it falling down.

“I will support the motion that is being put forward because I do think it is reasonable that we make sure that we fully study and understand the trees, and I think that is not an unreasonable request,” he said.

If that detailed assessment is done, and even if it doesn’t increase the trees’ risk from medium to high, Cote said he’d want to reconsider the application if new information comes to light.