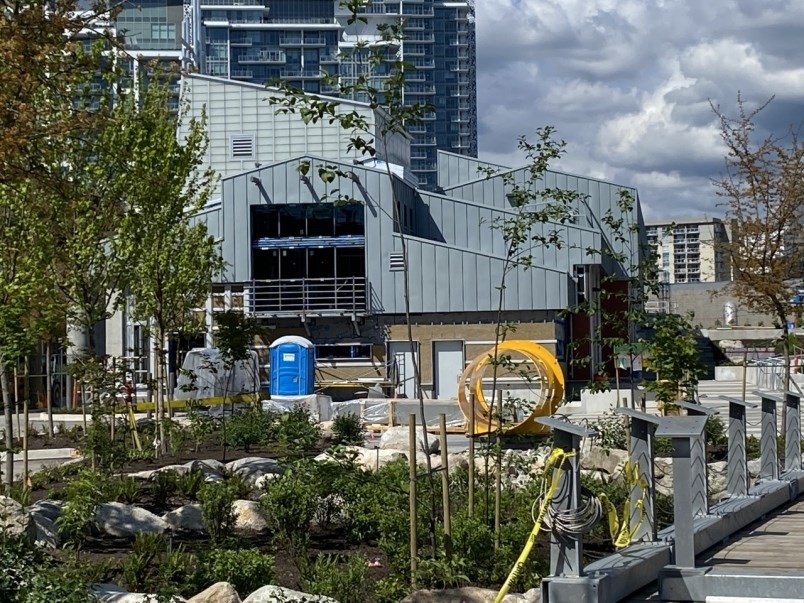 Now that the Sapperton pump station is open, sewage flows are at levels where Metro Vancouver is able to get to work on repairs to the New Westminster interceptor. TheresaMcManus/file

A discharge of raw sewage and a sink hole on Columbia Street are two of the potential consequences of delaying repairs to a major sewer line in downtown New Westminster.

Colin Meldrum, director of engineering, design and construction with Metro Vancouver, said he doesn’t want to be an alarmist, but those are some of the risks associated with delaying rehabilitation of the Columbia section of the New Westminster interceptor.

“It could happen this year or in 10 years,” he said.  “It is impossible to predict when.”

Metro Vancouver officials appeared before city council in December 2020 to outline plans to rehabilitate about 1.6 kilometres of a major sewer line on Columbia Street between McBride Boulevard and Front/Columbia streets.

Concerned the project could be a deathblow to Columbia Street businesses already reeling from the impacts of COVID-19, city council directed engineering staff to work with Metro Vancouver on different timeline options for the project.

During a return visit to council on March 1, Meldrum said Metro Vancouver recognizes the project will impact the community, but it also has concerns about the condition of the sewer and the risk that poses to the community.

“The Columbia Street section of the New Westminster interceptor is in urgent need of repair,” he said.

Meldrum also noted the Pattullo Bridge replacement project is anticipating closures to Front Street for several months in the fall, followed by extended closures in 2022 and 2023. He said city staff doesn’t want Front and Columbia streets to be closed at the same time.

“If we do not proceed now, these traffic constraints will prevent us from doing work likely until 2024, further increasing the risks we are facing,” he said.

According to Meldrum, the work will be localized in small areas, and most of the road won’t need to be dug up while work is underway. A full road closure will be required when work is being done on one section of the road.

“For the most part, we will be having single-lane, alternating traffic through the entire work site. Most of it will be two lanes at all times,” he said. “We will accommodate pedestrians and cyclists and transit as priority vehicles.”

Eugene Wat, the city’s manager of infrastructure planning, said delaying the project results in a “high level of risk” that is unacceptable for the community given the potential service disruptions and the impacts.

“We don’t want to see Front Street closed by the Pattullo at same time that Columbia Street is under construction for the sewer repair,” he said. “That is a key consideration. … The work really can’t be deferred until 2023 or even later. Having Metro Vancouver come back in a future year to do this work will have significant impact to the businesses as well.”

Metro Vancouver is proposing to do work on Phase 1 of the project this summer and fall. Future work that can’t be completed this year will be coordinated with the Pattullo Bridge replacement project.

Council members expressed disappointment the work needs to be done this year, but approved the staff recommendation to support Metro Vancouver’s plan to undertake the essential work, or Phase 1 repairs, in 2021.

“I was really quite concerned about this the first time because of the timing. But looking at all the other things that are factoring in here, including the future closure of Front Street, I change my view on this,” said Coun. Chuck Puchmayr. “I see the urgency now to engage in this sooner rather than later. I wish this didn’t have to be, but this is critical.”

Council also approved motions requiring Metro Vancouver to maintain pedestrian, cyclist and delivery access to downtown businesses at all times and to engage with the community and incorporate feedback into construction plans. The city is also requiring Metro Vancouver to coordinate its construction and communication plans with the Pattullo Bridge replacement project.

Mayor Jonathan Cote said Metro Vancouver has heard loud and clear about the need for proper, genuine engagement with the business community. He said the last thing a commercial main street needs is a major road disruption, but a sewer line failure could be even more devastating to downtown New Westminster.

“We understand that this project does need to move forward, and it is an important piece of infrastructure,” he said. “People often don’t give the credit that our sewer system probably deserves. If it wasn’t functioning or wasn’t working, I can certainly tell you a lot of residents would be speaking out very loudly.”

Jeni Vlahovic, community liaison, said Metro Vancouver will be taking a number of steps to address the concerns of downtown businesses, such as providing construction updates and implementing a signage plan.