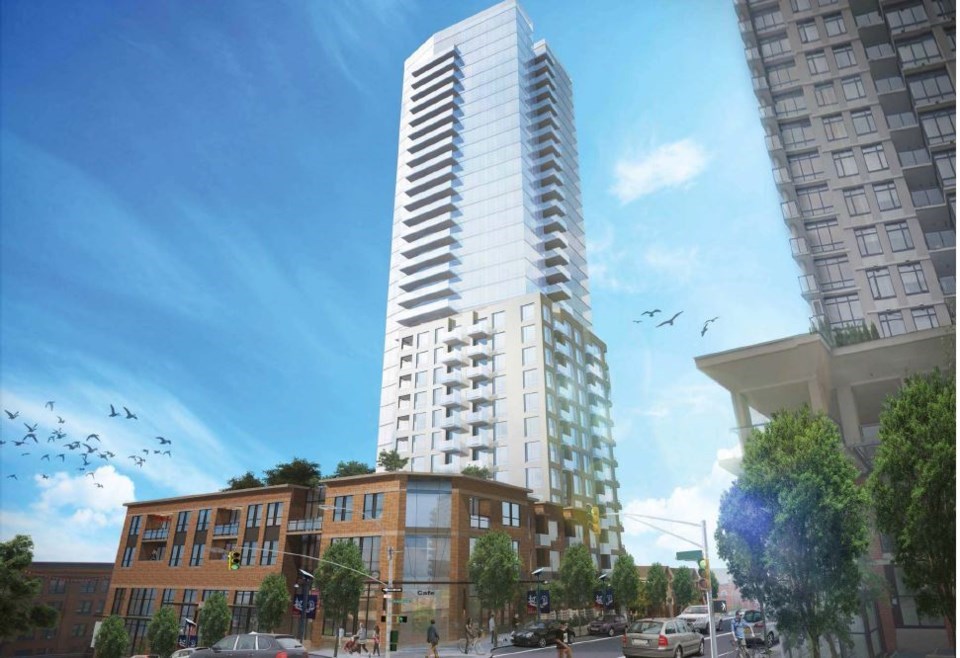 Artist's rendering of 618 Carnarvon St. as presented at the 2018 public hearing.Contributed/File

Urban One Builders will be pouring 1,200 cubic metres of concrete for the foundation of the future building at 618 Carnarvon St.

And just how much concrete is that?

It’s enough that Urban One Builders applied for an exemption to the city’s construction noise bylaw in order to do the concrete pour for the building’s foundation. The city’s bylaw only permits construction between 9 a.m. and 6 p.m. on Saturdays, but the variance will allow work to be done between 7 a.m. and 9 p.m. on Saturday, June 26.

According to a staff report, Urban One Builders anticipates the concrete pour will be completed by 7 p.m., but it would like some extra time to complete the finishing touches on the poured concrete and to erect fencing around the work site.

In addition to the construction noise variance, the work requires a section of Carnarvon Street, between McKenzie and Sixth streets, to be closed while the work is taking place. The staff report stated the road closure is expected to impact nearby residents and several commercial tenants, who are being notified of the work.

“This work is not weather dependent and will go ahead regardless of the weather conditions,” said the report. “Weekdays were considered but are not feasible due to the typical weekday traffic volumes and implications for access to nearby properties, and the amount of concrete mix required to be delivered for the size of the pour.”

At its June 7 meeting, council has approved an exemption to the city’s construction noise bylaw to allow Urban One Builders to do the concrete pour at 618 Carnarvon St.

In January 2018, city council supported a plan to build a 33-storey, mixed-use highrise development at the corner of Sixth and Carnarvon/Clarkson streets. It will include 262 residential units, 5,665-square-feet of at-grade commercial space, a 938-square-foot pocket park at the corner of Sixth and Clarkson streets, and 13 townhouse units and parking built atop the SkyTrain guideway, which will be enclosed in the vicinity of the project.