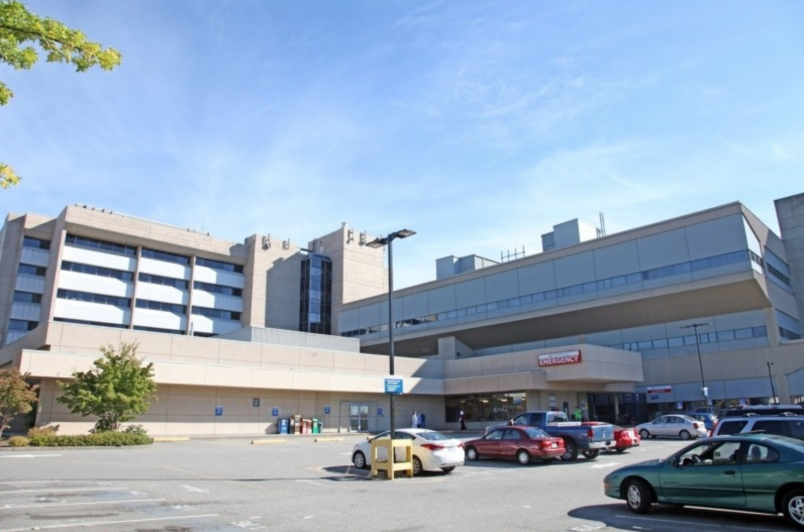 Construction will be allowed to start on the Royal Columbian Hospital expansion project at 7 a.m. on Saturdays, instead of 9 a.m.

Construction noise taking place on Saturday mornings at Royal Columbian Hospital will be considered on a year-by-year basis.

EllisDon Design Build applied for an exemption to the city’s construction noise bylaw to allow crews to start work on the Royal Columbian Hospital expansion project two hours earlier than what’s allowed under city bylaws. Instead of starting at 9 a.m., the company requested it be allowed to start work at 7 a.m. on Saturdays for a three-and-a-half-year period from May 1, 2021 to Dec. 21, 2024.

“I understand that this is a really big project and requires a lot of work and a lot of time, but I did really hesitate when I saw that the request was for three-and-a-half years. I have some concerns about that,” said Coun. Mary Trentadue. “I do feel sometimes as though … the community’s needs and the livability is sometimes considered last out of many of the other things that are involved in a project of this size. I think that having construction going on at 7 a.m. every Saturday morning for three-and-a-half years is a bit much.”

The city allow construction activities that may create noise and may negatively impact the community to be done between 7 a.m. and 8 p.m. on weekdays and between 9 a.m. and 6 p.m. on Saturdays.

Trentadue said she’d prefer to support one-year noise exemption, so the city can see how it goes and assess how Fraser Health responds to any complaints that may arise.

“I do struggle here committing to three-and-a-half years without really knowing what the impact is going to be on the community,” she said.

A staff report said work will be done during regular construction hours when possible, but there will occasional Saturday mornings when noisy work  is required, such as trucks removing concrete debris from demolished buildings and trucks bringing cement mix to the work site for cement pours for foundation/forming work for the new buildings.

Coun. Patrick Johnstone said he’d like to see a mechanism in place that allows staff to report back to council and let council know how it’s going, so if there are issues the city has an ability to address those concerns. He said the members of the public who may have complaints about the noise need to know their concerns are being heard.

“I think it does behoove us a little bit to be careful about how we hand these out and, more importantly, how we follow up on it,” he said of exemptions to the construction noise bylaw.

Instead of approving a three-and-a-half year exemption to the construction noise bylaw, council approved a one-year exemption, with the understanding that renewals would be considered each year if everything is in order. Council also requested a “reporting back mechanism” so council can be provided with information about complaints and public input.

Mayor Jonathan Cote said the Royal Columbian Hospital expansion is an “incredibly important health infrastructure project” and the city needs to ensure it’s successful and doesn’t face any undue delays because it’s a facility that will serve the public good.

“Having said that, I have never seen a noise variance for three-and-a-half years. That’s a pretty significant amount of time,” he said. “I think the suggestion of doing it at year increments, and to be able to get some of that reporting that Coun. Johnstone is referring to, is probably the most responsible way to work our way through this important, but obviously somewhat disruptive construction project in our community.”

Coun. Chuck Puchmayr stressed the importance of getting the project done.

Coun. Jaimie McEvoy said approving the noise exemptions each year allows construction to take place on Saturday mornings, but also gives the city an ability to respond to neighbourhood impacts.

“My concern is that New West is noisy. It’s a noisy place because there is a lot going on,” he said. “There is going to be a bridge built, there’s more things coming. I think we need to give more examination to this idea – are early morning starts really necessary? … I think it’s something we need to take a greater look at in terms of our approach to this issue.”