This Jane’s Walk in New West has got the beat

These Beats Were Made for Walking combines streetscapes and music
May 6, 2021 7:46 AM By: Theresa McManus 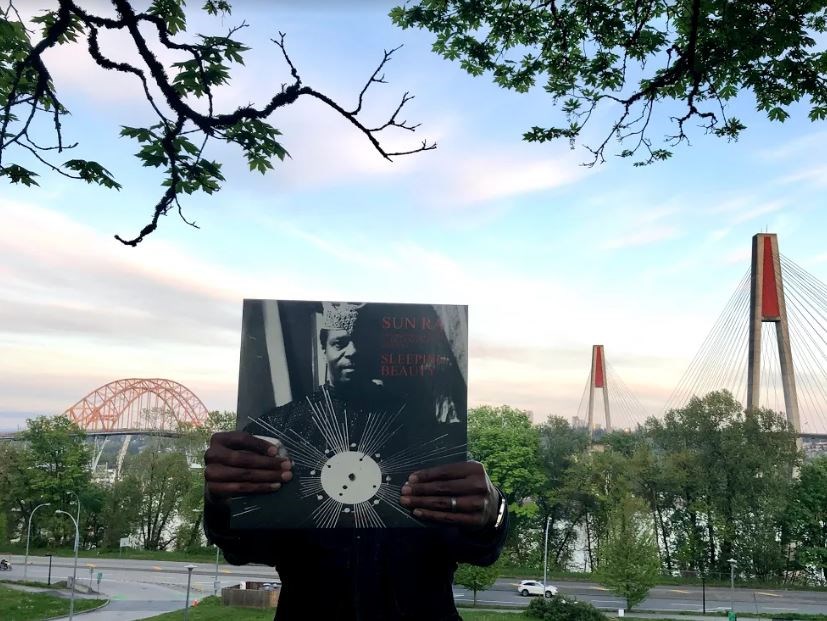 Neal Michael has combined the sounds of New West with music inThese Beats Were Made for Walking, an audio walking tour for Jane's Walk.Contributed

The sounds of the city and musical beats will accompany pedestrians as they enjoy an hour-long stroll through New Westminster.

Downtown resident Neal Michael was at the library when he bumped into local walking advocate Mary Wilson, who founded the Jane’s Walk New West event.

“I got to thinking it might be a cool opportunity to do an audio walk,” he says.  “I collect records. I had found a soundscape recording record. It was this guy in Ontario who would take his canoe out and he would record the ambient sounds while he was paddling or really beautiful nature sounds. I thought it might be cool to try and do something like that where I record where I walk, record the ambient sounds.”

And that’s just what he’s done.

Armed with a handheld recorder, Michael walked a route through New West, recording the ambient sounds he heard along the way.

“After listening to that, and knowing my records, I put together a mix over top,” he explains. “I listen to soundscape in my little ear buds, and then I had my bigger headphones over top so I could share the soundscape and then mix the records in and out as I sort of thought they would fit with where people would be walking at that time and what sounds they’d hear.”

These Beats Were Made for Walking, as Michael’s walk is aptly named, starts at Albert Crescent Park, meanders up First Street, along the Millennium Trail in Queen’s Park, travels down Sixth Avenue to Glenbrook, passes through Glenbrook Ravine and passes through Jamieson Court through Victoria Hill. The five-kilometre walk is intended to be walked over the course of an hour.

Along the way, walkers will hear a myriad of familiar sounds, including birds, trains, SkyTrain, traffic, audible signals at crosswalks and a gurgling creek in the ravine. If you listen closely, you may even hear Michael and a couple of other walkers greeting each other along the way.

“It just really made me more aware of all those sounds as I was walking and recording it,” Michael says. “And then just having some fun thinking what kind of mood it would be and what I thought would fit with that. And also thinking who is going to be the listeners, I don’t want to put something on there that I think is going to be jarring to them.”

Michael selected songs he hopes will complement both the pace, feel and transitional nature of the spaces as people move through them along the walk.

Audio links and a map for the walk can be found at www.thesebeatsweremadeforwalking.carrd.co/.

“I understand people not wanting to totally cut themselves off from what they are experiencing, but in a way, by putting the headphones on, you are not truly cutting yourself off from the ambient sounds because I have recorded them for you, and they are there,” he says. “I have just sort of tried to add that layer to the music and complement the ambient sounds that would normally be there.”

Michael, who has been involved in other community event in New West including Pecha Kucha and Social Medium (electronic music events), was pleased with his first foray into field recordings and may try it again.

“In the same way that every place has its flora and fauna, smells and stuff, every place has its own sounds. It’s just something that I have been interested in,” he says. “When I bought this recorder a few months ago, it’s got pretty good capabilities for this, so it was quite serendipitous – having found that record, thinking about the ambient sounds of New West and then bumping into Mary. It was a nice little happenstance.”