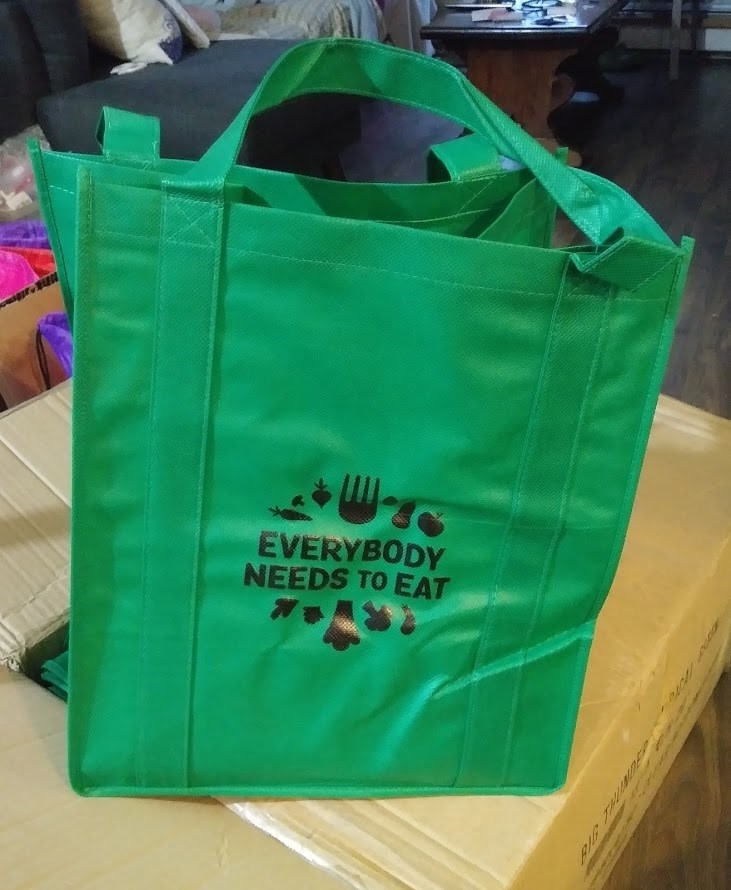 New Westminster council is being challenged to get creative filling grocery bags for food hubs - and the mayor is challenging community members to get involved.Contributed

New Westminster rose to the challenge to help the food bank – and the mayor hopes it will do the same to help food hubs.

Earlier this year, the Greater Vancouver Food Bank hosted the Mayors’ Food Bank Challenge, which challenged several mayors in the region to see whose community could raise the most money per capita in support of the food bank. The  City of North Vancouver won the challenge, raising $1.20 per capita (or $68,905 – including the money of food donations), with New Westminster placing second at $1.00 per capita ($79,976), followed by Burnaby, the District of North Vancouver and Vancouver.

Mayor Jonathan Cote said the past year has been difficult for the community, and many folks have really struggled. He was heartened by the community’s response to the food bank challenge.

“I was blown away by the generosity and caring in our community,” he said.

Cote is now encouraging community members to support the Everybody Needs to Eat community grocery challenge, which is running until July 24.

“I have been, time and time again, impressed by the caring, compassionate nature of our community that have responded in what I would say is a very difficult year in the city of New Westminster,” he said. “I do want to encourage everyone, if they are able to, to support this important work, and I thank the New Westminster Homelessness Coalition Society for putting this together and helping the community come together to help those that need some food support.”

With a lot of federal funding for COVID food programs having expired at the end of March – and food hubs having seen no decrease in the need for food support – the New Westminster Homelessness Coalition Society, and its member agencies, are challenging community members to fill an Everybody Needs to Eat grocery bag with items to be donated to the food hubs. And they’re challenging city council to lead the way and to get creative with their donations.

Bags can be dropped off at the St. Aidan’s Food Hub (1320 Seventh Ave.) on Saturday mornings from 9 to 10 a.m. until July 24. That’s the day when food hub volunteers will pick which council member gets bragging rights as the Everybody Needs to Eat champion.