The number of incumbent trustees running in October’s civic election is down to two. Trustee Kelly Slade-Kerr announced this week would not be seeking re-election on Oct. 20.
Sep 5, 2018 12:00 PM By: Cayley Dobie 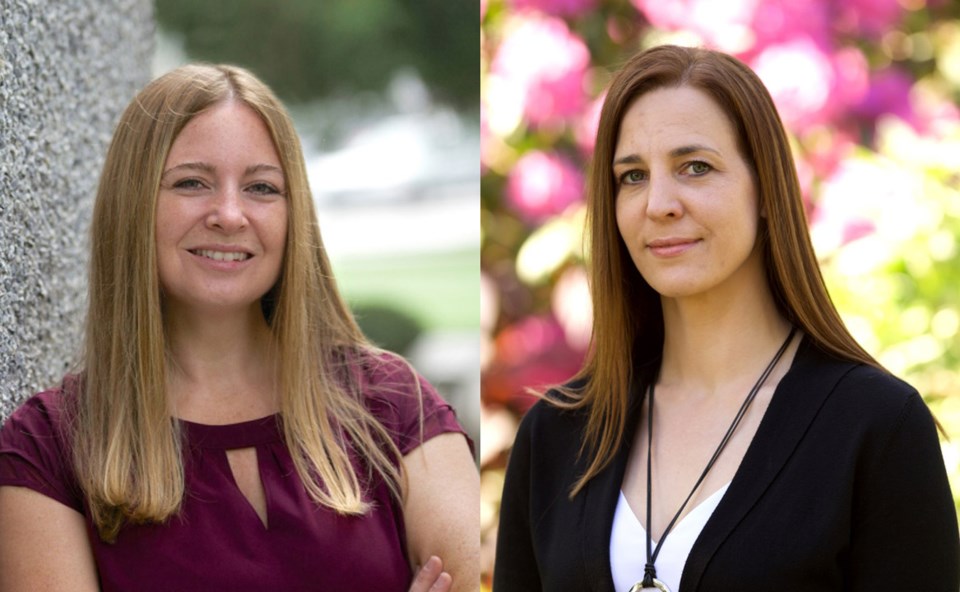 New Westminster school trustee Kelly Slade-Kerr, left, has announced she will not be running for re-election while trustee Mary Lalji, right, will seek re-election on Oct. 20.Record files

The number of incumbent trustees running in October’s civic election is down to two.

Trustee Kelly Slade-Kerr announced this week would not be seeking re-election on Oct. 20. The decision not to run is both personal and professional, she wrote in an email to the Record.

“When I began my term as trustee, I was working part-time from home. I am now practising law full-time and running a law firm that has grown to four lawyers and three staff members in the last 18 months,” she wrote.

Slade-Kerr swept the trustee race in 2014, securing more than 8,100 votes in her first-ever race. (That’s more votes than Mayor Jonathan Cote received.) One of the driving factors in her bid for trustee four years ago was the long overdue New Westminster Secondary School replacement project, and the public’s lack of confidence in the district.

In June 2016 funding for the new school was officially announced.

“I am proud of the work accomplished in the district over the last four years, especially with respect to the NWSS replacement project. … The district is now on solid footing with an incredible senior leadership team at the helm,” she wrote.

While Slade-Kerr gets ready to wind down her term, trustee Mary Lalji is gearing up for another election.

Lalji announced this week she would be seeking a second term on the New Westminster school board.

“There are issues that I want to keep working on, and four years will give me time to accomplish this,” she wrote in an email to the Record.

Lalji was elected in June 2016 in a byelection prompted by the departure of trustee MaryAnn Mortensen in March of that same year. She beat opponent Dee Beattie in a close race, winning by 60 votes. (Beattie is also running for trustee in October.)

With Slade-Kerr’s departure, Lalji and current board chair Mark Gifford are the only incumbent candidates in the running for a seat on the school board at this time. The Record is still waiting to hear whether trustee Jonina Campbell will run for a third term.

Trustees Casey Cook, Michael Ewen and James Janzen also announced recently they will not be running for school trustee in the upcoming election.