Record reporters were out on the town on election – covering the action at city hall and at the Team Cote and New West Progressives election parties.
Oct 25, 2018 2:05 PM By: Theresa Mcmanus 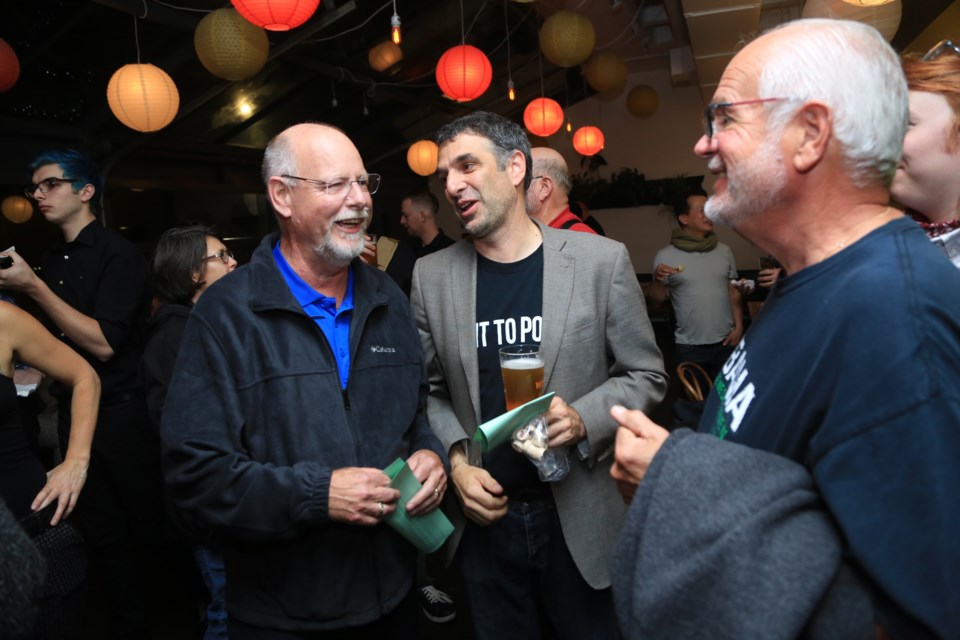 Record reporters were out on the town on election – covering the action at city hall and at the Team Cote and New West Progressives election parties. Here are some of the things we heard on election night:

* David Halkett, president of the New West Progressives: “I am hearing our candidates saying the fight isn’t over. We may have lost the battle, but the war is far from over.”

* Daniel Fontaine, New West Progressives council candidate: “What’s really exciting for me is that that was a lot of people in this campaign who had never been involved in a single election campaign in their life, let alone running for public office. They said to me tonight, you have inspired me to stay involved, to get others to get involved and to make sure that in the next election we don’t have the same results that we had tonight. I will help them and I will support them on that journey.”