Time for labour candidates to form party in New Westminster? 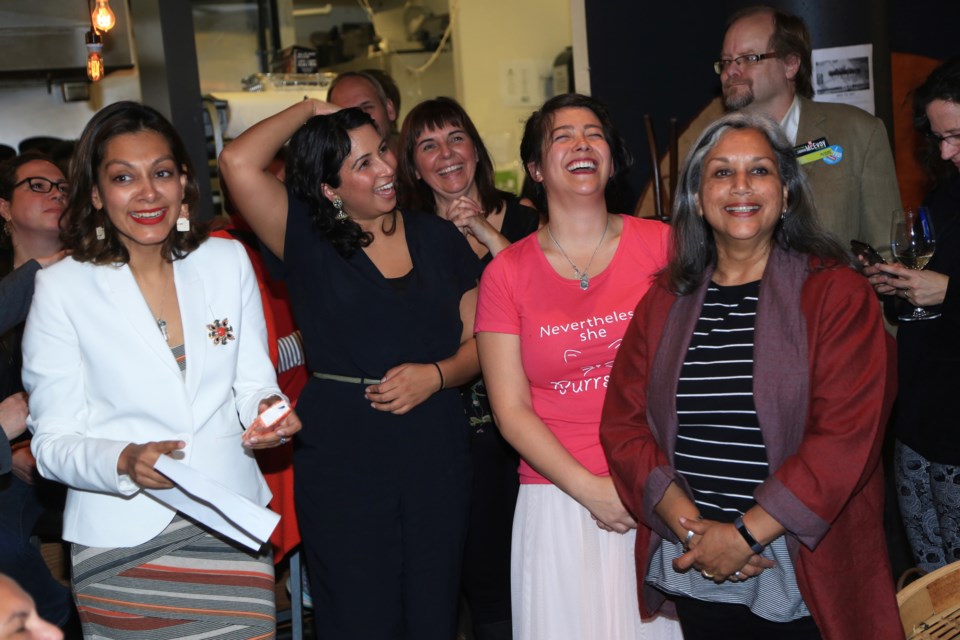 Team Cote, a group of candidates who campaign together and are endorsed by the New Westminster and District Labour Council and supported by local NDP politicians, ran a candidate for mayor, six candidates for council and five candidates for school trustee – taking the tops spots in all three races. The New West Progressives, an electors group that formed a year ago, in part to bring some different perspectives to the local elected bodies, won one seat on school board and one independent won a seat on the board of education.

“The voters that actually do come out and vote in New Westminster are informed. It’s difficult to fool them,” said Coun. Chuck Puchmayr, a member of Team Cote. “We were worried at the beginning that the orange colours and the new Progressives were going to possibly take about eight to 10 per cent of the vote from us.”

While the New West Progressives formed an official elector’s slate, Team Cote did not and billed itself as a group of like-minded, independent candidates. The New West Progressives argued that the labour- and NDP-supported slate benefited financially by taking the “hybrid route” of campaigning together but not taking it to the next step of forming an electors group.

“If anybody believes that this is a group of independents, I’ve got some land to sell them in Florida,” said Daniel Fontaine, one of the founders of the New West Progressives and the seventh-place finisher in the six-seat council race. “These are not independents. They are part of a Team Cote caucus or Team NDP, whatever you want to call it.”

While the labour-endorsed slate makes no secret of the fact that its members campaign together, share an office space and other campaign resources, to date it has shied away from forming an official electors group, despite appeals for transparency from critics.

Cote said the labour-endorsed candidates have debated in the last few elections whether the time has come to actually form a local political party. He said it “would be very helpful during a political campaign to help connect candidates together”, but he’s always appreciated the fact that candidates are able to vote on their own after an election – and avoided the “partisan politics” that have been seen in other cities, like Vancouver.

“One of my hesitations of forming a party is that you are cementing that type of partisan politics, not only during the campaign, but also in the future council work,” he said. “It is going to be something we will debate once again after this election. We will see where that discussion goes.”

Puchmayr, a former NDP MLA and a longtime council member, said those discussions will occur before the next election.

“I was at meetings before I ever thought of running for council under the NDP and there was an attempt to start a group called the Royal City Electors. The argument had always been at that time, because we had a majority on council, why change it if it’s not broke?” he said. “There will be some soul searching. We do pool resources. We do talk to each other. We do talk about strategy. That is a discussion that we are going to be having for sure: Is it time to continue on? Is it time to form a political party?”

Fontaine suspects the labour-endorsed team will likely make its relationship more official for the 2022 election.

“This was the last time that we’ve seen this so-called fake slate,” he predicted. “The next time they will definitely band together. I assume what they will do as the next step is to form an electoral organization and they will realize that we came that close to potentially winning some seats on council and they will want to do whatever it takes to ensure that that doesn’t happen again. They did a hybrid approach this time and it was successful for them, but the public, now knowing what they have done, I think they will form that slate officially.”

While the public has spoken, Fontaine said it’s evident that the NDP or New Westminster District and Labour Council “machine” was hard at work on Team Cote’s behalf.