Are you ready for election day in New West?

Candidates vying for seats on New Westminster city council and school board are in the home stretch. Door knocking, phone calls and sign waving are ways local candidates are reaching out to voters in the dying days of the campaign.
Oct 18, 2018 6:35 PM By: Theresa Mcmanus 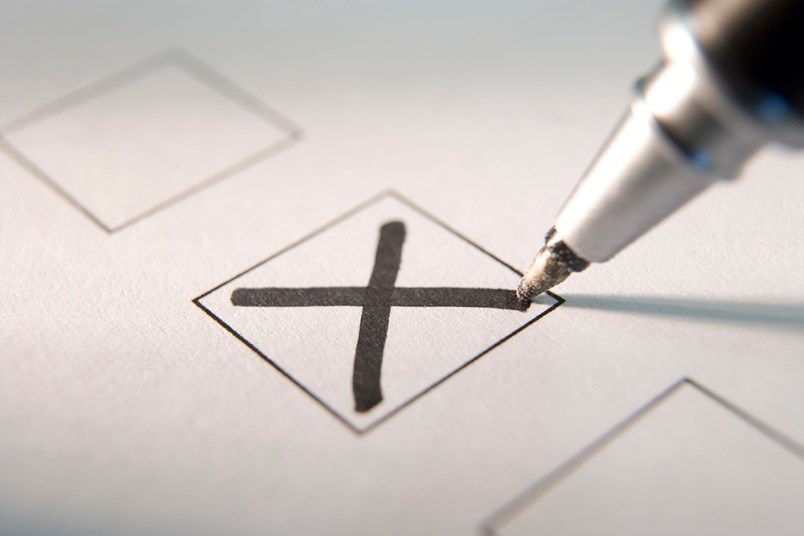 For those residents who haven't voted in advance polls, Saturday, Oct. 20 is the day to vote in the 2018 civic elections. New West residents will be electing a mayor, six councillors and seven school trustees.Thinkstock

Candidates vying for seats on New Westminster city council and school board are in the home stretch.

Door knocking, phone calls and sign waving are ways local candidates are reaching out to voters in the dying days of the campaign. When New West voters go to the polls on Saturday, Oct. 20, they’ll have a chance to elect a mayor, six councillors and seven school trustees.

On the council front, issues like affordable housing, transportation, density and infrastructure/amenities have been raised as issues on the campaign trail.

The 14 candidates vying for spots on city council includes four incumbents, all of who are part of Team Cote: Patrick Johnstone; Jaimie McEvoy; Chuck Puchmayr; and Mary Trentadue. Other members of Team Cote – all of whom have been endorsed by the New Westminster and District Labour Council – are Chinu Das and Nadine Nakagawa, who hope to fill spaces being vacated by retiring councillors Bill Harper and Lorrie Williams.

In response to concerns that all members of the 2014 to 2018 city council were endorsed by the New Westminster and District Labour Council, a new elector’s slate called the New West Progressives formed, with part of its goal to bring a different perspective to city council. The NWP has four candidates on the councillor ballot: Daniel Fontaine; Paul McNamara; Ellen Vaillancourt; and Bryn Ward.

All totalled, 16 candidates are hoping to be elected school trustees in New Westminster, where hot-topic issues have included the increasing number of portables at local schools (particularly in Queensborough), classroom space and communication with stakeholders.

With five incumbent trustees and two incumbent councillors opting not to run in the 2018 civic election, we know there will be some change in the local elected bodies, but whether the New Westminster and District Labour Council endorsed candidates running as Team Cote continue to be a stronghold or the New West Progressives and/or independents make inroads remains to be seen.