Bringing balance to council and business to the city were top issues at the final all-candidates meeting of the 2014 election campaign in New Westminster. More than 100 people attended the Nov.
Nov 14, 2014 9:41 AM By: Theresa Mcmanus 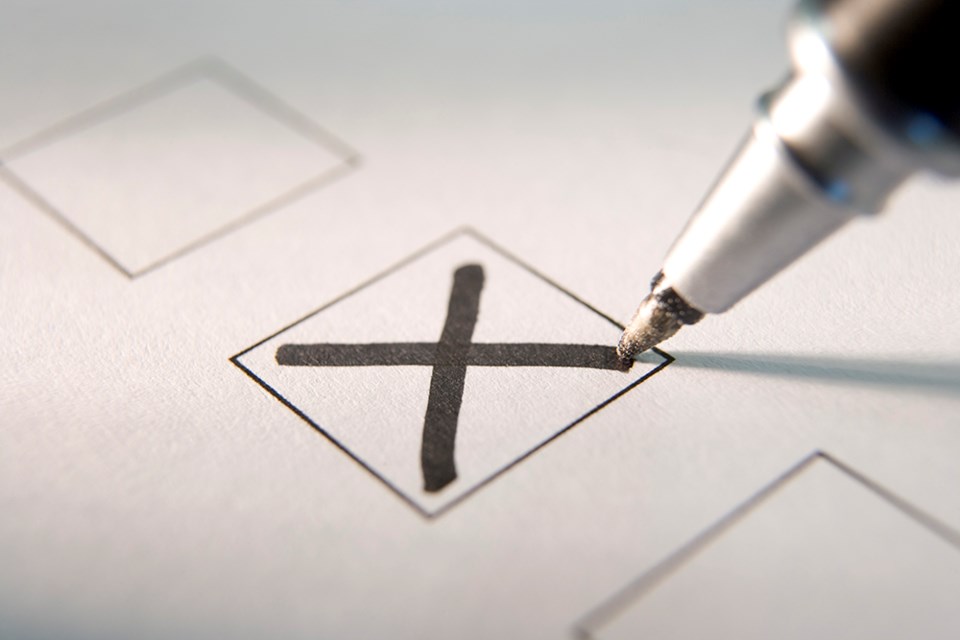 New Westminster-Burnaby voters will have eight candidates to select from during the 2019 federal election.Thinkstock

Bringing balance to council and business to the city were top issues at the final all-candidates meeting of the 2014 election campaign in New Westminster.

More than 100 people attended the Nov. 3 all-candidates meeting and more than 200 watched the live stream from the comforts of home on New West Dot TV. Following a debate attended by the four mayoral candidates, the candidates put forward their platforms and answered questions on topics ranging from the Hyack Festival Association situation to economic development.

“Half the city’s retail spaces are empty. We need to put stores in there,” said Harm Woldring said. “To do that we need to make a fair tax policy that makes it possible.”

David Brett said it’s important the city has people with a business background on council to deal with economic development. He’s passionate about the idea of bringing technology startups to New Westminster.

Patrick Johnstone said New Westminster is “on the right track” with its economic development efforts as it’s creating a place that people want to be, which includes building a compact, walkable, accessible and multiuse downtown with services people want to have.

Tracey Block agreed New Westminster is “on the right track and is progressing well in its growth” but needs to do a better job of promoting the city and communicating that it’s a great place to have a business and raise a family.

“I would really strongly suggest that we strike some kind of committee that is made up of city staff, council, small businesses and the chamber so we can really get to the heart of the matter of what is working and what is not,” said Mary Trentadue. “We also need to do some outreach. We need to let people know how fantastic New West is and that they want to have their businesses here.”

The issue of “balance” on city council has been a dominant issue in the 2014 campaign, with independent candidates urging voters to consider candidates who aren’t endorsed by the New Westminster and District Labour Council. The labour council has endorsed six candidates for council.

Gavin Palmer, a longtime critic of the labour endorsements, said it’s wrong that only one of the people tasked with selecting candidates to endorse lives in New Westminster.

“Our current district and labour endorsed council has accomplished many things,” he said. “We are currently number two in taxing our residents. We are number one in taxing our businesses. We have the worst traffic in the Lower mainland and an increasing amount of truck traffic.”

Scott McIntosh said candidates endorsed by the labour council do get some financial support.

“Being a CUPE 1004 member, I know all the paperwork that is going out and the phone calls that are going out giving the candidates a leg up on other people.”

Former councillor Calvin Donnelly said he can understand the labour council wanting to have a majority of members on council, but is concerned about the potential for all six councillors to be those endorsed by the organization.

“Look to elect a balanced council with independent members like myself who will work for you and represent you,” Block said. “Mark Twain once said if voting made any difference, they wouldn’t let us do it. I believe it does make a difference. It’s time for city council to gain some fresh energy, experience and ideas.”

Incumbent councillor Bill Harper said “being balanced doesn’t mean to say you need to have an equal number of political stripes on council,” as it means council is putting forward a balanced program. He said council has been balanced, citing its efforts to tackle social programs such as childcare spaces and homelessness, and to pursue economic development initiatives.

“I actually don’t think that U.S. coal should be coming through the Surrey Fraser Docks,” said Catherine Cartwright said to applause. “I don’t think the limited number of jobs ... is worth the potential environmental and health hazards. Unfortunately it is largely out of our hands. I believe Port Metro Vancouver has already approved it to go ahead.”

A question about the Hyack Festival Association, which lost much of its funding from the city after an internal squabble at the board level, also drew varied responses.

“I think it’s an excellent festival association,” said Marge Ashdown. “There is a lot of volunteers there who are priceless. I don’t think the city could do a better job, I really don’t.”

After Hyack “basically imploded” and dealt with a wrongful dismissal lawsuit, the city took over planning of last year’s Santa Claus Parade and cut funding to the organization, Puchmayr said.

“We actually did it cheaper than Hyack would do it. This year Hyack submitted a bill for $23,000 to do it. That would have been on top of all the things the city does already. We so far to date have received $50,000 in cash and in-kind from marketers that are out there,” he said. “I see Hyack could come back and do these parades, or any other group that things they could provide that service. I would rather see it that way, but I think the days of giving $150,000 to Hyack are over.”

For more on the all-candidates meeting, visit Theresa McManus’s blog at www.royalcityrecord.com. Click on the Opinions tab, then click on Only In New West under Blogs.