"Have we been consumed by worrying about these issues? Yes," says Dr. Bonnie Henry, as more than 20 B.C. schools have now seen exposures to COVID-19 variant cases
Mar 3, 2021 5:05 PM By: Julie MacLellan 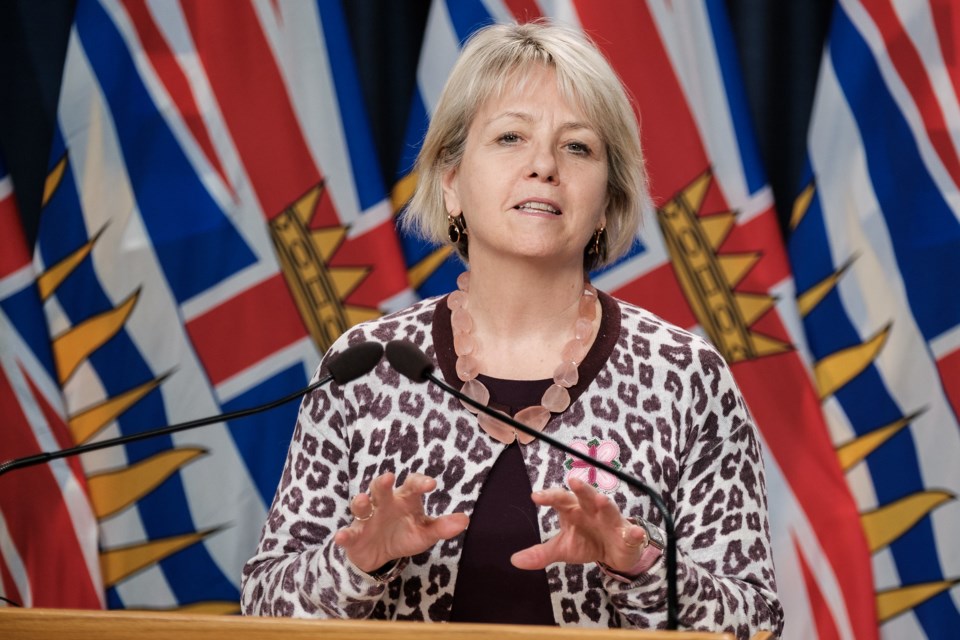 Provincial health officer Dr. Bonnie Henry speaks at a March 2, 2021 briefing. Henry said spring break is on the mind of health officials as COVID-19 variant exposures are on the rise in Fraser Health schools.Government of B.C.

March break will roll out for B.C. students as planned as health officials grapple with rising numbers of COVID-19 variant exposures in schools.

So far, more than 20 B.C. schools have had confirmed exposures to variant strains of COVID-19, and some of those have involved multiple cases.

The region hardest hit by the variant cases so far has been Fraser Health, the territory that stretches from Burnaby to Boston Bar, including New Westminster. No New Westminster schools have yet been affected by variants, but one exposure has been reported in Burnaby, at Marlborough Elementary – where one class has been isolating as a result.

Fraser Health officials have been working closely with the Surrey school district in particular, Henry said, as it's the district that has seen the majority of the variant exposures. She said health officials are working with the district on how schools can best be protected and what needs to be done to address the high level of transmission in the community that is now being reflected in schools.

Henry said contact tracing is critical to ensure that contacts are traced “backwards and forwards” in order to stop transmission – particularly of the variant strains, which are more highly contagious than the original COVID-19. Health officials are also focusing on more widespread testing of possible contacts.

“Even if we don’t know how they became infected, we can ensure that we’re not getting rapid takeoff,” Henry said.

One of the big questions being addressed right now is that of spring break.

School breaks around the province vary by district, but the province is currently focused on the week of March 15, when many breaks – including the two-week spring break in New Westminster and Burnaby – begin.

“We’ve been looking at: How can we find safe places for young people to have activities during March break that they can socialize some more but do it in a way that is safe?” Henry said. “We are looking at a whole lot of things. It’s not an easy question.”

Henry said the province would have more details about spring break within the coming week, noting the idea of having children out of school comes with its own set of complications.

“If we look at school breaks, where we see transmission increasing in school-age children is when they’re not in school, so that is something we need to take into account as well,” she said.