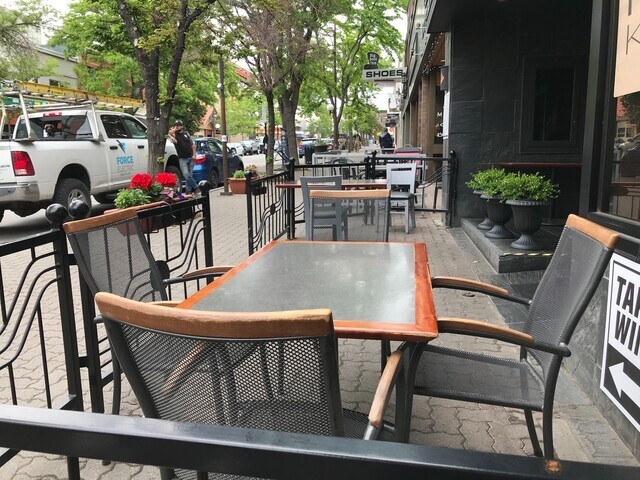 As of Tuesday, restaurants and pubs in B.C. will no longer be allowed to serve patrons indoors. Patio service, as well as takeout and delivery, will be allowed.Castanet Staff

New pandemic restrictions announced Monday outlawing indoor dining in B.C. for at least three weeks are “a disaster” for restaurants, according to some local business owners.

“It’s a disaster. We had to shut down last year for about three months, we worked really hard to reopen. We had to borrow money from the government, it put us in a deep hole. Now we’re getting knee-capped again.”

On Monday, Dr. Bonnie Henry, B.C.’s provincial health officer, outlined a series of new restrictions aimed at slowing the spread of COVID-19 in the province, including a ban on indoor dining at restaurants and pubs. Such establishments will be allowed to remain open, but only for patio service or takeout and delivery.

“We will be down 90 per cent,” he said, questioning whether the restrictions are necessary throughout B.C. or just in the Lower Mainland, where virus spread in recent weeks has been most rampant.

“My issue is it’s my staff I feel for. They’ve been through this once already and it was devastating for them.”

Wiggins said he’s going to keep as many staff working as possible, but it depends on customer traffic.

“We’re going to keep them working as much as we can,” he said.

“Hopefully people come and use the patio so they can keep getting a paycheque and putting food on their own tables.”

Verenca said the new restrictions are especially frustrating because restaurants like his have been playing by the rules.

“I don’t know if these guys know what they’re doing,” he said.

“I don’t recall any major outbreak originating in a restaurant this past month. It’s like the blind in the dark grasping for a solution.”

In announcing the restrictions, Henry said they are aimed at curbing spread happening in social situations.

Henry said the new restrictions will be in effect until at least April 19.