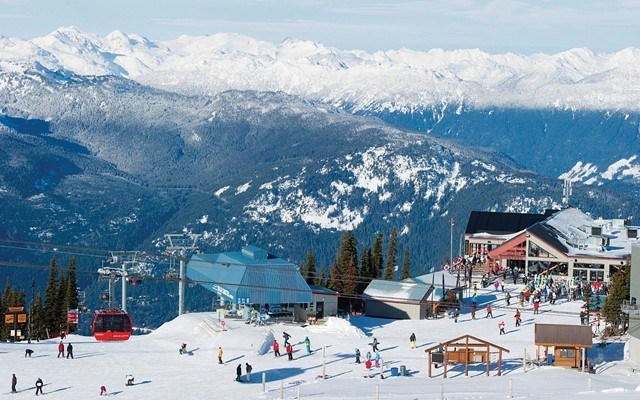 Whistler Blackcomb is set to close from 12 a.m. March 30 until April 19. Photo submitted

Whistler Blackcomb will be closed from 12 a.m. March 30 until April 19.

"We've seen increasing cases again in the Whistler Blackcomb area, despite testing, contact tracing Vancouver Coastal [Health] and the community have been doing together, to try and support people to isolate and to prevent transmission and the immunization program that we've started in the worker accommodation in Whistler," said Dr. Henry at a public health briefing today, March 29.

"Unfortunately, this has not been enough and we're starting to see cases increase again in that community, particularly in the last week with the more worrisome cluster of the P1 Brazil variant of concern.

"We've also seen transmission from travel to and from other communities across B.C. from the Whistler area. As part of this we will be closing the Whistler Blackcomb ski resort."

In a written statement, Geoff Buchheister, chief operating officer of Whistler Blackcomb, said the announcement was a surprise.

"Throughout the season, Whistler Blackcomb has prioritized the health and safety of our guests and employees," he wrote. "Today's order from the Province of British Columbia to close Whistler Blackcomb came as a surprise and we respect the decision and are taking immediate steps to comply."

Whistler Blackcomb declined to comment further on whether the mountain might re-open after the three-week period. Before the announcement, Whistler Mountain was slated to close on April 18 with Blackcomb Mountain remaining open until May 24.

(UPDATE: Whistler Blackcomb confirmed on Tuesday , March 30 that it would not reopen for spring skiing following the closure next month.)

Whistler Mayor Jack Crompton said he hoped this might not be the end of the season.

Other restrictions in effect tonight at midnight until April 19 include:

Travel will also be limited between communities to essential travel for work or medical reasons only.