MERRITT, B.C. — The Coquihalla Highway in British Columbia was closed in both directions between Hope and Merritt on Monday afternoon because of multiple incidents.
Dec 21, 2020 5:30 PM By: Canadian Press 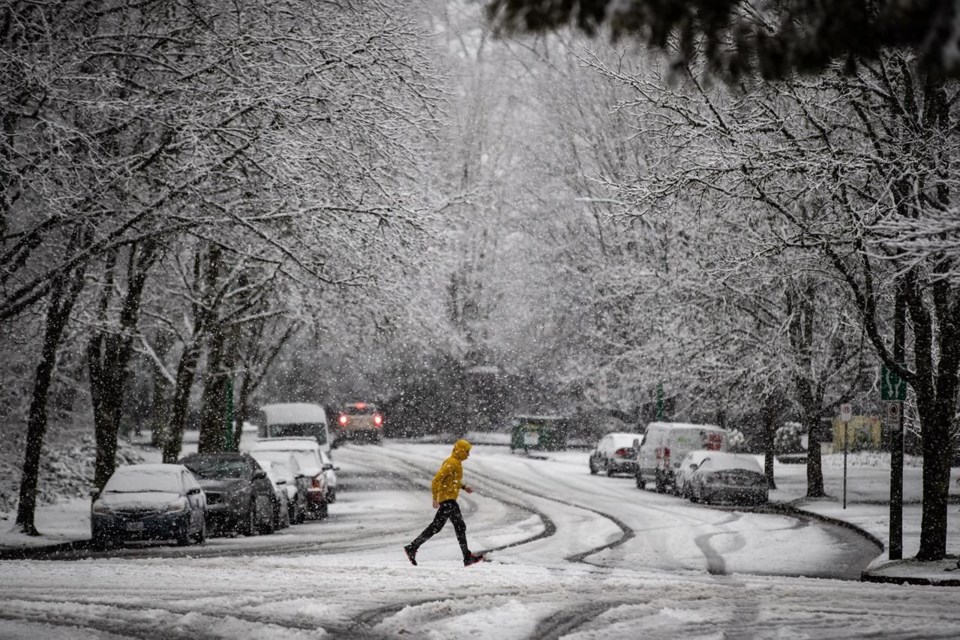 MERRITT, B.C. — The Coquihalla Highway in British Columbia was closed in both directions between Hope and Merritt on Monday afternoon because of multiple incidents.

The Drive BC highway report urged people who have to travel to take other routes like the Fraser Canyon.

Winter storm and snowfall warnings were issued by Environment Canada for swaths of B.C.'s southern Interior, including stretches of several highways.

The weather agency called for up to 35 centimetres of snow in the Similkameen and Elk Valley areas, set to taper off Monday night, while the Nicola and Boundary regions could see accumulations of up to 20 cm.

The snowfall was expected to be more variable in the Okanagan, with less accumulation at lower elevations, though Environment Canada says the highway between Merritt and Kelowna could see heavier snow.

The Coquihalla Highway from Hope to Merritt and Highway 3 from Hope to Princeton were subject to winter storm warnings.

"A deepening Pacific low will make its way across Washington state during the day then will cross the southeast corner of British Columbia," it says. "Abundant moisture associated with the system combined with cold air to the north of its trajectory will produce heavy snowfall across the southern Interior of B.C."

BC Hydro said heavy, wet snow left nearly 90,000 of its customers without power at times on Vancouver Island, the Gulf Islands and in the Lower Mainland.

By 5 p.m., the utility said about 70,000 customers were without power with the hardest hit areas in Duncan, the Gulf Islands, Victoria, Surrey and Mission.