ECB says low rates to stay until the job is done

FRANKFURT — Facing unease over the spread of a more-contagious variant of the coronavirus, the European Central Bank said it would maintain its stimulus in the form of ultra-low interest rates until inflation “durably” reaches its 2% target.
Jul 22, 2021 5:51 AM By: Canadian Press 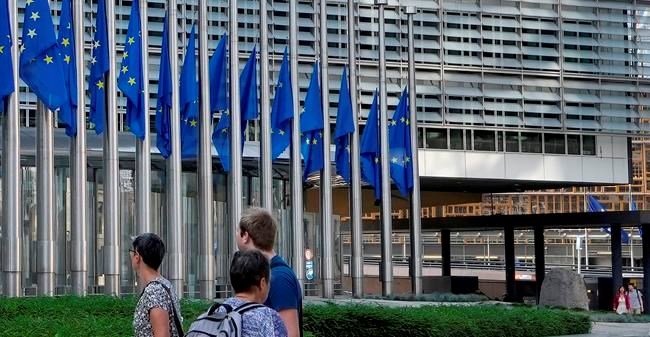 FRANKFURT — Facing unease over the spread of a more-contagious variant of the coronavirus, the European Central Bank said it would maintain its stimulus in the form of ultra-low interest rates until inflation “durably” reaches its 2% target.

The monetary authority for the 19 countries that use the euro said it would not back off its efforts to support the economy even if that resulted in a “transitory” period of inflation moderately above target.

ECB President Christine Lagarde underlined the bank's determination to persist with supportive policy. She said that the recovery “is on track” but warned that the more-contagious Delta variant of the coronavirus “continues to cast a shadow.”

The bank’s policy meeting Thursday was the first to employ the bank’s new monetary policy strategy that analysts say will permit the bank to employ stimulus for longer periods.

The strategy abandoned the bank’s old inflation target of “close to but below” 2% in of a “symmetric” 2% target that allows for extended stimulus in times of trouble — even if that means briefly overshooting the inflation target.

Annual inflation was 1.9% in June, but that figure is not the whole story. The ECB says it is boosted by temporary factors such as higher fuel prices. Core inflation, which leaves out volatile food and fuel, was only 0.9% and the ECB has consistently fallen short of its target in recent years. ECB Lagarde said Thursday that inflation remains “well below our target.”

The bank is purchasing 1.85 trillion euros in government and corporate bonds through at least March 2022 to help get the eurozone economy through the disruption caused by the pandemic. The purchases pump newly created money into the economy and help keep longer-term borrowing rates low. The idea is to make sure credit is easily available so companies can get the financing they need to keep going.

The bank’s key interest rate benchmarks affecting short-term rates are at record lows. It lends to private-sector banks at zero , and takes overnight deposits from them at minus 0.5%, in effect taxing banks for holding onto money instead of lending it.

Right now concerns in Europe focus on the spread of the Delta variant, which has seen case numbers rise sharply in a number of countries. Case numbers are low but rising in Germany, the eurozone’s biggest economy. The seven-day case rate has doubled in just 12 days; 48% of the population has been fully vaccinated but the pace of vaccination has slowed.

Economists say the fact that more people are now vaccinated may blunt the economic impact of the Delta variant. But it could slow the recovery if it leads to unexpected new restrictions and makes consumers more cautious. The European Union's executive commission forecasts growth of 4.8% this year after a plunge of 6.5% last year during the worst of the lockdowns.

French Prime Minister Jean Castex said Wednesday that his country was facing a “fourth wave” of the pandemic with cases rising sharply among unvaccinated people.