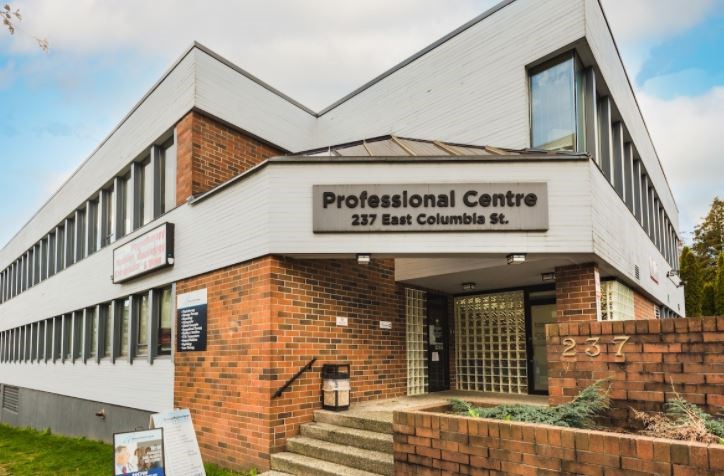 A building on Columbia Street in New Westminster.Macdonald Commercial

We’ve all heard about the crazy Metro Vancouver real estate market, but it’s not confined to just residential homes.

Commercial properties are flying off the shelf fast, including in New Westminster.

Take, for example, the recent sale of an office building at 237 E. Columbia St. for a whopping $6.7 million, according to Macdonald Commercial in a post for Glacier Media publication Western Investor.

“The 12,699-square-foot building on 0.36-acre site near SkyTrain station has potential for development,” reads the listing, which said it has the potential to develop up to eight storeys.

It’s just another example of how the COVID-19 pandemic is stopping real estate sales.

In fact, they have surged to some pretty wild numbers.

As sales climbed, so did the number of Canadians willing to sell their homes.

The market saw 105,001 new listings during the month, a more than 50 per cent increase from 69,665 last March. Listings were up 7.5 per cent on a seasonally adjusted month-over-month basis.

"Remarkable is really the best word I can think of to describe just the strength of the housing market month after month," said Steve Ranson, chief executive of HomeEquity Bank.

Since last year, people have engaged in bidding wars, put in offers on properties they hadn't even seen and often, dropped any conditions they might have attached to a bid.

While pricier markets like Toronto and Vancouver have long felt the heat, suburban and rural regions also saw properties become more expensive and harder to scoop up in recent months because many Canadians were allowed to work from wherever they wanted.

Many have attributed the conditions to a lack of listings, but Doug Porter said new listings hit their highest level on record in seasonally adjusted terms in March.

"The only possible world in which supply can be considered anything remotely in shortage is when stacked up against the extraterrestrial level of demand," the chief economist at BMO Financial Group said in a note to investors.

New listings were "vapourized" by "scalding" and "fiery" demand, said Porter, who included a list of more than 30 adjectives to describe the strength of the market in his note.