The City of New Westminster wants to find ways to preserve affordable and rental housing despite development pressures.
Jan 20, 2018 9:00 AM By: Theresa Mcmanus 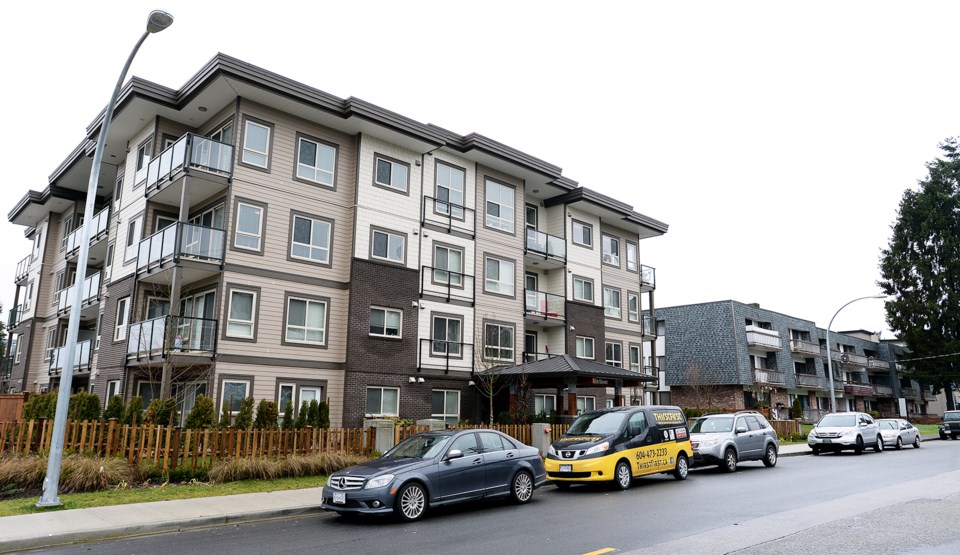 When a purpose-built apartment on Ash Street was destroyed by fire in January 2014, the owner of the Brow of the Hill building chose to build a new rental building in its place. The city, however, can’t stop a developer from building a strata building where rental buildings now exist, but it has the authority to require the project to be built to the current zoning and can oppose any rezoning and variance applications.Jennifer Gauthier

The City of New Westminster wants to find ways to preserve affordable and rental housing despite development pressures.

New Westminster city council has approved the use of $40,000 from the affordable housing amenity provision capital reserve fund to cover the cost of a land economics analysis to support the work being done as part of a rental replacement policy and an inclusionary housing policy.

Mayor Jonathan Cote said both of the policies touch upon redevelopment, so the city wants to make sure it has some good, strong analysis about what the market can bear.

“There’s no point putting in an inclusionary housing policy if that means that no development happens in the city and we don’t get any new housing units – affordable or market – out of the process,” he told the Record. “It really is testing the economics of the market to say, how can we push the limit to try and encourage affordable housing to be part of the development but don’t push it so far that it actually leads to a decline or major slowdown of development in New Westminster?”

A staff report states that inclusionary housing policies aim to ensure that new developments don’t exclude certain classes of people by virtue of high market prices that are unaffordable for certain household income levels. The proposed inclusionary housing policy would strive to get developers to include some affordable and/or rental or special needs housing in new developments.

“I think New Westminster has really been a leader when it comes to municipal policies with respect to affordable housing, but I think for us, we didn’t want to just rest on our laurels. We wanted to really say what is the next big policy work out there?” Cote said. “With respect to inclusionary housing policy, you don’t see a lot of it in Metro Vancouver or in British Columbia, but it’s actually a tool that’s used quite significantly south of the border in the United States. I think it was an idea that really intrigued us, and one that we wanted to do some more policy work to see how it could fit in a city like New Westminster. There are a couple of other municipalities in Metro Vancouver that have started or are doing similar work in the region as well.”

The proposed rental replacement policy would try to have some or all of the new units replaced as rental and/or affordable rental when existing rental properties are redeveloped.

A staff report states that New Westminster has about 8,600 units of aging purpose-built market rental units, most of which was built between 1960 and 1979. These units provide important affordable rental housing.

“There is no doubt with a hot housing market, there’s more pressure on these types of sites,” Cote said. “I think if cities have strong affordable housing policies in place, it’s not necessarily going to stop the demolition of a rental building ever, but it’s going to set a much better framework to ensure that affordability remains in the neighbourhood, compared to if that policy wasn’t put in place. I think that’s something New Westminster can take credit for is the fact we have had some policies in place for a number of years, is a big reason we haven’t seen to the same extent the pressures of redevelopment on rental buildings that you’ve seen in other communities in Metro Vancouver.”