The Queen’s Park heritage conservation area is impacting values of some properties in the neighbourhood – but the city is confident action can be taken to minimize the effects on most property owners.
Apr 26, 2018 12:00 PM By: Theresa Mcmanus 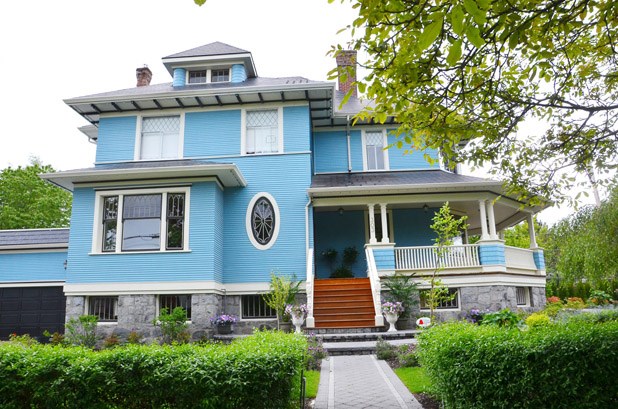 The Queen’s Park heritage conservation area is impacting values of some properties in the neighbourhood – but the city is confident action can be taken to minimize the effects on most property owners.

After approving a heritage conservation area (HCA) for the Queen’s Park neighbourhood in June 2017, city council directed staff to do more work to implement the conservation area and assess any impacts of the policy. The city hired Coriolis Consulting to do an economic analysis of impact of the HCA, focusing on protected properties as they’re the most impacted by the policy.

According to Coriolis, a wide range of factors can contribute to changes in assessed land values, sales volumes and sales prices, including new policies such as the provincial foreign buyers’ tax and general market-wide changes such as higher mortgage rates and tougher mortgage qualification rules.

“It is difficult to draw rigorous conclusions from the data but, taken as a whole, the available information suggests that there has been reduced market interest, as well as lower price growth, in the Queen’s Park neighbourhood since the introduction of the HCA,” said the report. “The indicators suggest an impact of about five per cent to 12 per cent off value on average.”

Coriolis suggest the impact is likely due to a combination of factors including: a lack of understanding about the changes associated with the HCA and concerns about the possible loss of flexibility and increased cost of retaining an existing home; a lack of information about what measures the city will adopt to create incentives for heritage retention or to mitigate impacts; and uncertainty about how the city will apply the new policies and regulations as the HCA is new and few properties have gone through the process. It also said some purchasers may be less interested in Queen’s Park as they’d prefer to build a new house than retain the existing house

“Our analysis indicates that some of the protected (advanced) properties will have little or no impact. These are properties with good-quality, high-value improvements, especially if they are already built above allowable FSR (floor space ratio),” said the report. “However, most properties are likely to experience some impact, in the absence of mitigation measures or incentives. We estimate that impacted properties might see at most an impact of five per cent to 15 per cent value.”

The consultant noted, however, that if the city were to apply its suggested mitigation measures a few properties would still have a “residual impact” even if they used all incentives, as they cannot accommodate the bonus floor space and laneway, due to lot and house configuration.

The HCA protects houses built in 1940 and earlier, by putting them in an advanced (protected) category, which means they require a permit for demolitions, construction to the front, sides or visible roof of the existing building and construction of new buildings and associated landscaping. Houses built in 1941 or later are in the limited category and aren’t protected, while a special limited category is a temporary category for properties considered to be protected because of their age, but may not be able to realize economic values from possible incentives because of the physical characteristics of their lot and house.=

Council will consider Coriolis’s findings, proposed incentives and the results of the most recent community consultation process at a workshop on April 30.

“I think Coriolis has done some really good analysis. The reality is there is not a simple answer to the impact of the heritage conservation area,” said Mayor Jonathan Cote. “There are some properties that have had minimal to no impact and there are other properties that have potentially have had a greater impact.”

Cote said the city hopes to have a benefit and incentive program completed by June so it can address any financial gaps that may have resulted from approval of the heritage conservation area. He still believes the HCA is good for the community.

“Queen’s Park is an incredibly unique and special neighbourhood in the City of New Westminster. The reason that it has that character is that it is a very unique, large collection of heritage homes. I think this is still one of the most valuable policy tools cities do have to be able to help preserve and protect heritage in our communities,” he told the Record. “I think at the time we adopted the heritage conservation area we made commitments we would be continuing the work to look at further incentives and benefits to apply to the neighbourhood and we have been following through with that commitment and will continue to do that and have that process completed by June of this year.”

Cote said one of the consultant’s findings was that one of the major challenges facing the neighbourhood is the uncertainty and lack of understanding of the heritage conservation area. He said providing more education and clarity on the policy and introducing incentives to protected properties in the HCA should help correct any slowdown in the real estate market in Queen’s Park.

Coriolis’s report states it had access to “limited” actual sales evidence related to interest in the market since the HCA was introduced, as only eight properties sold between June 14, 2017 (when the HCA was adopted) and Feb. 28, 2018.

“The fact that the city adopted the HCA in mid-2017 and committed to (but has not yet completed) put in place mechanisms to deal with impacts mean that there is some uncertainty in the marketplace,” said the report. “If sales activity is low, it may be because people are waiting to see what measure(s) will be introduced and if there have been sales at prices below what was expected it may be that purchasers are being wary of the new system pending the adoption of mitigation measures.”

According to Coriolis, anecdotal evidence suggests there is at least a perceived negative financial impact on property values in Queen’s Park and it could be in the order of about 10 per cent of the property value. It stated this impact may be more based on uncertainty due to the absence of mitigation measures at this time, not the specific features of the HCA.

Because only seven months had passed between the time the city adopted the HCA and Coriolis did the bulk of its analysis in February, the consultant said there wasn’t enough time to support definitive conclusions about market activity and impacts of the HCA.

* House size is a factor in evaluating the impact of the HCA because retention of an existing house could involve additional costs or reduced flexibility compared to the construction of a completely new house.

* Land values in the Queen’s Park neighbourhood vary significantly based on lot sizes and the price per square foot of land falls as lot size increases.

* In the past three years, the overall change in average assessed land value in Queen’s Park is three to seven per cent lower than in other neighbourhoods.

* Since the HCA was adopted, housing prices have increased by about nine to 12 per cent less in Queen’s Park compared to other New Westminster neighbourhoods.

* Houses in the limited (non-protected) category don’t need to apply for a heritage alteration permit to demolish or renovate the exiting house. As a result, Coriolis said there isn’t likely to be any negative impact on the marketability of the value of the 193 properties in this category.