How does $20,000 disappear? That’s the question at the bottom of a legal battle between a New Westminster notary public and the couple whose condo sale he facilitated.
Oct 10, 2019 9:47 AM By: Dustin Godfrey 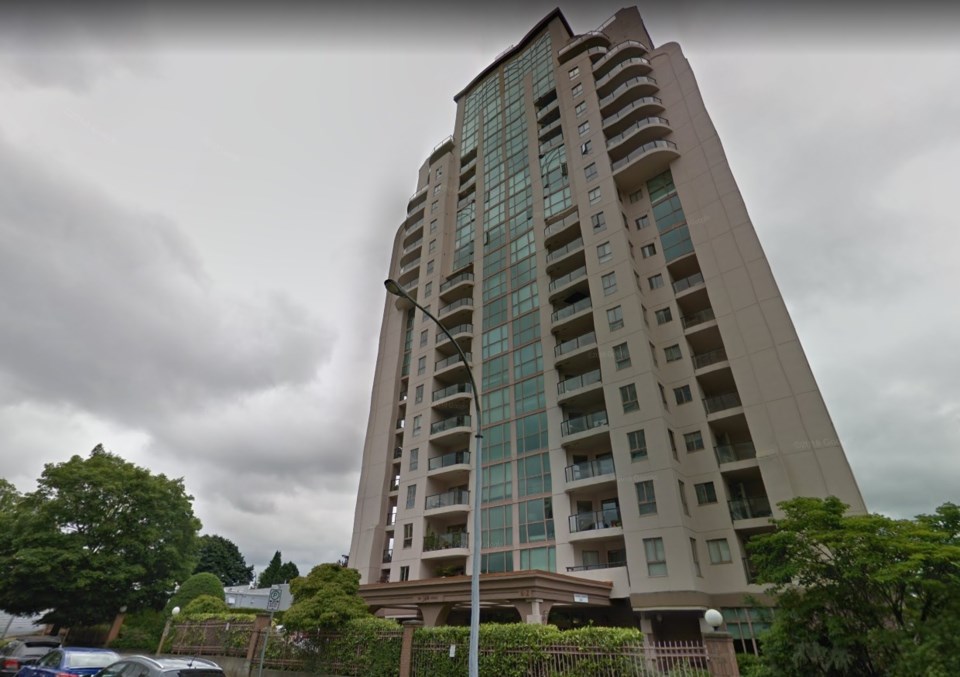 The sale of a condo in this Fifth Avenue building is at the centre of a lawsuit and countersuit between the former owner of the condo and the notary public that facilitated the sale.Google Street View

How does $20,000 disappear? That’s the question at the bottom of a legal battle between a New Westminster notary public and the couple whose condo sale he facilitated.

According to Christopher Dupuis, the notary public and a director of the Society of Notaries Public of B.C., in a lawsuit filed July 29, a typo in his documentation of the condo sale left him $20,000 short.

Instead of the documents noting a $644,153.80 payment from the buyer, Dupuis claims the sale totalled $664,153.80 due to a “clerical error.” The difference, Dupuis claims, was pulled from his trust account to pay the former owners of the condo, which he has had to recover from his own pocket.

The matter stems from the May 15, 2019 sale of a Fifth Avenue condo previously owned by Michael and Colleen Kendall and has devolved into a lawsuit and countersuit between the couple and Dupuis.

Dupuis claims he asked for a $20,000 repayment, but was told the couple had invested that money into the downpayment on their new home. In court filings, he claims a financial interest in the couple’s new home in Campbell River.

But the Kendalls disagree – in court filings, they claim they had $80,000 left over from the downpayment on the Campbell River home.

“It should have been plain and obvious to the notary that the defendants did not require or use the alleged $20,000 overpayment for the purchase of their (Campbell River) home,” they said in court documents.

The Kendalls say they weren’t contacted about the alleged $20,000 overpayment until June 28. Dupuis claims he caught the error at the end of June when going over his books for May. The couple say they were asked to pay through an e-transfer, which raised concerns.

The couple sought to clear the matter up with Dupuis through a lawyer, they claim, but before they could respond, a death in the family required their attention.

In the meantime, Dupuis filed his lawsuit, the couple claim.

“The defendants have never refused to pay $20,000,” the couple claim in court documents.

The Kendalls say they received a cheque of just over $340,000 from Dupuis on May 16, the day after the sale was finalized. They claim they haven’t since received any explanation for the error nor a new calculation to indicate what their share of the sale price should have been.

Instead, the Kendalls say, if there were a $20,000 overpayment, it would have gone into the couple’s long-term investments, and they would take a financial hit if they withdrew that money early.

If there was, indeed, a miscalculation and money must be pulled out of those long-term investments to reimburse Dupuis, the couple say they’re entitled to damages from Dupuis to make up for the losses incurred.

The couple claim Dupuis has failed in his duties to the couple as a notary public, and demand a refund.

In the most recent court filing, Dupuis’s response to the Kendalls’ countersuit, the notary denies the vast majority of the claims made by the couple.

Neither case has been tested in a court of law.