Two-storey penthouse atop Fairmont Pacific Rim in Vancouver’s Coal Harbour relisted on June 7 at $29.9 million, was originally listed in January 2018 for $38 million
Jun 12, 2019 7:00 AM By: Joannah Connolly 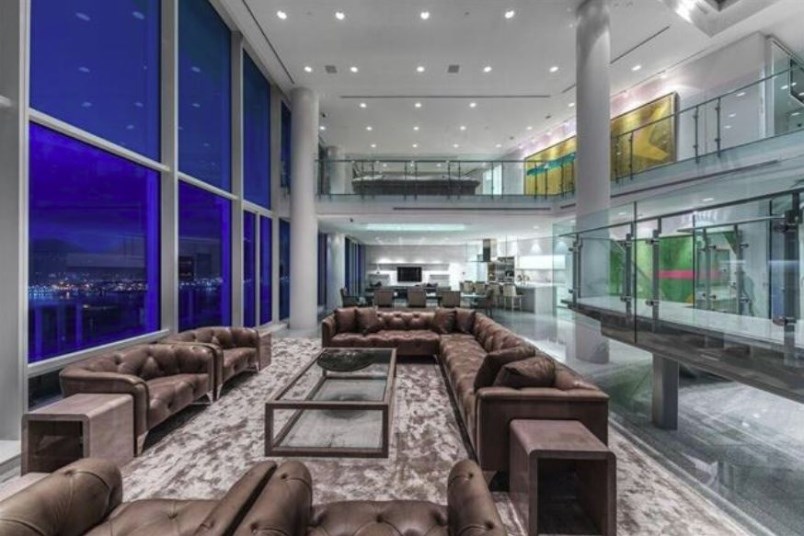 As of December 2018, this newly relisted penthouse in Vancouver is Canada's highest-priced condo for sale on the MLS, at $29,998,000. Listing agent: Malcolm Hasman

That still makes this luxury home the fourth highest-priced listing on the nation's MLS, and the only condo listed above $20 million. The only listings to beat that price are a $59 million lakefront mansion in Oakville, ON, this $39.9 million West Vancouver house, a $35.5 million palatial home in North York, ON, and a $30 million land parcel also in Ontario.

However, the penthouse was previously listed at an even higher price. It was listed in January 2018 for $38 million, and was for a while the most expensive home for sale in Canada, before being reduced mid-2018 to $34,995,000.

Inside the two-level home are vast entertainment and living spaces, double-height ceilings with a grand staircase, four bedrooms, five bathrooms, a gym and a media room.