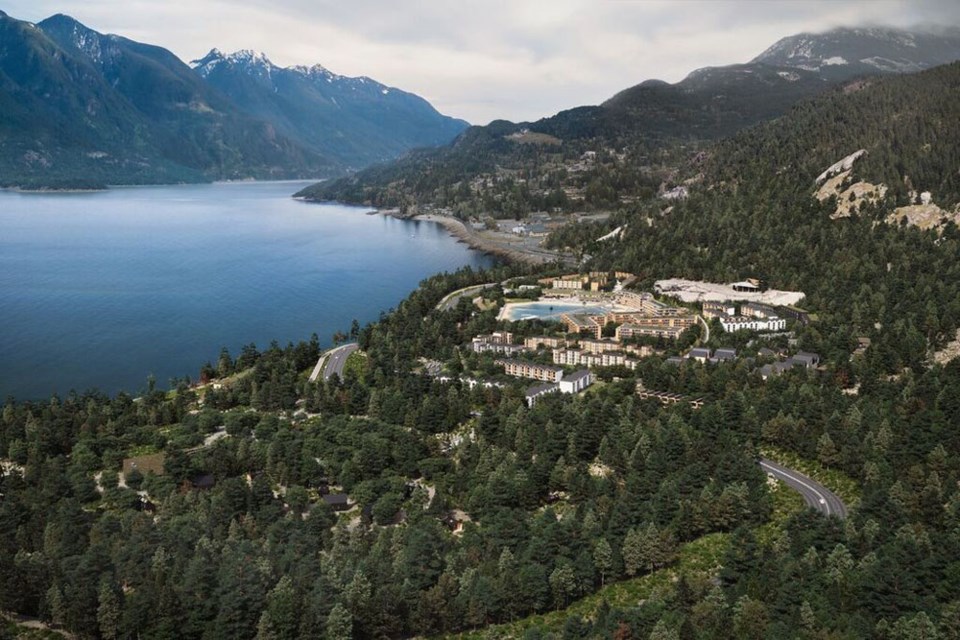 On Sept. 21, developers held an open house on the property's gravel pit, off the side of Highway 99. There, they unveiled what could become the proposed community's economic and tourism driver: B.C.'s first surf park.

"What we're trying to create here is more opportunity for working here so you wouldn't have to commute," Tony Petricevic, the head of development for Tiger Bay Development Corp. (formerly known as Taicheng Development Corp.), said at the open house. "The focus is heavily on not commuting."

The 269,000 square-foot surf park could be open year-round and hold 100 people an hour. Wavegarden, the company behind the surf park, is opening several international locations this year.

"Traditionally, people built a golf course. Golf courses take up a lot of space, cost a lot of money to run," Petricevic said. "Surf parks, they take up much less space, they're a lot more exciting and you really sort of are adapting to the clientele. We think it's a good fit for the location, just outside of Squamish and close to Vancouver."

Along with the surf park, Tiger Bay has also added up to 190 rooms for tourism accommodation to their proposal, which would also generate jobs. The developers anticipate between 400 to 600 jobs over the 25-year build of the South Britannia community, with an estimated population of 2,500 people.

After a rezoning and Official Community Plan amendment, Petricevic said groundbreaking could begin in 18 months. Construction would take another year and a half, with an anticipated 2023 opening date for the surf park.

"This concept of the wave park, I've never seen anything like that," Tony Rainbow, SLRD board chair and representative of Electoral Area D, told The Chief at the Sept. 21 open house.

Also new in this version of the proposal is 50 affordable housing units, bringing the total of residential units for the area up to 1,050, from feedback the developers received from the Squamish-Lillooet Regional District board.

The last time a proposal from Tiger Bay was in front of the SLRD board was in 2017. Then, the board raised concerns such as transit, impact on highway traffic and ensuring the development wouldn't turn into a commuter community. Affordable housing units was one of the requirements the SLRD brought up with the previous version, which Petricevic said they've addressed in this masterplan.

"When MacDonald Developments built that, they always intended for this development to connect up to there, and they left space for growth of that plant," Petricevic said.

While the artisan market has already been approved, Petricevic said, "Unfortunately, the centre of that got burned down about six months ago. So we've gone back to the drawing board to redesign it, and it's still proceeding. We've gone through a bit of a speed bump from that happening. Unfortunately, an arsonist lit it up and stuffed up the plans a little bit. We're expecting to open something by springtime next year."

Another part of Tiger Bay-owned property is the proposed site for a work camp that could serve Woodfibre LNG and Fortis BC, but members of the development team said that would be a temporary project and not a part of the proposed permanent community, which they called a different project.

The latest South Britannia proposal has gone to SLRD staff, and Rainbow said he expects to see it before the SLRD board in the new year. Cheng said the developers want to understand the community concerns and hear what they think of the project/ There will be more open houses in the future for people to give feedback.

"I look forward to hearing what our staff has to say and seeing what the presentation looks like when it comes to us," Rainbow said.