Liberals concerned about future use of collected data
Oct 21, 2019 10:56 AM By: Jeremy Hainsworth 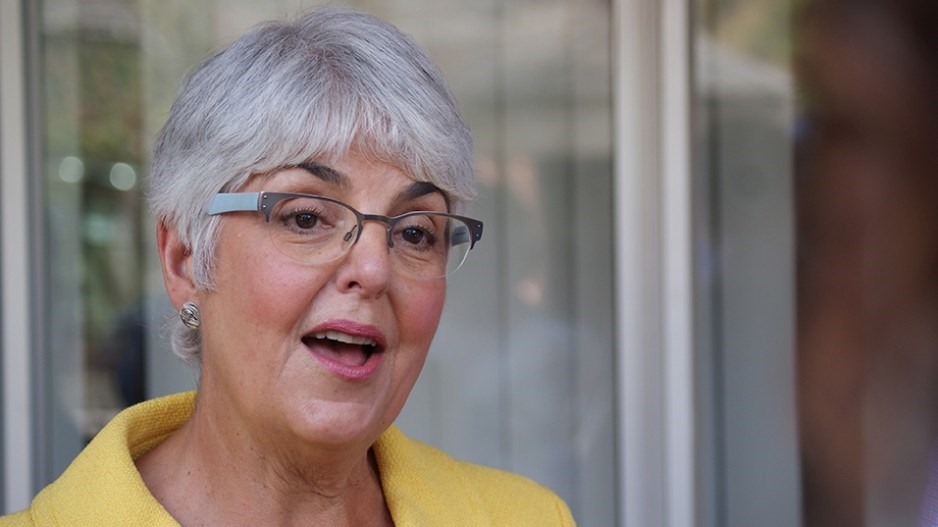 B.C.’s Ministry of Finance can collect, use and disclose taxpayers’ personal information under the Speculation and Vacancy Tax Act (SVTA), the province’s Office of the Information and Privacy Commissioner has ruled.

“I am satisfied that the property owner’s name, address, date of birth, social insurance number (SIN) and email address relate to and are necessary for the program of administering the tax,” adjudicator Erika Syrotuck said in her ruling.

The opposition BC Liberals and other critics have panned the tax for prying into people’s private information, namely by requiring a SIN on declaration forms. The tax required all property owners in specified areas to file a declaration. That declaration is used to determine if the tax should be paid.

And, concerns about the tax and its implications for privacy impacts led the commissioner’s office to open an inquiry after receiving complaints the ministry had exceeded its authority by collecting SINs, as well as letters of concern about collection, use and disclosure of names, addresses, dates of birth and email addresses.

All agreed it was personal information.

At issue was whether or not the tax is a program of the government as defined under B.C.’s Freedom of Information and Protection of Privacy Act (FIPPA).

Syrotuck found the speculation tax is a program as it is an organized implementation of a law passed by the legislature.

“The administrator says the absence of a SIN is valuable because it identifies that a person does not pay taxes in Canada,” Syrotuck said in her Oct. 18 decision. “Any anomalies of the SIN can alert the administrator to further investigate that declaration.”

Complainants said collection of SINs is not allowed under federal law.

The ministry argued SINs are collected to verify other incomes and is subject to the FIPPA.

“The province is not required to get federal approval to use the SIN,” Syrotuck wrote.

She said a SIN identifies a person’s B.C. residency. She said it conforms to the speculation tax’s definition of a resident in British Columbia.

“I cannot see what other reasonable means would be available to the Ministry to verify that a person is a ‘resident of British Columbia’ for the purpose of claiming an exemption, the lower tax rate or a tax credit under the SVTA.”

Further, she said, the SVTA provisions extend to determining if a property owner is and ‘untaxed worldwide earner.’

“I do not see how the ministry could reasonably verify this without the SIN,” Syrotuck wrote.

She found the property owners’ names and addresses relate directly to the tax’s administration.

“The property owner is liable for the tax,” Syrotuck wrote. “The ministry needs to know their identity.”

Finance Minister Carole James said in a statement to Glacier Media the government has been confident information collected is legal and authorized under FIPPA.

“The Ministry of Finance is committed to protecting people’s personal information and privacy in everything it does,” James said. “Social insurance numbers are essential for both the administration of the speculation and vacancy tax, and in preventing tax evasion. I am pleased that the recent decision by the Office of the Information and Privacy Commissioner confirms this.”

Liberal Party finance critic Shirley Bond said the party recognizes the commissioner’s decision as one saying the government’s legislation allows it to collect the information.

“This is not going to sit well with British Columbians,” she said.

What’s concerning, Bond said, is that the collection for administration of what she called a “flawed tax” takes information from 1.6 million British Columbians and creates a huge database.

“We disagree with the database that’s being collected and what the potential future use of that information might be,” Bond said.

James told the Union of B.C. Municipalities’ September annual conference that the tax, instituted in November 2018, is increasing housing stock and generating revenue for housing creation.

The tax was created to address the ongoing affordability crisis in the province’s major urban centres where real estate has been subject to speculation and allegedly used for laundering illegal funds.

“When we formed government two years ago, we really were at the peak of a housing crisis,” James said. “The tax is working as we intended.”

Critics, however, wanted to see more data and questioned James’ claims that the results have been positive.

The NDP government announced the tax last year to free up rental properties and to put a greater tax burden on those who use social welfare systems but do not pay much income tax.

And, James warned, an audit of those exempted from the tax will ensure no one is avoiding paying their legal share.