Moves to reduce reliance on hard-to-recycle plastics have broad support in B.C., Alberta, Saskatchewan and Manitoba, survey finds
Jan 11, 2021 6:00 AM By: Mario Canseco 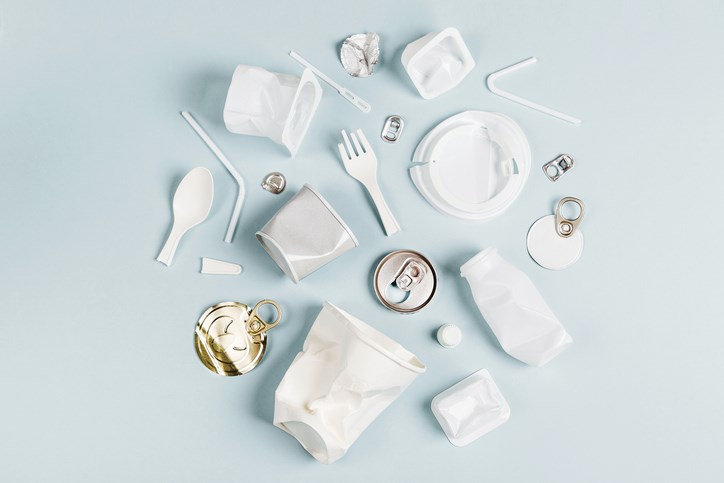 For some people, the COVID-19 pandemic might be regarded as the worst time to discuss our reliance on plastics.

We have seen discarded gloves during our “socially distanced” walks. Grocery shopping bags were ubiquitous as a protective barrier against infection. Coffee shops refused to serve customers who brought their own travel mugs.

But one could also argue that this is the best time to establish changes in our consumer behaviour. We are relying more on food delivered to our home, collecting unnecessary plastic cutlery and adding more containers to our recycling bins in the process. We also drink most of our coffee at home, where many objects are readily available for stirring.

In late 2019, most residents of Vancouver were supportive of the city’s move to ban the distribution of single-use plastic utensils, and thought customers should be required to pay an additional fee for the disposable cups they require when purchasing a beverage.

While some municipalities have already taken action on this file, the idea of a federal ban on single-use plastics began before the pandemic, as a promise from the Liberal Party of Canada prior to the 2019 election that resulted in a minority mandate. In October 2020, the list of items that may eventually disappear from our daily lives was introduced by Environment Minister Jonathan Wilkinson.

We will have to wait until the end of this year to know exactly when it will be against the law to use grocery checkout bags, straws, stir sticks, six-pack rings, plastic cutlery and food takeout containers made from hard-to-recycle plastics. Like all electoral pledges, the federal ban on single-use plastics may be revisited, restructured or rejected, depending on the political opportunities that may arise.

Research Co. and Glacier Media asked western Canadians about their views on the proposed ban this month, and went further to gauge behaviours on issues such as grocery shopping and energy conservation inside the home.

The notion of a Canada without single-use plastics is endorsed by large majorities of residents in the four provinces: 69% in Saskatchewan, 71% in Alberta, 78% in Manitoba and 82% in British Columbia. This is the kind of policy where political allegiance can show a deep divide before implementation. Support is higher among those who recently voted for the Greens in British Columbia (91%) and the New Democrats in Saskatchewan (90%) and Alberta (86%).

Manitoba is a bit of an outlier, with slightly more residents who voted for the Progressive Conservatives (86%) favouring the federal ban on single-use plastics than those who supported the New Democrats in 2019 (82%). Still, more than three in five adults who cast ballots for the Saskatchewan Party (65%) and Alberta’s United Conservative Party (UCP) (63%) are also on board. The animosity from centre-right voters to this proposal is not exceptionally high.

The concept of a reusable bag for groceries is gaining acceptance across the four provinces. At this stage, 77% of British Columbians, 69% of Albertans, 64% of Saskatchewanians and 60% of Manitobans say they rely on this method, instead of plastic or paper bags provided by stores.

Other behaviours have not been entirely embraced by western Canadians. While 54% of residents of British Columbia claim to always go out of their way to recycle containers –such as holding on to bottles and cans until they can be placed into the proper bin – the proportion is slightly lower in Saskatchewan (50%), Manitoba (48%) and Alberta (46%).

Two other issues – the purchase of biodegradable products and the consumption of organic or home-grown foods – are particularly engaging to younger adults across the four provinces.

While the final details on the implementation of the federal ban on single-use plastics are yet to be defined, western Canadians are supportive of the idea and already abandoning their reliance on store-issued bags. An unwavering defence of the plastics industry would not fare remarkably well for any governing party, even for those that are desperate to rekindle with voters during the pandemic.

Results are based on an online study conducted from January 4 to January 6, 2021, among 800 adults in British Columbia, 600 adults In Alberta, 600 adults in Saskatchewan and 600 adults in Manitoba. The data has been statistically weighted according to Canadian census figures for age, gender and region in each province. The margin of error, which measures sample variability, is plus or minus 3.5 percentage points for British Columbia and plus or minus four percentage points for Alberta, Saskatchewan and Manitoba, 19 times out of 20.