Canadians and Americans establish a clear difference on who should be “politically correct” depending on their role in society
Dec 31, 2020 6:00 AM By: Mario Canseco 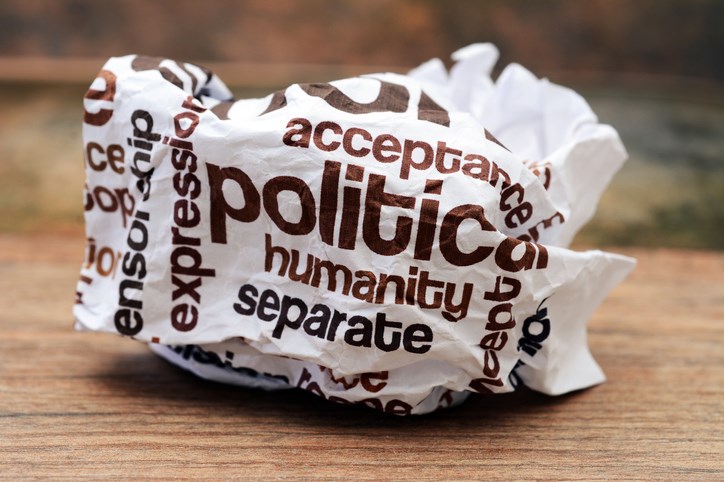 There has been no shortage of controversies related to “political correctness” over the past few years, some of them gravitating around the costume choices of future politicians in Ottawa and Virginia. Television series such as “The Simpsons” have retired characters that over time became too problematic and awkward.

In August 2015, United States presidential contender Donald Trump offered this explanation about “political correctness”: “You can’t say anything. Anything you say today, they’ll find a reason why it’s not good.” Those who have worked for bullies know that Trump was protecting a feature of corporate life that still exists in North America: the ability of some people to demean others because of where they came from or what they looked like.

Regardless of how we feel about Trump and other executives who behave like him, “political correctness” remains a feature of our daily lives. Research Co. and Glacier Media recently asked Canadians and Americans about their views, who should observe this practice and whether it is time to apply the same filters that we have developed in the 21st Century to works that were created decades ago.

For starters, similar proportions of Canadians and Americans (50% and 53%, respectively) say they support the use of “political correctness” in their country. Younger residents, who grew up in a world that is decidedly more watchful of the possible effect of words and descriptions, are more likely to endorse this practice.

Our own personal behaviour outlines a public that can act out of principle or fear. We found that 32% of Canadians and 36% of Americans always act “politically correct” because it’s the right thing to do, including 43% of Liberal Party voters in Canada and 45% of Democrats in the United States.

As well, 11% of Canadians and 15% of Americans say they do not act “politically correct” because they say it’s the wrong thing to do – a proportion that rises to 17% among Canadian Conservatives and 22% among American Republicans.

This leaves a significantly large number of Canadians and Americans (40% and 37%, respectively) who say they sometimes act “politically correct” because it’s the safe thing to do. This means that for every resident of the two countries who decides to use different language to minimize harm to others, there is another resident who does it because they want to minimize harm to themselves.

Canadians and Americans establish a clear difference on who should be “politically correct” depending on their role in society. Sizeable majorities of residents in the two countries want teachers, politicians and journalists to act in a “politically correct” manner “always” or “most of the time.” Fewer than two in five believe the same rules should apply to comedians.

If comedians get a bit of a free pass on having to consistently abide by “political correctness,” Canadians and Americans are also keenly aware of the difficulties presented by works of art created in the past.

A few weeks ago, I tried to watch the 1953 film “Peter Pan” on Disney +. Before the feature presentation began, a message warned me about “outdated cultural depictions.” It was right—some scenes were difficult to watch and one song was particularly painful to listen to.

Our survey shows that large majorities of Canadians (65%) and Americans (62%) agree with adding a disclaimer to explain that programs or movies are presented “as originally created” and “may contain outdated cultural depictions.”

The perceptions on “political correctness” are similar across North America, with subtle fluctuations based on gender, age and ideology. At this point, there is little support for “sanitizing” books or movies created in the past. The inclusion of a disclaimer before movies is appreciated by most Canadians and Americans. Still, it is remarkable to see that just as many adults in the two countries are interested in abiding by “political correctness” because they believe in it and because they fear reprisals.

Results are based on online studies conducted from December 3 to December 5, 2020, 2020, among representative samples of 1,000 adults in Canada and 1,200 adults in the United States. The data has been statistically weighted according to Canadian and U.S. census figures for age, gender and region in each country. The margin of error—which measures sample variability—is +/- 3.1 percentage points for Canada and +/- 2.8 percentage points for the United States.