The stories that we tell matter a great deal when it comes to understanding divisive issues in the community such as the development of social housing.
Jan 10, 2020 11:42 AM By: Elliot Rossiter 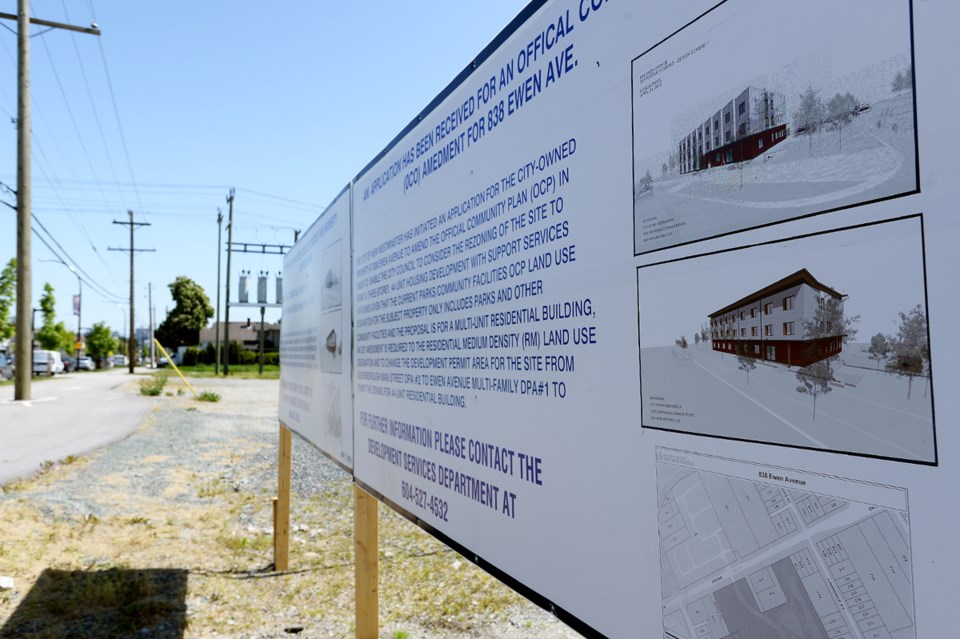 A modular housing project in Queensborough will provide homes for homeless women or women at risk of homelessness.Jennifer Gauthier

The stories that we tell matter a great deal when it comes to understanding divisive issues in the community such as the development of social housing. Our political beliefs are not generally the result of dispassionate rational analysis; rather, they are bound up with emotions like anger, fear, love, sorrow, and empathy – emotions that are stirred by the stories that we tell one another.

This is evident in the controversy surrounding the development of supportive modular housing units in the region, including the site soon to be opened in Queensborough. Stories about the supposed traits of those in need of this housing, the character of the neighbourhood, and potential crimes evoke powerful emotions that animate opposition to these sites.

But these stories manifest a particular kind of injustice toward those in need: it is unjust to have stigmatizing and false stories told about someone when they have no meaningful recourse to respond to those stories in the community. From a place of privilege, it is easy to underestimate the difficulty of participating in public hearings, organizing lobbying efforts, and being authentically represented in the media. For those who are in need of social housing, however, there exist significant barriers to accessing these venues and to being heard in public dialogue.

The challenge here is two-fold: first, public engagement should recognize the emotional dimension of political beliefs and the importance of narrative in public opinion; and second, public dialogue about controversial issues should be structured in such a way that all sides of the story are authentically heard, especially for those who have historically been marginalized.

To address these challenges, the Changing the Conversation: Reflective Empathy and Public Discourse on Social Housing series examines some of the history and current realities of public dialogue about this topic, provides opportunities to centre the voices of those with lived experience of poverty and homelessness, and explores how the arts can be used to generate a more reflective and empathetic approach to these issues.

It is often not any economic or technical barrier that prevents the implementation of supports for those in need, but rather the simplistic – or even false – stories that we tell one another. The failure here is not primarily one of limited resources, but rather one of limited empathy. First-person narrative and the arts, however, have the potential to awaken our moral imagination to appreciate the humanity of those with lived experience of poverty and homelessness.

Elliot Rossiter is a regular faculty member in the department of philosophy and humanities at Douglas College.