The pandemic that continues to govern our every waking moment has succeeded in doing something I had not thought possible – turning B.C. politics into a tamed and dull affair. The current session of the B.C.
Jul 13, 2020 8:23 AM By: Keith Baldrey 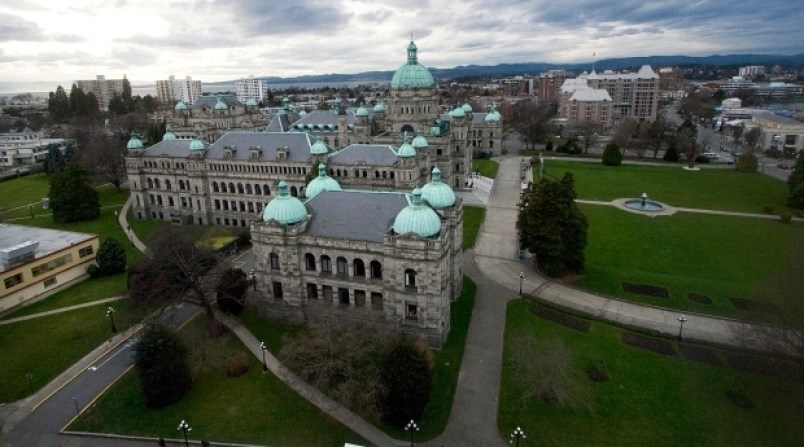 The pandemic that continues to govern our every waking moment has succeeded in doing something I had not thought possible – turning B.C. politics into a tamed and dull affair.

The current session of the B.C. legislature is exhibit A in support of that thesis.

The legislative chamber is often so empty, I half expect to start hearing echoes when I watch the proceedings on Hansard television. In order to enforce physical distancing, there can only be a maximum of 25 MLAs in the chamber at any one time and that occurs usually only during Question Period three times a week.

Everyone else participates in debates via Zoom chats, with the speaker or the chair calling on individual MLAs who are hunkered down at their office desks whenever it is their turn to speak (and occasionally reminding them to unmute their mic).

In terms of getting work done – passing bills and reviewing ministry spending plans – the new approach has been a success, with few glitches. Kudos to the house leaders, the clerks and Speaker Darryl Plecas for making it work.

However, the lack of human interaction is having a noticeable impact on political discourse - the normal cut and thrust of debate that traditionally frames B.C. politics.

“I’m Zoomed out,” said Dan Davies, the BC Liberal MLA from Peace River, told me last week. “It’s so tiring and you’re just sitting there, talking to a computer all day.”

Government House Leader Mike Farnworth agreed with that assessment and noted energy levels had dropped in this unusual, virtual session.

“You just don’t have the same atmosphere. You don’t pick up on the body language from those across the floor,” he said. “Everyone’s using scripts, there’s not a lot of spontaneity and you can’t get a read on anyone.”

“Personally, I would much rather see the whites of a minister’s eyes when I’m challenging them,” he told me. “Video will never replace that.”

The public gallery seats are empty as the legislature building remains closed. The hallways are quiet.

Even press gallery members remain out of sight in the Speaker’s Corridor or the press theatre, where the news conferences and ministerial and opposition availabilities occur. Reporters are hooked up via a phone line and a pool TV camera operator records the proceedings.

A challenge facing every legislative body right now is appearing relevant in a pandemic that shattered the world economy, led to millions of people being out of work and continues to pose a dangerous health threat.

The B.C. legislature is not immune from that challenge. Politicians have to take care not to appear to be politicians in the traditional sense.

This is a particularly difficult issue for opposition parties to address. The BC Liberals have to walk a fine line between raising issues of legitimate importance and others that might have been raised in the past, but now seem rather pointless.

And they now have to walk that line in a virtual world, which allows for political debate to occur, but only in a dull, emotionless process.

As we slowly adapt to the pandemic, we will find our “new normal” in all kinds of places. Eventually, we will find it in B.C. politics as well and that is when the liveliness will return.